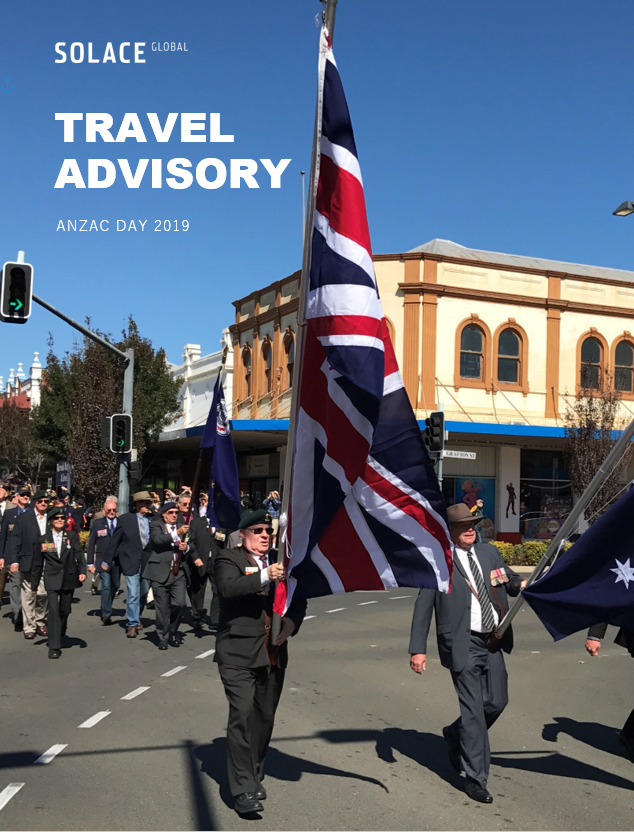 Anzac Day 2019 will be observed on 25 April. Thousands are expected to attend events in Australia, New Zealand, Turkey, and France. It is a national day of remembrance in New Zealand and Australia to commemorate veterans and fallen soldiers; it was originally devised to commemorate soldiers who fought at Gallipoli against the Ottoman Empire in World War One.

Anzac Day, celebrated yearly on 25 April, has been established to honour the contribution of servicemen and women from the Australian and New Zealand Army Corps (ANZAC) during the campaign against the Ottoman Empire in World War One. It was in 1915 that the Cops joined the campaign in Gallipoli and more that 10,000 troops died during the following invasion of Turkey. While only being recognised as a part of the federal Commonwealth for three years, many Australians felt loyal to the United Kingdom and the Allied forces.

How is Anzac Day commemorated?

Traditionally Anzac Day is commemorated with memorial Dawn Services in locations across Australia and New Zealand, which are often held at the same time as the landings at Gallipoli during World War One. Later in the day, several marches and concerts take place in cities and smaller centres, usually beginning or ending at war memorials.

ANZAC Day in New Zealand is a public holiday, schools and most businesses are closed on this day. Following a mass shooting in Christchurch on 15 March 2019 additional security measures have been put in place for Anzac Day commemorations. Some smaller events planned in minor towns have been cancelled and merged with those in larger cities in order to ensure comprehensive monitoring and protection by local law enforcement.

Dawn Service will begin at 0530 across the country, with the largest audience expected at the Auckland War Memorial Museum Cenotaph in Parnell. A further service is scheduled at 10:30. Prince William, the Duke of Cambridge is due to attend the second service in Auckland before travelling to Christchurch to meet with the survivors of the recent terror attack. Additional security personnel will likely be accompanying Prince William.

Road closures and restrictions are in the vicinity of all services and commemoration events during 1200 and 1600, however it is possible that they can extend beyond this in some areas. It is advisable that travellers and attendees to monitor the local police advice regarding  specific services. A full list of service times across all locations in New Zealand can be found on this link.

Large luggage and rucksack-like bags will not be allowed into sites during the services: all essential items such as nappies, child food, are required to be stored in a clear bag. Extensive security measures will be in place and there will be a heightened security presence.

In Canberra, Australia, the national memorial service will be held at the Australian War Memorial. From 0430 until 1500hrs on 25 April, the following road closures/diversion are set to be in place from 2000 on 24 April until 1500 on 25 April:

A free bus service will also be provided to and from the Dawn Service and National Ceremony for those who have pre-registered.

As this event is conducted in the dark, travellers should be cautious of their surroundings where grounds may be uneven or slippery.

At present, Turkey is considered a MODERATE risk country due to the threat of terrorism, civil unrest, and risk of politically-driven unrest.

Further commemorations will be held overnight in Gallipoli in Turkey from 24 to 25 April. Events in Gallipoli are often oversubscribed and can present some security challenges. In the past few years, the Australian government have warned of the underlying risk  for a nonspecific terror attack at events in Gallipoli. Road closures are common during the event for security reasons, which also generally hampers travel to commemoration sites. Access to the Anzac Commemorative Site is expected to commence at 21:00 on 24 April and cease at 03:00 on 25 April.

24 April The scheduled series of events is to occur as so:

It is important to be prepared for travel to Gallipoli. Most travellers to Turkey will require a visa. The easiest way to apply for this is online via the Turkish governments e-visa website. Visitors to Gallipoli commemorations will require an attendance

pass to enter the sites, which will need to be retained throughout their time at Gallipoli. Several checkpoints will be located across the Gallipoli Peninsula prior to accessing the Anzac Commemorative Site, Lone Pine Cemetery and Chunuk Bair where you will be required to produce your attendance pass as well as photographic identification, such as your passport.

Airport style screening will also be in place for entry into event sites. Liquids, gels and aerosols will not be permitted onto the site. For cultural reasons visitors may be asked to split into male and female queues. All those travelling via the provided coaches will be asked to disembark at a security check point where they will be patted down and bags searched.

The weather conditions can be challenging and variable. During the night and early hours the temperature may drop to below freezing with the day temperature being very hot. Heavy rain and strong winds have been reported in the past few years. The commemoration sites are in remote, exposed areas that offer little shelter, it is best to dress and pack accordingly.

Travellers can expect to walk approximately 8km during commemorations, often on difficult terrain, including steep hills and cobbled paths. Leaving the commemorations can take time and travellers are advised to avoid onward travel plans for 25 April. The Australian Department of Veteran Affairs advises travellers to use organised tour services for ease of access to commemorative sites, as access of private vehicles is at the discretion of Turkish authorities. There are limited food facilities available on-site; travellers should bring an adequate supply of food and water (open bottles of liquid will not be allowed at commemorative locations).

It also important to be prepared for travel to Villers-Bretonneux and the Australian National Memorial. Continuing ‘yellow vest protests’ look set to impact France and cause additional unrest and disruptions; journey times may be impacted and these protests have seen widespread violence and repressive security forces. Airport-style security is also set to be in place for events located at the Australian National Memorial outside of the village of Villers-Bretonneux. Forbidden items such as liquids and aerosols will not be permitted. It is also important to arrive on-site early to allow time to pass through security. The security screening process can take up to an hour alone. It is important to adhere to the instructions of security officials in France. Local Authorities advise that the road between Villers-Bretonneux, Corbie, and Fouilloy will be closed for approximately 24 hours from 1400 on 24 April.

Due to the installation of technical equipment for the conduct of the commemoration, for safety reasons the central tower of the Australian National Memorial will be closed to the public from Sunday, 21 April 2019.

Travellers should note that due to the overnight nature of events, there is the potential of cold and wet weather. Similarly to Gallipoli, there is no permanent shelter at the Australian National Memorial in Villers-Bretonneux. While the event is expected to be less taxing physically than in Gallipoli, seating is limited, and visitors should expect to walk 300-metres uphill after arriving at the Memorial. There are no parking facilities on site, with access available only through the ‘park and ride’ facility, including for those travelling through tour operators. There will be a shuttle service between Amiens Train Station and the ‘park and ride’ at Géant supermarket, in Glisy.

Further events are expected to be held at Longueval in France for fallen New Zealander soldiers and at Australia’s and Nee world. Travellers should also ensure that they have insurance in place before visiting France and ensure that the import of any prescription medication does not contravene French law. 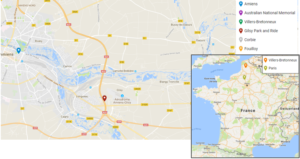 As Anzac Day events include large public gatherings, expect severe travel disruptions as enhanced security measures are implemented. Heightened security measures aimed at preventing vehicular terror attacks will also be in place at events across Australia and New Zealand, armed police will be present across events. Travellers are advised to allow for extra travel time on 24 and 25 April if in Australia or New Zealand, especially if in a major urban area.

Both France, Turkey and more recently New Zealand have suffered from terror attacks in recent years. Events in both countries will involve enhanced security measures to prevent any potential attack. Travellers should adhere to official instructions as there is the potential that security forces will respond to noncompliance with an assertive or aggressive response. Advise the local authorities should you see anything suspicious.

Solace Global would not advise clients of the need to employ enhanced security measures when visiting Australia, New Zealand, or France. However, careful journey management planning is advised if travelling in rural areas. Whenever at large gatherings it is always advised to be vigilant, know your exit routes, leave valuables at home, keep your belongings well concealed, and maintain awareness of who is around you and what they are doing.

Travellers to Turkey may wish to consider the use of a pre-arranged, locally-vetted driver for most areas. Travel to the southeast of the country should only be undertaken with physical security measures in place.

Travellers are advised to use travel-tracking technology where possible with an intelligence feed for all travel in the region. This should enable a traveller to be alerted of any security updates within their vicinity, and to update others of their movements in case of an emergency.

Want to learn more about how important a travel risk management strategy is, pre and post #COVID? Check out this we… https://t.co/CALjtkYAYn

!WE ARE HIRING! Due to our continued growth Solace Global Risk is recruiting for Response Operations Managers to j… https://t.co/4sL0IZBjCb

With years of working closely with HNWs, we have created a one-stop-shop guide detailing everything you need to kno… https://t.co/gfuhGxdqVJ

At Solace Global our #traveltracking platform goes above and beyond. From innovative ideas to utilising customer fe… https://t.co/c4KFYT6G7m

!WE ARE HIRING! Solace Global Risk are recruiting for a Software Developer to join our team in Poole, Dorset. For… https://t.co/uItqEMGRoM

On 6th September a spate of #stabbings took place at four locations across #Birmingham City Centre, killing at leas… https://t.co/keayEpoCOu

We're Hiring! Solace Global are looking for a Part-Time Digital Marketing Executive to join the team. For more in… https://t.co/JtM6tsm2x5

The #US continues to be the worst affected nation as #COVID19 cases surpasses 6.29 million with surges being report… https://t.co/xK28qoyug8

RT @ITIJEditor: I explore what #travelriskmanagement specialists can offer corporates when it comes to protecting globally mobile workforce…