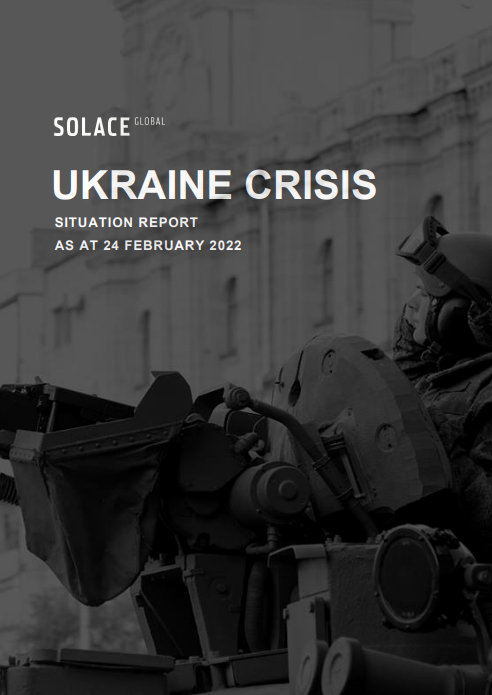 At the time of writing, Russian Armed Forces have entered Ukraine at multiple locations, and several Ukrainian cities have been targeted by missile strikes.

• On 24 February 2022, President Putin declared that Russian Armed Forces would deploy on limited operations to the Donetsk and Luhansk Oblasts. In the following hours, Russian troops and vehicles crossed the Ukrainian border in a number of locations, whilst extensive missile strikes targeted a number of cities such as Dnipro, Kharkiv, and Kyiv occurred.

• Troops have been seen entering Ukraine from Belarus, the Donbas region, and also from annexed Crimea, in the largest military operations seen in Europe since the end of the Second World War.

• In the short term, Russia is likely to continue extensive aerial bombardment and missile strikes targeting critical military infrastructure around key urban centres with a view to seizing territory. Aerial superiority will be sought by the Russian Air Force, via a combination of reducing the combat effectiveness of Ukrainian Air Forces and by destroying air defence installations east of the Dnieper River.

• Solace Global advises against all travel to Ukraine. Business and commercial operations in country should seek to evacuate to the west of the country at the earliest opportunity. Evacuation and Business Continuity Planning should be implemented immediately, focusing on protocols that staff members should follow in the event there is further significant deterioration in their local security environment.

As of 24 February 2022, Solace Global can offer full in-country support. As the situation is evolving rapidly, please get in touch on 01202 308810 for further information on what support is available.

The report will be sent to your email – please check your junk folder.