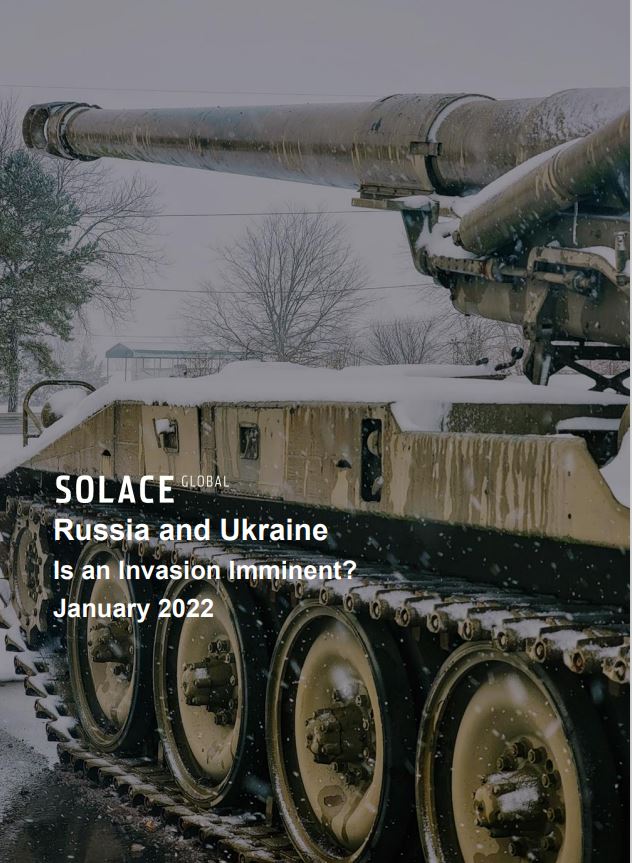 Global Security | Russia and Ukriane – is an invasion imminent?

Tensions have risen between Russia and Ukraine in recent weeks as the latter has amassed approximately 100,000 troops on the Russian-Ukrainian border, stoking fears of a full-scale invasion.

• Tensions between Russia and Ukraine, NATO and the US are at their highest for several years.
• Talks between Russia and the US aimed at de-escalating the situation have so far proved inconclusive. A new round of talks is due to be held on 21 January.
• The US has warned it is prepared to impose “massive” sanctions to inflict “severe damage” to Russia’s economy in response to Russian threats and aggression.
• The British Parliament’s Defence Committee warned that a Russian invasion is increasingly “inevitable and imminent.”

Russia has amassed a large military force along the Russia-Ukrainian border.

Tensions have risen between Russia and Ukraine in recent weeks as the latter has amassed approximately 100,000 troops on the Russian-Ukrainian border, as well as tank, mechanised and artillery units, stoking fears of a full-scale invasion.

Alongside this, in recent days there has been a notable increase in the frequency and intensity of fighting between Ukrainian forces and Russian-backed separatists along the so-called ‘line of contact’ in Ukraine’s Donbas region. Talks in early January designed to try and ease the tensions between Russia, the US and NATO were described as “unsuccessful,” whilst Russia stated that the talks revealed “continued disagreement on fundamental issues.” Despite this, on 19 January, it was announced a new round of talks would be held between Russia and the US on 21 January in Geneva.

Our situation report details the developments between Ukraine and Russia, and what this could mean for global security in the weeks and months ahead.