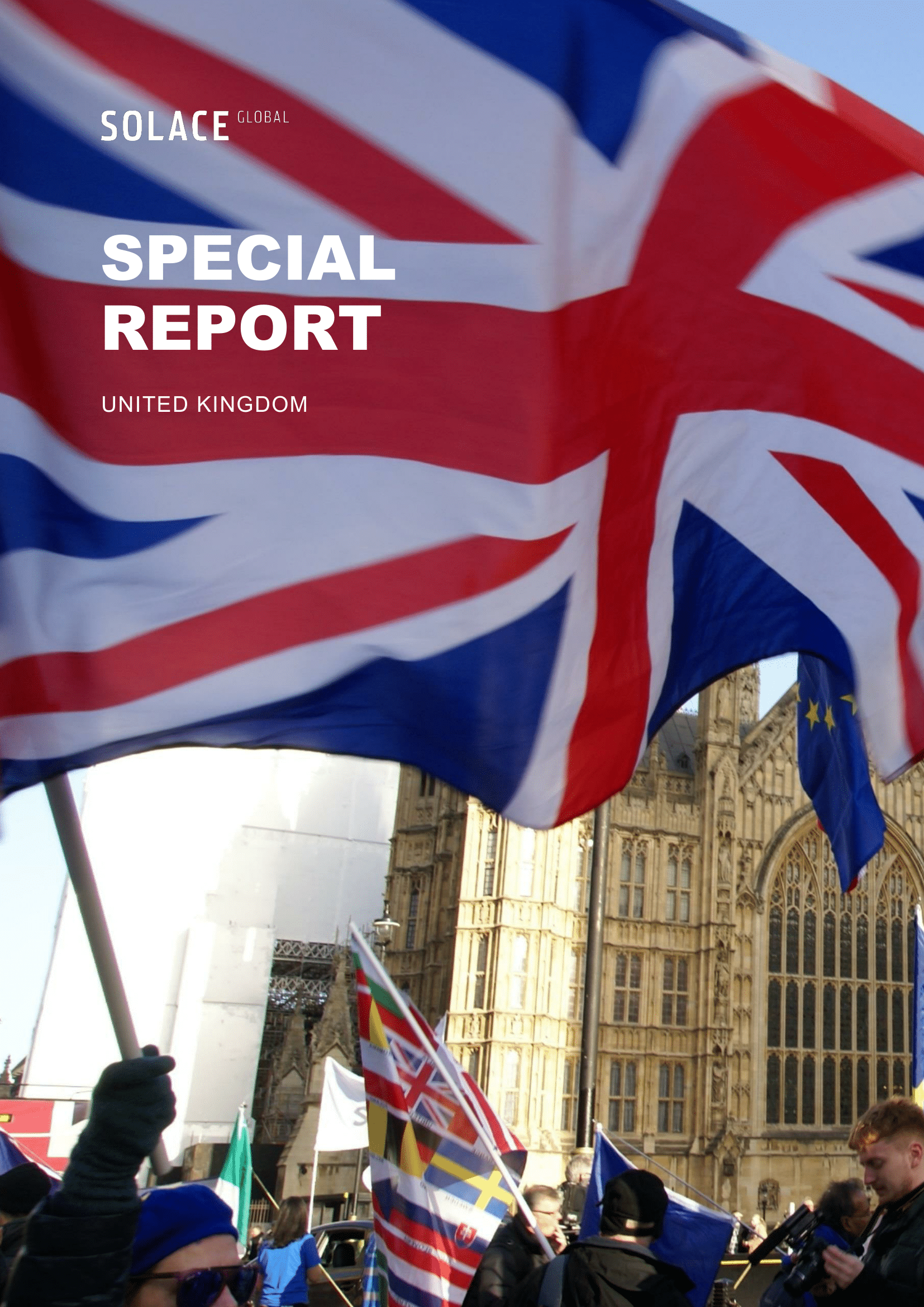 The United Kingdom faces another crucial week in Brexit

Potential for significant changes in political landscape with possibility of a second referendum, a leadership challenge or general elections following a vote on 25 March giving Parliament control of the next steps.

The United Kingdom’s withdrawal process from the European Union has reached a crucial week. However, it seems like every week is starting to represent a crucial turning point in the ongoing crisis hitting Britain’s political system. Until last night, the Parliament was almost completely paralysed, while the two main political parties in Westminster – Conservatives and Labour – kept seeing internal disputes over what sort of Brexit they want. The next biggest party in parliament, the Scottish Nationalist Party (SNP), is trying to give meaningful opposition to Brexit, especially a no-deal Brexit; however, the party also has an agenda to achieve Scottish independence from the United Kingdom. Many within the SNP are pushing for the party to “exploit” the chaos of Brexit to call a second referendum; these calls may become louder should the UK leave without a deal.

At the time of writing, Theresa May has also reportedly considered her resignation in return for her deal passing. While this may result in a change at the top of the Conservative party, it will not fundamentally affect the next steps for Britain; whether the deeply unpopular deal passes or not. Should it fail to pass, all options of no-deal, a new deal, a second referendum or an election remain possible.

Despite the prime minister’s lack of popularity, she has managed to keep the Conservative party relatively united in the face of deep divisions; so deep that some members are calling for an immediate departure without a deal and others calling for a revocation of Article 50. Her resignation could expose the Conservative Party to an internal schism that would irreparable. Indeed, it could be argued that this schism has already happened, and it is only a matter of time before it manifests its true scope.

Following the amendment last night, which gives MPs the right to vote on an as-of-yet released list of options without the government setting the agenda, there may be an ultimate change to the shape of the future of Brexit. However, the actual steps ahead appear no clearer than two months, six months or a year ago. Furthermore, Theresa May has made no indication that she will abide by parliament’s wishes; though it remains unclear if she would be able not to. All this means for businesses and the general public is that the actual way forward will not become clear until, possibly, the end of the week; with possibly 12 April being the first real indication of what may happen to the United Kingdom.

The political crisis also has the potential to escalate further, should certain sections not get their desired outcome, reinforcing the risk for the UK to face significant challenges in the coming months. A cancellation of Brexit would result in the European Research Group of the Conservative Party possibly splitting from the party or taking control; as well as the possible significant rise in more extreme-right wing politics in the country. This could be coupled with more defections from the Labour Party.

May’s potential offer to resign raises the hope that maybe the UK will reach a consensus on the Withdrawal Agreement. Should this happen, there is a likelihood that the Conservatives will have a leadership election that may even lead to a general election; an eventuality that opposition leader Jeremy Corbyn has been pushing for. The deal still looks unlikely to pass, despite the parliamentary debate last night, leaving Britain opened up to three main eventualities: a long delay to Brexit, which is the most likely, leaving with a no-deal, which is also very possible, or a referendum and the possible revocation of Article 50.

First, a long delay would be the worst for businesses, as it prolongs the lack of clarity and the continued exhaustion among the political class, Europe and the electorate over Brexit. No-deal would also likely see a plethora of companies chose to reposition their headquarters outside of the UK. This option would see tariffs applied on all goods travelling between the UK and the EU; unless, and if, a hasty deal could be agreed in time. As a result, there is a high likelihood of that the price of goods in shops will increase exponentially, a possibility that is considered likely regardless. Manufacturers may also decide to stop plants immediately and move production to Europe to avoid delays in components crossing the border. All resulting in a hit on the British economy and putting pressure on the British government.

As mentioned in the Implications of Brexit on Travel report there will also be an impact to the freedom of movement and while both the UK and EU governments have made commitments, EU nationals in the UK and UK nationals in the EU will have to undertake processes they have not had to before. The Irish border would also become a “hard” border, which would lead to pressure to enforce customs and immigration controls; both of which would put a strain on the local communities. Historical tensions in Ireland could be stirred by this hard border, which is likely to result in episodes of violent unrest; the Real Irish Republican Army (Real IRA; also called the New IRA) and others may use the hard border to further their goal of a united Ireland. Though a return to the Troubles in the 70s, 80s and early 90s is unlikely at this stage.

Additionally, there have also been reports that the UK could see certain food shortages; although often being dismissed as scaremongering. The immediate crash out and hardship may escalate the divisions which the country is currently already experiencing through Brexit. This would likely initially manifest in protests all over the UK; however, over time it would like result in people turning to new political parties, similarly to what has been seen with Macron’s En Marche! and Jean-Luc Mélenchon’s La France Insoumise in France or Forza Italia in Italy.

Finally, the revocation of Article 50 would most likely only be possible if proceeded by a public vote. While many have praised the merits of a complete U-turn, the scuppering of more than two years of negotiations and political effort would likely be looked on poorly by the rest of the EU. Britain would also face consequences: unrest would be almost certain, as would be a rise in a political extreme right, similar to the German Alternative for Germany (AfD) or the French National Rally (RN; previously called the National Front, FN).

The political fallout could also result in unchartered territories for British politics; MPs have already defected from Labour and the Conservative parties. Further defections and, possibly, even the complete splits of one, or maybe both, of the main political parties is possible going forward. While coalitions are regular occurrences on the continent, the United Kingdom has rarely seen a coalition government last beyond 12 months with the Conservative-Liberal Democrat coalition in 2010 being a rare example.

The continued confusion and crisis over the withdrawal of the UK from the EU is causing great insecurity for businesses. Issues such as Scottish independence or a potential “hard border in Ireland would put incredible strain on business confidence, operations and existing supply chains. Especially, solving the Irish border issue creates a major stumbling block, with the unrest possible, and the infamous “backstop” proposed in Theresa May’s Brexit deal is unlikely to gain much support as a solution. While going forward, the inconsistent custom laws, both in the UK and the EU, would force there to be some sort of border checks along the Irish border, as any opportunity to undermine the other country’s customs laws would likely be met with resistance in Westminster or Brussels.

Regardless, preparations for a period of instability in the United Kingdom should still be made by businesses. Supply chains are likely to be impacted, with further business reorientation towards the continent also highly likely; whether because of Brexit or because of the lack of clarity around it. Thus far, the relocation has been seen in companies like Aviva (which has moved assets to Ireland), Bank of America Merrill Lynch (staff to Paris), Barclays (assets to Ireland), Dyson (headquarters to Singapore; though the decision is said not to be related to Brexit), Easyjet (set up a new company in Austria to protect its European interests), Ford (cutting staff numbers), Honda (cut of 3,500 jobs; though this also was announced not to be related to Brexit), Nissan (moving manufacturing back to Japan in response to a new trade deal between Japan and the EU), Rolls Royce (4,600 jobs), Sony – as well as Panasonic – (moving headquarters from London to Amsterdam); just to name a few.

However, should the UK manage to sail through the instability, some businesses may see a boom from the freedom of Brexit; whether a deal or no-deal is agreed. A reorientation of the British economy away from existing sectors and trade partners may see a more longer-term boost to the economy. The EU, despite, together, being the biggest economy in the world; is not growing at the same rate as some countries; such as those in Africa or Asia. However, this will not change the fact there will be a short-term shock impact; which would have to be weathered by businesses in both the United Kingdom and those in Europe.

We have also written a report on the likely impact to travellers: Implications of Brexit on Travel – Solace Global. All the information in the report still stands, just that the dates may now be revised to 12 April (with no-deal) or 22 May (with some version of Prime Minister Theresa May’s deal). Please feel free to refer to this report for a look at the implications of Brexit on travel