On 30 July 2018, Zimbabweans will go to the polls in their general election. The vote will see the seats in both houses of parliament (the House of Assembly and the Senate) up for grabs, as well as for the presidency. The president is elected via a two-round system, with 50 per cent of the vote required by the victor. Should a run-off vote be required, it will be held on 08 September 2018. There are 23 candidates for the presidency, with the two candidates likely to garner the most votes being President Mnangagwa of the Zanu-PF (Zimbabwe African National Union-Patriotic Front) and Nelson Chamisa of the Movement for Democratic Change, an alliance consisting of seven political parties (hereafter MDC). In the parliamentary elections, there are 55 parties on the ballot for the 270 members of the House of Assembly and 80 members of the Senate. 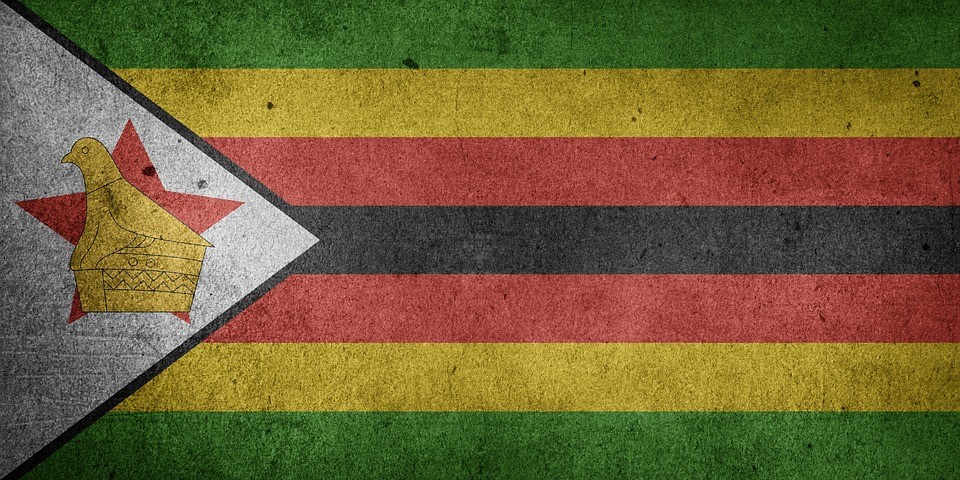 Political: On 30 July 2018, Zimbabweans will go to the polls in their general election. The vote will see the seats in both houses of parliament (the House of Assembly and the Senate) up for grabs, as well as for the presidency. The president is elected via a two-round system, with 50 per cent of the vote required by the victor. Should a run-off vote be required, it will be held on 08 September 2018. There are 23 candidates for the presidency, with the two candidates likely to garner the most votes being President Mnangagwa of the Zanu-PF (Zimbabwe African National Union-Patriotic Front) and Nelson Chamisa of the Movement for Democratic Change, an alliance consisting of seven political parties (hereafter MDC). In the parliamentary elections, there are 55 parties on the ballot for the 270 members of the House of Assembly and 80 members of the Senate. In the House of Assembly, 210 members are elected in single-member constituencies with 60 women elected by proportional representation in ten constituencies based on the country’s provinces. For the Senate, 60 members are elected from six-member constituencies, based on Zimbabwe’s provinces, by proportional representation using party lists. There are also two seats reserved for those with disabilities and 18 for traditional chiefs.

This marks the first election since long-term President Robert Mugabe was deposed by Mnangagwa and the military in a coup in November 2017.

The election period is well underway at the time of writing. Zimbabwe has also confirmed that election day will be a national holiday.

The transparency of the vote has already been called into question ahead of the 30 July polling date. Tensions have been rising in Zimbabwe over this issue – will the first post-Mugabe vote be free and fair? Will this election ensure a significant enough break from the past?

Despite concerns that Mnangagwa would rule in the same vein as his former mentor and perhaps delay the election, this has not been the case. The president has invited EU, US, and other observers to monitor the vote (for the first time since 2002), and has offered assurances that the vote will be free and fair. Though given Zimbabwe’s electoral history under Robert Mugabe, and recent criticism by opposition figures, this has been called into question.

The ballot itself is meant to list candidates in alphabetical order, however, this has been edited to allow President Mnangagwa to be placed at the top of the second page of the ballot, allowing him an advantage; he should be listed 15th alphabetically. Page one of the ballot has candidates one to 14, page two has candidates 15 to 23. The Zimbabwean Electoral Commission has also made adjustments to election protocol by moving voting booths to within sight of election officials and party agents, increasing the potential for voter intimidation. This was prevalent in recent elections in Zimbabwe, especially in rural areas. Already this year, thousands have reported that they have been asked for the serial number on their election registration slips. Having such details may allow others to track their voting decision. Moreover, the military has been accused of deploying en masse in rural areas, purportedly to work on agricultural projects. Many see their presence as an attempt to influence voters.

On 12 July, images emerged on social media of police officers voting in police camps in Bulawayo. While Zimbabwe’s election commission rubbished the reports, they were confirmed by police who were apparently voting via postal ballots as they were to be mobilised on election day. The police, though, was regulating the voting process without overview by election officials. The opposition voiced concerns that the election commission was not in control of the vote and that the police may have been involved in malign acts, perhaps even ballot stuffing. Activists have also reported that there are more than 250,000 names on the electoral roll which were either wrong, duplicated, invalid, or statistically improbable.

One of the most surprising aspects of the campaign so far is the lack of violence. Many commentators predicted that this election, which marks a significant shift in Zimbabwe, would see numerous violent events; violent unrest is a common fixture in Zimbabwean elections. In the 2008 election, 200 people were killed, and thousands fled their homes as polling day approached. However, with the exception of an explosion at a Zanu-PF rally held on 23 June which killed two and injured dozens, peace has so far prevailed as the country heads into the home stretch of the election. There have been disruptive protests and rallies, but these have remained peaceful. Events include a march in Harare on 11 July organised by the MDC against the perception of a lack of electoral transparency. The rally was attended by thousands. The MDC also plans a final pre-election rally in Bulawayo on 28 July. If violent clashes do occur, they are more likely to take place after the 30 July vote, especially if irregularities, genuine or perceived, occur. This seems a realistic probability given that polls have Zanu-PF and the MDC running neck and neck.

After years of economic mismanagement – 95 per cent of the population is unemployed or underemployed – the big test for the victor of the election will be securing Zimbabwe’s long-term stability. President Mnangagwa has already promised that the seizure of white-owned farms, which began in the late 1990s and seriously damaged Zimbabwe’s agricultural output, was over. In order to encourage the return of desperately needed foreign investment and foreign aid, both of which were not forthcoming in Mugabe’s reign due to his more extreme policies, further actions of this kind will be required. Foreign investors and governments are also likely to prioritise a free and fair election as a prerequisite for the return of resources. Despite Mnangagwa promising Zimbabwe was ‘open for business’ investors appear to be waiting for the election to take place before making any moves.

If Chamisa is able (or allowed to) win, it remains to be seen what his relationship with the powerful Zimbabwean military will be. Aforementioned reports of intimidation by the military raise fears that it will intervene to ensure Mnangagwa’s victory. This has precedence. It was Mnangagwa’s side-lining by Robert Mugabe and his wife Grace which was the spark for the bloodless coup in November 2017; Mnangagwa remains incredibly influential within the upper echelons of the military. There is no guarantee, however, that junior officers would mobilise to support the 75-year-old veteran if ordered to do so.

Travellers are advised to expect potentially violent protests and political events in the lead up to election day. Mass gatherings may also occur after the vote with a greater potential for violence in the event of a disputed election. All election events and demonstrations should be avoided due to this potential for violence; police are likely to respond with aggressive crowd dispersion tactics. Demonstrations are most likely to occur outside political and governmental buildings in major cities; actions which the opposition views as favouring the government may lead to spontaneous protests. Travellers should follow local media and use the Solace Secure app to stay up to date with security-related events including political protests. Given the potential for military interference in the upcoming election, travellers should ensure that they have the necessary provisions in place – namely water, non-perishable food, and fuel – in case unrest locks down the country for a few days or longer.

Enhanced security measures are expected during the election period, possibly including the greater use of checkpoints. It is important that travellers keep vehicle and identification documents with them at all times. All checkpoints should be approached slowly, and the instructions of Zimbabwean security officials should be adhered to. Due to the endemic nature of corruption in Zimbabwe, personnel (both genuine and fake) at checkpoints may ask for a bribe. If in doubt of the genuine nature of these officials, ask for identification. However, to avoid escalation, adhere to demands if they are armed.

For most travel to Zimbabwe, Solace Global would advise clients to employ an airport meet and greet and a locally-vetted driver. This advised level of security provision may change depending on the specific area of travel, traveller type, and planned activities. Furthermore, travel tracking is strongly recommended for travel to Zimbabwe. This will serve as an added measure to ensure travellers are safe and secure, kept informed of the current situation or to assist in identifying their location in the event of an emergency.