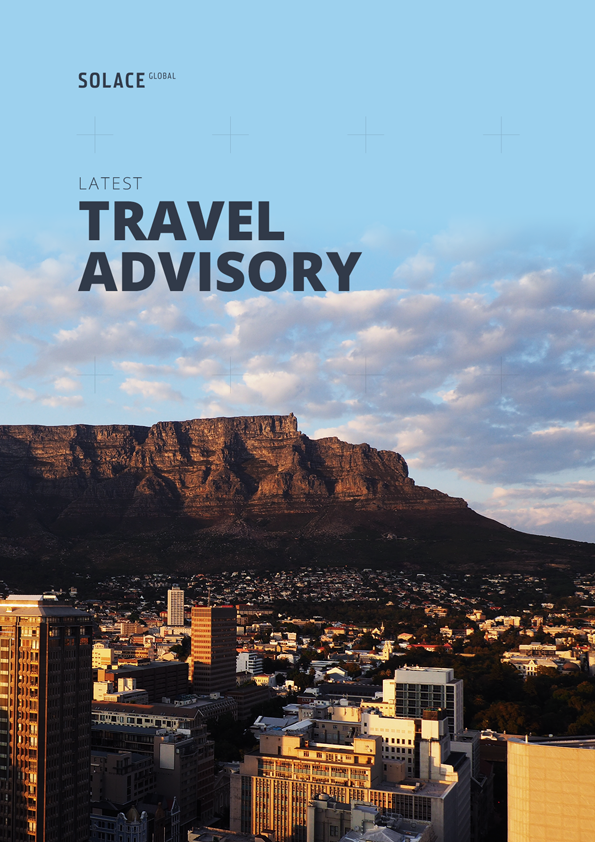 Cape Town has experienced protracted water shortages which are highly likely to persist until the end of 2018. A combination of three years of drought, and persistent poor water management has resulted in a situation in which access to water is heavily curtailed.

Environmental: Cape Town has experienced protracted water shortages which are highly likely to persist until the end of 2018. A combination of three years of drought, and persistent poor water management has resulted in a situation in which access to water is heavily curtailed.

Based on present water usage, “Zero Day” is presently anticipated to be 27 August 2018. This is defined as the day at which water levels will fall sufficiently low that domestic mains water supply will be turned off, with all water to be collected from controlled and secure municipal stand-pipes. This has been pushed back significantly, with original estimates suggesting that it would occur in April 2018. This delay to August means that the forecast winter rainfall may result in Day Zero being further postponed until 2019, provided water discipline is maintained, however water scarcity is likely to remain an issue for years to come.

Cape Town, and its surrounding region, has experienced significantly lower-than-average levels of annual rainfall since 2015. Water levels in the city’s supply reservoirs has dropped to approximately 24 per cent, with the final 10 per cent being unfit for human consumption.

A key factor in worsening the drought has been the widespread mismanagement of the city’s water supplies by local government, and significant delays in the implementation of measures which could have staved off the present crisis. Major local leaders refused to authorize the construction of desalination plants prior to the imposition of strict water restrictions. Authorisations  have since been given, with temporary desalination plants coming online through March 2018, and intended to provide interim water supplies until 2020. New boreholes to deep aquifers are intended to provide a long term solution, however it has yet to be determined how such an aquifer could be topped up, as such desalination programs may become more permanent features of Cape Town’s infrastructure in future. The political conflict surrounding the crisis is likely to persist, with Patricia de Lille, Cape Town’s mayor, facing increasing pressure due to her actions relating to the crisis.

Since late 2017, a series of increasingly strict water restrictions have been imposed upon travellers and residents in Cape Town, the most recent being the restriction of water usage to 50 litres per person, per day. By means of comparison, a toilet flush can use up to 10 litres, as can one minute of showering. An average UK resident uses between 110 and 150 litres per day, depending on their living arrangements. In order to meet these targets, the majority of Capetonians have adopted measures including reduced showering, more water efficient cleaning habits, and enhanced use of “grey” (non-drinking) water.

Travellers to Cape Town are strongly advised to remain aware of their water usage. The hospitality industry has voluntarily implemented a wide variety of water saving measures in order to ensure continued provision of service. Water to meet basic hygiene and hydration needs will be available even in the case that Day Zero takes place.

Travellers are also likely to be requested to observe basic water saving measures such as:-

Solace Global would advise clients to consider enhanced security measures when visiting certain parts of South Africa. Risk levels differ greatly from one area to another and so should be subject to separate threat assessments. All travellers are advised to utilise travel tracking and intelligence software in order to implement duty of care and maintain situational awareness.

Please fill out form below to access the full report