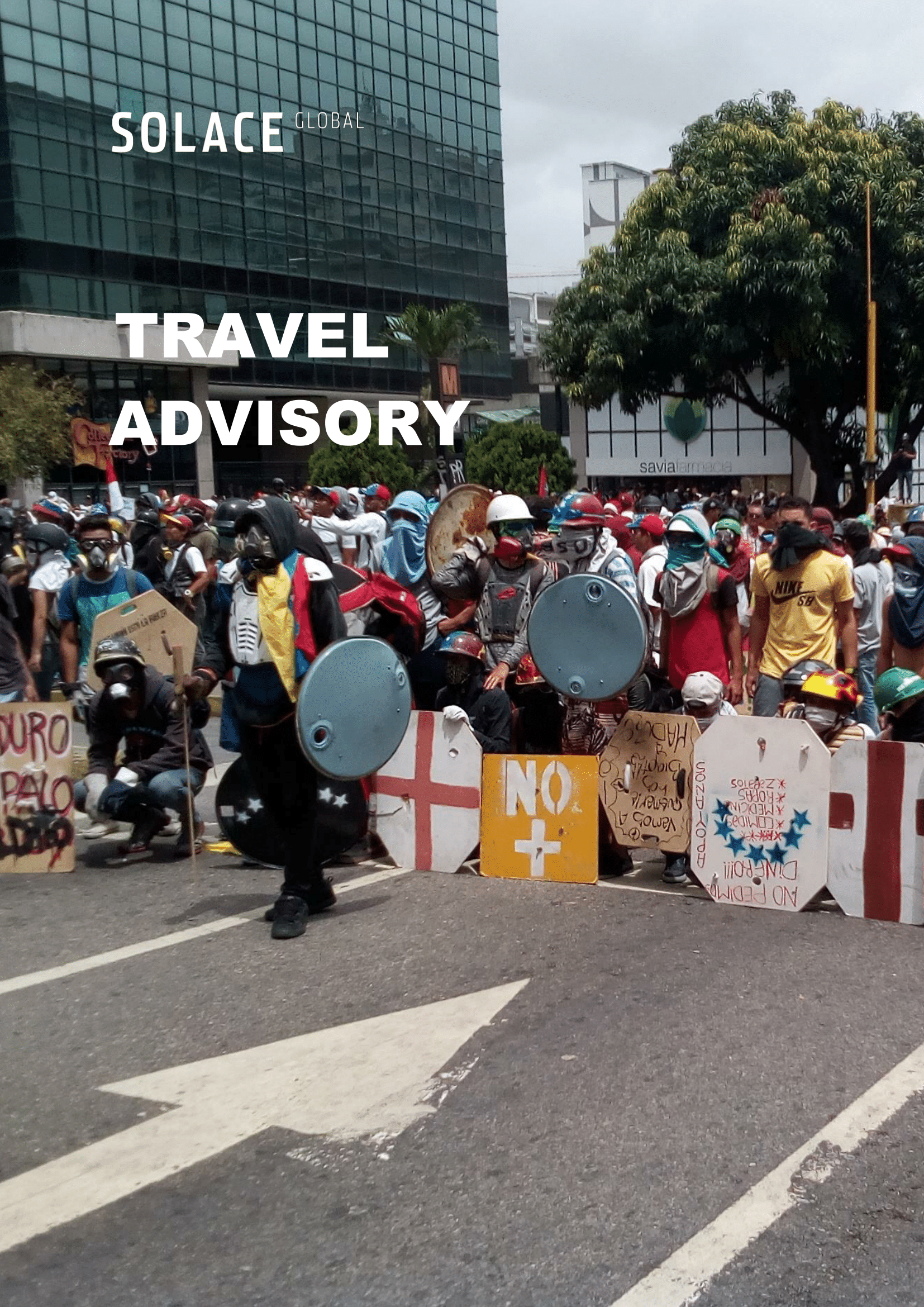 Unclear Path Ahead for Venezuela as Unrest Continues

On 23 January 2019 Venezuela’s opposition leader, Juan Guaido, declared himself interim president until new elections can be held. He has also called for nationwide protests; with unrest occurring on 30 January and further planned on 2 February. Demonstrations by the opposition are increasingly likely to be met with by force as the military continues to back Maduro and his government. According to the UN, at least 40 people have been killed and some 850 people detained in the country amid the ongoing protests.

Protests continue to impact Venezuela as the political situation remains volatile and unchanged following violent unrest that occurred in Caracas and other urban centres on the anniversary of the 1958 civilian-military movement to dispose of the military junta. Over the past week, numerous governments have announced support for the opposition leader, and the self-declared president, Juan Guaido; including the majority of South America, the United States and Australia. While European countries have been slightly more cautious in their support, the European Union has called on de facto President Nicolas Maduro to call for immediate elections; a move he has refused. Maduro currently enjoys less widespread international support; however, notably, China and Russia continue to support him.

Maduro has accused Guaido and Trump of plotting a coup to oust him from power. The president has also urged the United States not to turn Venezuela into “a Vietnam in Latin America.” Maduro has used the US as a scapegoat for the country’s woes, blaming Washington for the country’s acute food shortages, unemployment and hyperinflation. Guaido has called for protests in the country; with unrest occurring on Wednesday, 30 January, and further rallies called for on Saturday, 2 February. Tensions have been increased further after the self-declared president was also barred from leaving the country and is reportedly under investigation by the country’s attorney general.

All travel to Venezuela should be deferred at this time. If currently in-country, minimise all non-essential travel and liaise with home country diplomatic representation as well as consulting the latest Solace Secure alerts for up to date information.

It is unclear what will happen now, the Venezuelan National Assembly, which is controlled by opposition supporters, declared that Maduro had usurped power, prompting Guaido to declare himself interim president, Maduro called the move a US-backed coup. The EU has demanded that Maduro hold elections while the US has demanded that he step down, Maduro has refused the move. Adversely, China and Russia have shown the embittered president continued support. Indeed, though denied by the Kremlin, Russian private military contractors have flown into Caracas in an effort to boost the security around the president. Russia stands to lose a significant strategic partner should Maduro fall to the opposition pressure.

All outcomes look negative for traveller safety in-country; at least in the immediate-to-short term. With the next steps appearing unclear and it is unlikely that the turmoil will be resolved in the coming weeks. Sanctions on oil exports, the source of 95 percent of hard currency coming into the country, has put the economy in the doldrums. The country is now selling gold to Turkey and attempting to withdraw gold from its foreign reserves to do so – a move that is being blocked in some countries; notably the United Kingdom.

Importantly, what will happen next? In all, the military remain the kingmakers; their continued support of Maduro is seen as an important keystone for the president and his supporters. Other factors, such as international support and what is left of the economy, keep the president’s position attainable. However, it does not appear that the protests will calm with two further protests planned and numerous fatalities in the earlier protests. Therefore, the question is, can Maduro, and his supporters, survive this latest period of unrest…?

As it stands, Maduro, who has survived two previous challenges to his presidency, looks like he will hang on to power; at least for the short term. Mass protests in 2014 saw Maduro clamp down on opposition leaders; Guaido’s political patron Leopoldo Lopez remains under house arrest. And this outcome remains a possibility for Guadio, on 13 January, SEBIN intelligence police shortly detained the opposition leader on the Caracas-Guaira highway as he headed to a town hall meeting. It currently looks like Maduro hopes to ride out the current bout of unrest in a similar fashion.

However, the president and his government’s position, are coming under increasing pressure with international condemnation and the continued internal unrest. While he has enjoyed the support of the military hierarchy thus far; it is unclear how far down the support goes. The president has been reluctant to use military units in suppressing unrest; possibly due to the likelihood of desertion. Maduro’s current biggest fear may be that the military decides to oust him, either by force or in a palace coup designed to save the wider regime. Such a move would likely mean little change for the country as a whole; but may see a positive reaction from both the international community and in some sections of the country.

Potential candidates at this time are all close Maduro allies, Vice President of the country’s ruling party (United Socialist Party of Venezuela; PSUV) Diosdado Cabello or Defence minister Vladimir Padrino Lopez. Both these candidates command significant support among the military and are staunch supporters of Maduro. However, they could be seen as rivals to Maduro’s position as a potential status quo replacement. Another potential candidate is the country’s vice president, and head of the Bolivarian Intelligence Service (SEBIN), Delcy Rodriguez. However, any change at the top may result in emboldening the opposition and possibly even result in opponents of the regime turning to more violent means to achieve their goals; deteriorating the country’s security further and possibly leading to a revolution. The military, thus far, appears adamant on sticking instead of twisting.

One outcome that remains unlikely, but may be possible, is a negotiated exit of Maduro; this may occur should sustained anti-government protests be coupled with a waning away of support in-country and from international backers. Currently, Maduro has everything to lose in this scenario and very little to gain; however, should this change, Maduro, or at least those around him might start to see the benefits of negotiating some sort of step back – especially with the promise of amnesty already on the table from Guaido. This possibility may grow more enticing should the threat of a people’s coup occur; a lack of lower-level military support may result in those closest to Maduro seeing their position as unattainable.

To keep the support from the military and political elite, Maduro has used America as a scapegoat, rallying support around his publicly unpopular regime. Generals, especially, have “rallied” around the flag as a result of what is perceived as an imperialist campaign of “economic war”. However, Washington’s patience for Caracas appears extremely short due to both this rhetoric and the general position of the Trump presidency. The crisis has prompted the largest migration in Latin America’s modern history and neighbouring countries are pushing for a solution.

Finally, one outcome which remains highly unlikely, but cannot be ruled out, is the potential for open military conflict. This could come in the form of a military strike led by the United States and backed by Colombia and Brazil, or the form of a more internal civil-war type conflict. This eventuality also risks drawing in regional powers, as well as the US and Russia. Moscow would be especially concerned with military involvement in a country it sees as an important regional ally.