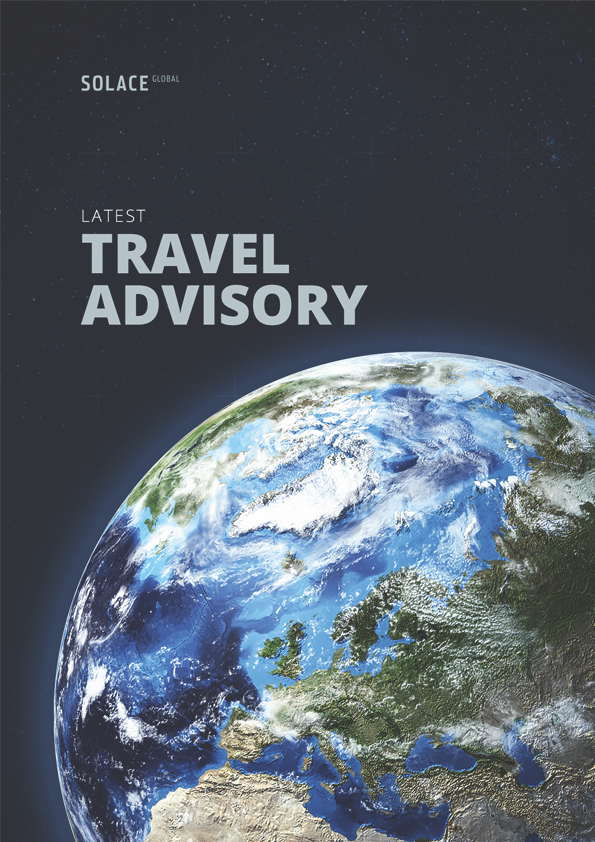 Russia’s coastguard fired upon three Ukrainian naval vessels in the Kerch Strait on 25 November before special forces boarded the ships detaining 23 Ukrainian sailors. Ukraine has responded to the incident by calling it ‘an act of aggression’ and passing a proposal through parliament to implement martial law for 30 days in ten regions bordering Russia and the Black Sea. The incident sparked protests in Kiev outside the Russian embassy and further protests in urban centres are expected. Travellers in Ukraine should continue to monitor local media sources and follow the advice of authorities.

In what is being described as the most serious escalation since the outbreak of the conflict in the Russian annexed Crimea in 2014, a Russian Federal Security Services (FSB) border guard vessels rammed, then fired upon, three Ukrainian naval vessels on 25 November. The Russian border guards then boarded the ships and detained 23 Ukrainian sailors. According to Ukrainian media, at least six crewmen were injured during the incident which occurred in the strategically important Kerch Strait, a thin waterway between Crimea and mainland Russia, and the only transit route to the Sea of Azov. The waterway remains crucial to Ukraine economic and military interests as the only water-route serving the port city of Mariupol in eastern Ukraine. The 23 Ukrainian crewmen are now being held by Russian forces in Crimea. Russia has not denied the incident, instead claiming that the Ukrainian vessels violated Russia’s territorial waters.

Ukraines immediate response to the incident was to call the attack, ‘an act of aggression’, while also issuing a Presidential decree through parliament, declaring 30-days of martial law in the ten regions of Ukraine bordering Russia; as well as those along the Black Sea Coast. The declaration has ceded some elements of normal civil government to the military to restore order to the country, while also raising the combat readiness of military units. The law will disrupt some normal civilian functions including the judiciary, giving the military more powers to detain individuals with limited probable cause, apply curfews and restrict any social movements.

While the escalation in tensions between the two represents a concern for travellers, especially those operating near Russian annexed Crimea – it is unlikely that the incident will prompt anything more than a political response and pressure by Ukraine to apply further sanctions on Russia.  Further military action by either state remains unlikely.

Relations between Russia and Ukraine reached a new low after three Ukrainian naval vessels were intercepted as they entered the Kerch Strait in the Azov Sea on 25 November. The Russia FSB boarder guard rammed a tugboat and fired upon two gunships before boarding all three vessels and detaining the 23 Ukrainian crewmen onboard. Russian President, Vladimir Putin told reporters on 1 December at the G20 summit that Ukraine’s navy had violated Russian waters and would be held while a legal case was put together. The incident appears to be in direct violation of the 2003 bilateral agreement between Russia and Ukraine, making the Sea of Azov a body of water shared between the two countries.  This is the latest in a series of escalatory events to occur in recent months, bringing back into focus the simmering conflict on Ukraine’s eastern border. The latest development has led to disruptive anti-Russia protests in Kiev, Lviv, Kharkiv in the vicinity of sites linked to Russia, such as Embassies or local businesses.

In May, Russia completed the construction of the Crimea Bridge (Kerch Strait Bridge), connecting mainland Russia with the annexed region of Crimea.  The construction was widely condemned by the international community as undermining the territorial integrity and independence of Ukraine, leading to additional sanctions on the Russian government and businesses. Critically for Ukraine, the bridge transcends the Kerch Strait, the only maritime connection to the eastern regions of Ukraine, including the strategically important ports of Mariupol and Berdiansk.  The waterway remains a vital supply chain to the military units currently fighting Russia backed separatist’s in the Donbass region, while also being a key export route and central to the Ukrainian economy. Since the annexation of Crimea, Russia has imposed increasingly burdensome inspections on Ukrainian fishing and cargo vessels, affecting the local economies along the coast and reducing the supply route to military bases in the Donbass region. On 29 November Russia imposed a blockade on the Mariupol and Berdiansk ports and no vessels are allowed to enter or exit the ports, except for those travelling to Russian ports. The incident on 25 November suggests that Russia will no longer tolerate Ukrainian naval vessels using the Sea of Azov to resupply the military forces in the east of the country.

In response to the incident Ukraine’s parliament voted to declare 30-days of martial law in the ten-regions bordering Russia, Crimea and the Sea of Azov and restricted Russian males, aged 16 – 60 from entering the country. While the impact of the law will improve military decision making and operations in the affected regions, there remains the potential that if the martial law is extended beyond 30-days Ukraine could face a delay the election period scheduled to take place in March 2019. Partly as a result of the worsening economic situation in the country, there is increasing opposition to the current incumbent, Petro Poroshenko and any delay to elections will likely lead to widespread civil unrest.

While it remains unlikely that the incident will spark a further escalation in military engagement between the two countries, tit-for-tat political exchanges will likely lead to a tense environment in the build up to the presidential elections and further divide the key voting bases for the major parties. While most of the potential candidates reflect the mainstay of Ukrainian society and are pro-Europe, seven of the 22 potential candidates are openly pro-Russia. While none of the pro-Russia candidates currently have the support to win outright, the divided political landscape in Ukraine has opened the door for a coalition of pro-Russian candidates becoming a political force. It is almost certain that Russia will attempt to influence voting in the country through the funding of candidates and aggressive social media campaigns.

Travellers in the affected regions (Vinnytsia, Mykolayiv, Odesa, Kherson, Zaporizhzhia, Donetsk, Luhansk, Kharkiv, Sumy and Chernihiv) should remain aware that martial law restricts basic civil liberties and Ukrainian military have the power to detain individuals without probable cause. The military also has the power to close major international terminals located within the affected regions, such as Odessa International Airport, at short notice. Security measures will noticeably increase both at transport hubs and on major highways, leading to potential delays. Organisations operating in the ten regions bordering Russia, Crimea and the Sea of Azov should restrict travel for international staff during the imposition of martial law. If travel is business critical, travellers should ensure that travellers are briefed on the prevailing risks and have sought prior support from locally-based partners prior to travel. 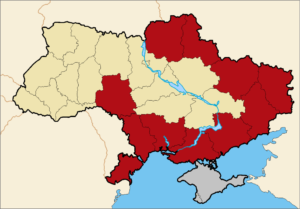 Your weekly digest of key #COVID19 updates from our #intelligence analysts is now ready to view… https://t.co/dlLVXjT3wh

As the situation in #Israel and #Palestinian Territories continue to escalate, Solace are closely monitoring update… https://t.co/rtmNIETLLw

In the past 24 hours, Israel has launched a series of deadly overnight airstrikes against targets in #Gaza, killing… https://t.co/3pLMGUBT7d

There have now been more than 155 million confirmed COVID-19 cases and over 3.2 million related deaths globally sin… https://t.co/ipLQoYikzH

In case you missed it… How much difference can Joe Biden make to the fate of #America in #100days? Our analysts rev… https://t.co/sNsTKqkJo4

There have now been more than 150 million confirmed COVID-19 cases and over 3.1 million related deaths globally sin… https://t.co/G5N6ArdmVm

This week, #PresidentBiden celebrates his 100th day in office. When the new president took office in early January,… https://t.co/mRtTcS2ThX

Despite the availability of several #vaccines, new #infections and deaths continue to surge in many countries aroun… https://t.co/eRzLsBm6ua

On 1 February, a military #coup d’état took place in the Southeast Asian country of #Myanmar. Weeks of widespread c… https://t.co/iDWK0gKiVC

Our latest COVID-19 report is now available. The new weekly report replaces our fortnightly advisories and has a sp… https://t.co/z0q1FK68Rz

With #COVID19 #vaccines being rolled out globally at a rapidly increasing rate, we will be replacing our fortnightl… https://t.co/89KsUQXrhz