1,407 people have been killed and around 2,500 injured following an earthquake and tsunami in central Sulawesi. An estimated 113 people remain missing, this number is likely to be increased. 60,000 people have been displaced by the tsunami. Two volcanoes have begun erupting in the aftermath of the earthquake. 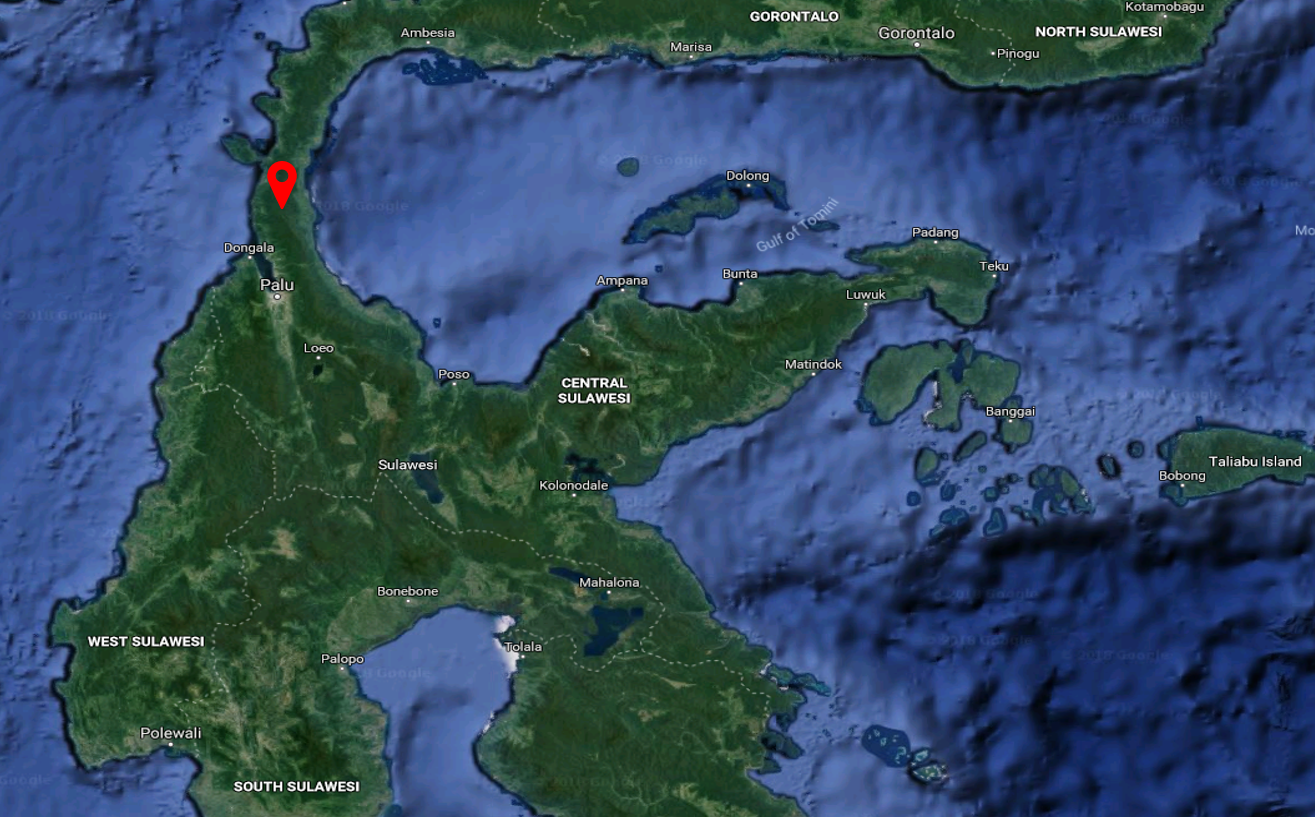 Environmental: On 28 September 2018, a magnitude 7.5 earthquake was detected just off the central island of Sulawesi. Following the earthquake a tsunami engulfed the city of Palu, despite the warning being initially stood down. The death toll has risen to 1,407 with around 2, 400 remaining injured. The death toll is expected to continue to rise with around 113 people still unaccounted for.

Much of the city is in ruins with around 60,000 people displaced. The airport was initially closed and remains damaged however on 03 October it was announced that aid supplies were being brought in by military aircrafts and that some commercial flights would resume.

In the wake of the environmental disaster, local residents have begun looting local shops. Police have begun using tear gas and rubber bullets in an attempt to disperse crowds raiding shops. 92 people have been arrested so far for looting. Shortly after the tsunami, police took a step back and allowed residents to loot shops for basic supplies if they so required.

Following the earthquake and subsequent tsunami, the volcano Mount Soputan began erupting on the same island. The volcano is around 1,000 km from Palu and has been reported as not an immediate threat to aid operations.

Indonesia sits at the crossroads of three tectonic plates in a highly active seismic zone known as the Pacific Ocean ‘Ring of Fire’. It is estimated that 90 per cent of all of the world’s earthquakes occur in this area. As many as 500,000 earthquakes occur every year globally, with 100,000 noticeable to humans. In certain places, minor earthquakes occur almost constantly. Most earthquakes are natural occurrences, but human development has had an impact. Unlike volcanoes or tropical storms, it is presently impossible to predict when an earthquake will occur.

Tsunami’s, much like the countries susceptibility to earthquakes, occur frequently. Officials have claimed that a significant tsunami occurs once every five years. Over the past five years there have been over 19,000 fatalities as a result of tsunami’s. On 05 August 2018, the city of Lombok saw 565 casualties following a magnitude 6.9 earthquake, identifying that Indonesia sees these disasters country wide. The fatalities have happened despite installed early warning systems which are often not functioning properly and fail to notify authorities in sufficient time.

In the wake of the 28 September earthquake and tsunami much of the ground has become unstable and is constantly moving, there remains a high likelihood of further structural damage and mudslides. Rescue and aid operations are going to be extensive and difficult. Damaged roads and bridges make for difficulty in bringing help to affected remote regions.

In the immediate aftermath the priority has been set by officials to bring aid to those in need, continued rescue operations to find those who remain missing and begin evacuating. Hospitals and medical treatment are scarce following the floods and damage, with pop-up military hospitals in place. Most of the water and food supplies have been affected, it is advisable to drink bottled water where possible and aid provided food.

Evacuations are set to begin on 03 October and are likely to continue for a lengthy amount of time as the risk of further mudslides, earthquakes and volcanic eruptions are ongoing. For the immediate future the area is still deemed as unsafe and uninhabitable. In the event of further environmental disasters it is possible that overland travel may again be suspended. Travellers should keep up to date with their travel provider if they have scheduled travel.

Seismic movements which are lower on the Richter Scale can occur across the world, including in places like the United Kingdom, which is not on or near a major fault line. These earthquakes do not represent a disaster risk. When such quakes occur, you can expect:

The impact of larger earthquakes, which includes everything from 5.0 on the Richter Scale, largely depends on where they occur and at what depth. Their impact may be felt for several minutes. However, in general, when they do occur, you can expect the following.

If you are inside:

The first thing to do when feeling an earthquake tremor is to drop to your hands and knees so the earthquake does not knock you down. You should then cover your head and neck with your arms as protection from falling debris.

You should then look for cover. If you can move safely; a sturdy table is suitable, hold on to the legs so that it stays over you to offer protection from falling objects. If this is not available, crawl away from outside walls and next to inside walls away from windows or any fixtures or furniture which could fall on you. Remember: ‘drop, cover, and hold on’.

If you are in bed when the earthquake occurs, you should stay in bed and cover your head and neck with a pillow unless there is something overhead that could fall on you and cause injury. At night, it is difficult to see any hazards or debris which have emerged and attempting movement in the darkness may result in further injuries.

If you are in a lift, get off at the next available floor and find cover.

Stay inside, do not rush to get outside and await the end of the tremors.

If you are outside:

If you are outside when shaking occurs, get to open space away from buildings, street lights, bridges/flyovers and overhead wires. Once in the open, you should ‘drop, cover, and hold on’. Then await the end of tremors.

If you are in a moving vehicle:

If driving when tremors begin, stop as quickly and safely as you can and apply the handbrake. Be aware of areas of potential landslides. Avoid stopping near buildings, trees, bridges, overpasses, and overhead wires. Once the earthquake tremors cease, proceed cautiously, avoid roads, bridges, and other infrastructure which may have been damaged by the earthquake.

If you are trapped:

If the worst happens and you become trapped it is important to remain calm and not move about or kick up dust. If you have a phone, try to use it to call for help. If possible, try tapping on a pipe or use a whistle so rescuers can locate you. Shouting should be a final measure taken as it is important to not inhale too much dust.

If you are not trapped when tremors stop:

When shaking stops, leave the building if it is safe to do so and get to an open space away from any damaged areas.

Monitor local media through any means for information and instruction.

Check for any injuries and give treatment (provided you are trained to do so). Then assist with rescues if it is safe to do so.

Be prepared for a tsunami in coastal areas, learn if the area you are in is usually impacted by post-earthquake tsunamis. A strong earthquake that lasts more than 20 seconds in a tsunami zone will mean evacuation is imperative. If this is the case, once shaking has stopped, move inland and to higher ground immediately and continue to monitor for local instruction or evacuations. If you can see the waves you are still too close. Remain on high ground, tsunami waves can last up to eight hours or longer, only return when officials say it is safe to do so.

Maintain extreme caution in post-earthquake clean-up. Do not remove heavy debris alone and remember to use appropriate clothing and tools.

Be ready for aftershocks and be prepared to ‘drop, cover, and hold on’, should they occur.

Most earthquake-related injuries are caused by collapsing walls, objects falling, or glass shattering, rather than ground vibrations directly causing injury.