The holiest day of the Jewish year, Yom Kippur (known as the Day of Atonement), will begin on the evening of 18 September and conclude the evening of 19 September 2018. This holy day takes place a week after Rosh Hashanah or the Jewish New Year (10 to 11 September) and before Sukkot, which takes place between 23 and 30 September. This period is referred to as being the Jewish High Holy Days and varies year to year due to the use of the Jewish lunar calendar for determining religious holidays. During Yom Kippur, Jews will attend synagogue and ask for forgiveness for sins committed over the past year. Five prayer services are held: Maariv, Shacharit, Musaf, Minchah, and Neilah. While it is also considered a day of fasting, large feasts take place either side of the holy day. It is forbidden for Jews to work on Yom Kippur. 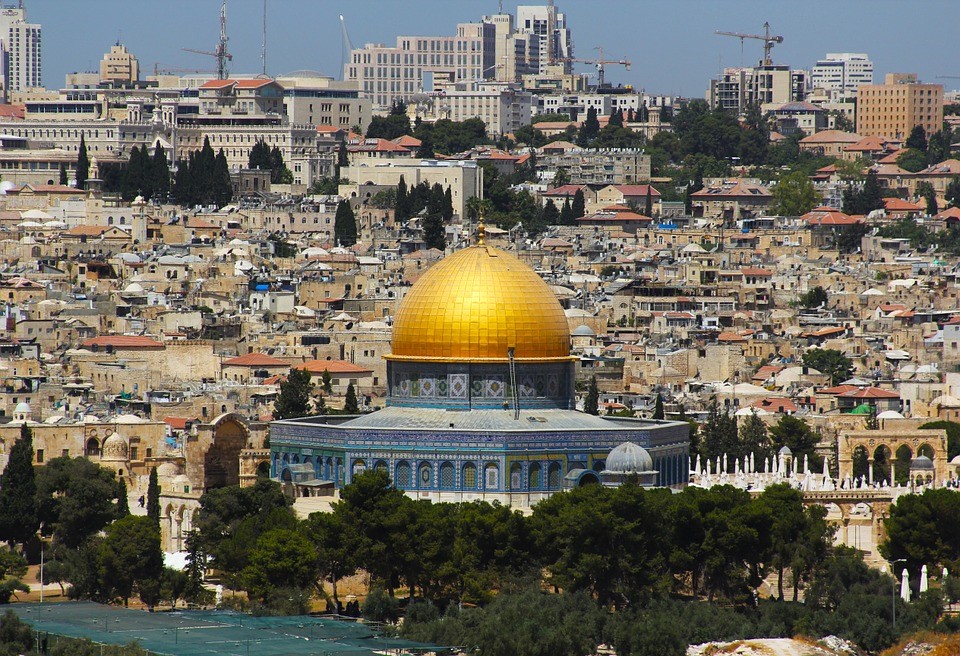 Travel Information: The holiest day of the Jewish year, Yom Kippur (known as the Day of Atonement), will begin on the evening of 18 September and conclude the evening of 19 September 2018. This holy day takes place a week after Rosh Hashanah or the Jewish New Year (10 to 11 September) and before Sukkot, which takes place between 23 and 30 September. This period is referred to as being the Jewish High Holy Days and varies year to year due to the use of the Jewish lunar calendar for determining religious holidays. During Yom Kippur, Jews will attend synagogue and ask for forgiveness for sins committed over the past year. Five prayer services are held: Maariv, Shacharit, Musaf, Minchah, and Neilah. While it is also considered a day of fasting, large feasts take place either side of the holy day. It is forbidden for Jews to work on Yom Kippur.

Terrorists of all ideologies are known to undertake, and attempt to undertake, attacks during religious festivals. Moreover, antisemitic extremists routinely take part in marches and protests on Jewish holidays. Due to these factors, security is expected to be heightened during the Yom Kippur holiday.

Jews from around the world will descend on Israel during the Yom Kippur holiday. Jerusalem, its Old City, and the Western Wall, in particular, are likely to welcome tens of thousands of Jewish pilgrims. Heightened security measures will be implemented across Israel but notably in the aforementioned areas. Police have already announced that officers from several units including Yasam, a specialist public order unit, will be deployed to public areas across Israel.

Israeli airports will cease operations during Yom Kippur. Tel Aviv’s Ben Gurion Airport, the country’s busiest, will take its final arrival at 1340hrs on 18 September and last take-off 15 minutes later. From this time, Israeli airspace will be closed. The first landing after Yom Kippur will be at 2130hrs on 19 September and the first take-off will be at 2330hrs.

In a practice undertaken during all religious holidays, Israel will shut border crossings with the West Bank and Gaza for the high holy days (Rosh Hashanah, Yom Kippur, and Sukkot), with exceptions made for humanitarian cases. The Yom Kippur closure is scheduled to begin at midnight on 17 September, ending at midnight on 18 September. The closure for the week-long Sukkot festival will begin on 22 September at midnight. It will continue for the full week in the Gaza Strip, ending on October 1 at midnight but for the West Bank, borders will open on intermediary days. The Rosh Hashanah closures began on 08 September at midnight and lasted until 0001hrs on 12 September. The Erez crossing into Gaza will be closed until 13 September as a punitive measure due to unrest on the Gaza side of the border.

Border closures between Palestine and Israel are likely to lead to increased levels of unrest, with rioting a particular possibility in Gaza. Gaza had seen a surge of violence since the start of the “March of Return” protests along the border in March 2018. The clashes have included rock and Molotov cocktail attacks, as well as attempts to breach the border fence and attack Israeli soldiers. At least 125 Gazan protesters have been killed by Israeli troops since the protests began in March. Furthermore, more than 2800 hectares of Israeli land has been burned this year as Gaza protesters have launched incendiary kites and balloons.

There have been a number of isolated and lone wolf knife attacks conducted by Palestinians in or near illegal Israeli settlements in the West Bank. This includes one attack on 03 September when a man armed with a knife was shot dead by Israeli Defence Forces soldiers. Attacks in a similar vein (singular attacker in a low technology attack) cannot be ruled out near Israeli settlements in the West Bank, in Jerusalem, or at border areas.

In years past, Israeli security levels have been increased with little notice on the back of a significant attack or credible intelligence. This is likely this year as well.

Rest of the World

Police in the United Kingdom have announced that armed counter-terror police will be deployed to protect Jewish sites until 02 October. Police have not warned of any specific threat but there is the potential for an increase in hate crimes during this period. Antisemitism has been at the forefront of the political agenda in recent times in the UK regarding the attitude of the opposition Labour Party, and its leader Jeremy Corbyn, to antisemitism. Moreover, police have reported a spike in hate crimes since the series of terror attacks in the UK in 2017 and the EU referendum; members of parliament have been targeted with antisemitic abuse after speaking out on the topic. The UK has reported at least 100 antisemitic hate crimes per month from January to June 2018.

Enhanced security measures have also been announced by authorities for synagogues in the US, notably in New York. In 2017, federal and local law officials stepped up surveillance of Jewish establishments. This came in relation to the religious festival and recent threats against Jewish locations. The US Anti-Defamation League had tallied nearly 2,000 antisemitic incidents in the US in 2017 as well as at least 180 hoax bomb threats to Jewish schools, synagogues, and cultural centres. In Gothenburg, Sweden in 2017, 50 protesters from the antisemitic Nordic Resistance Movement were arrested, and one police officer and several others were injured, as a Yom Kippur march turned violent. Far-right and populists parties and positions are becoming more mainstream in the West, raising the potential of such unrest and the potential for violence.

Business travellers to Israel are advised to avoid travel to Israel during the Yom Kippur holiday due to the planned disruptions. Daily life in Israel will come to a halt as nearly all businesses will be closed. Public transportation will not be running and very few vehicles will be on the street. Moreover, Tel Aviv’s Ben Gurion Airport will be closed; travel during this period is exceptionally difficult.

Protests, both in Israel and in the Occupied Palestinian Territories, should be expected. All protests should be avoided due to the potential for violence. Protesters are frequently aggressive and are likely to throw missiles including Molotov Cocktails and rocks. For their part, Israeli security forces have previously used aggressive tactics including the use of live rounds and tear gas to disperse protests. Foreigners involved in protests (even inadvertently) may face harsher punishment or deportation. Israel has grown sensitive to criticism from outside its borders. In March 2017, the Israeli parliament passed a law giving it authority to deny entry to foreign nationals who have publicly called for a boycott of Israel and/or settlements, or who belong to an organisation which has called for a boycott. Travellers outside of Israel should follow local media for information on any protests due to occur at synagogues.

Those visiting potential hotspots for terror activities, including in Jerusalem’s Old Town, public transportation, train stations, ports, airports, public or government buildings, embassies or consulates, international organisations, schools and universities, religious sites, markets, hotels and restaurants frequented by foreigners/Westerners, are advised to maintain a heightened level of situational awareness. If possible, it is advisable to avoid Israel’s borders with the Occupied Palestinian Territories, Syria (Golan Heights), Lebanon, and Egypt, unless travel is business-critical. It should be noted, however, that the potential for a large-scale, multicausality terror attack in Israel remains low but lone wolf attacks involving easily accessible attack tools, such as vehicles and knives, are distinct possibilities.

It is important to adhere to the instructions of local officials, the presence of which will be heightened during this holiday. Questioning of instructions or nonadherence is likely to lead to a forceful response and could result in injury. Travellers are advised that the atmosphere in Israel is likely to be tense during this period, with security officials at a heightened level of readiness for a potential terrorist incident.

The Solace Global advised level of security for Israel is dependent on the specific area of travel, nature of travel activity, and profile of traveller. In general, it is advisable to employ a security-trained driver and airport meet and greet for the length of your stay. All itineraries to the Occupied Palestinian Territories need to be thoroughly planned with enhanced security measures, due to the difficulty of travel to such areas. All travellers are advised to make use of a travel tracking and intelligence system; this will permit an employer to execute effective duty of care and permit the traveller to remain up to date with developments to their security environment.