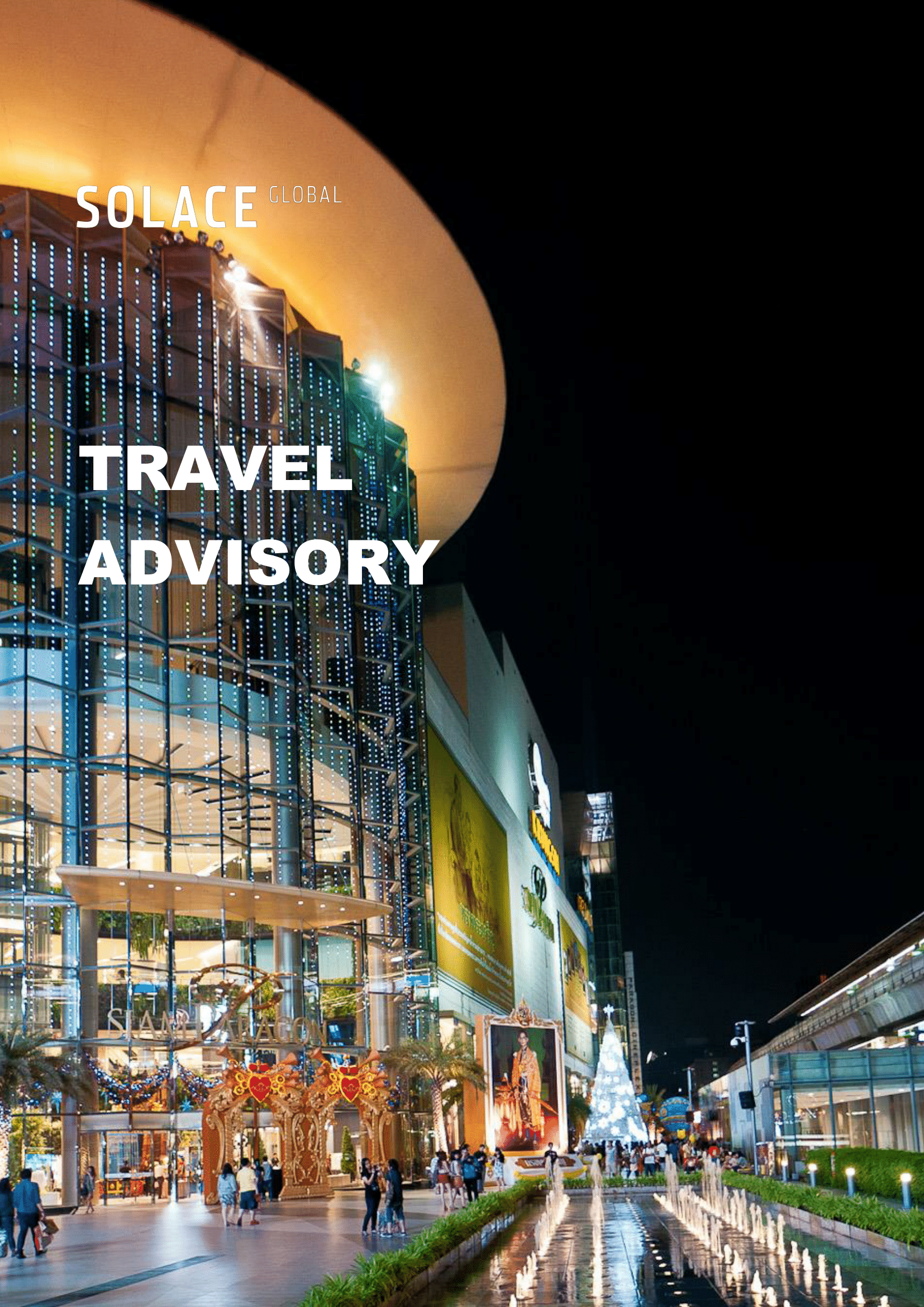 Thailand’s first democratic election since the military coup in 2014 is going to take place on 24 March. Political campaigning began in December after the ban on political activities was lifted by the ruling junta. Protests have been sparked by the repeated delay of the election day, which has been perceived as an effort to stop the long-awaited democratisation process. Last week’s attempt to nominate Princess Ubolratana Rajakanaya Sirivadhana Barnavadi as the main candidate for the newly formed Thai Raksa Chart Party has further escalated political turmoil in the run-up to the elections. Travellers in Thailand should liaise with local contacts and avoid all political gatherings due to the risk of violence.

• Thailand’s first democratic elections in almost five years will take place on 24 March, following a month delay by the ruling military junta. Political campaigning began in December after the lifting of the longstanding ban on political activities and gathering established after the 2014 coup.
• The main military-backed Palang Parachat party will be competing against the Pheu Thai and the associate Thai Raksa Chart Party, which is likely to face a ban after the attempt to appoint Princess Ubolratana Rajakanya Sirivadhana Barnavadi as their main candidate.
• Widespread protests have been sparked by the repeated delay of the election date, which has been regarded as an attempt to stop democratisation. Travellers in Thailand should liaise with local contacts and avoid all political gatherings due to the risk of violence.

The 24 March election will be the first to be held since the military coup in 2014 and is widely being regarded as a direct competition between the democratic and authoritarian rule, along historical populist and conservative lines. Political campaigning started in December, following the National Council for Peace and Order’s (NPO) decision to lift the longstanding ban against public gatherings and political activities, ahead of the democratic election previously expected to take place 24 February. There are currently 15 candidates approved by the Thai Electoral Commission (EC), the main competing representatives being the current Premier, and Coup Leader, Prayuth Chan-Ocha for the military-backed Palang Parachat party, Sudarat Keyuraphan for the historical opposition party Pheu Thai and former Prime Minister in power after the 2006 coup Abhisit Vejjajiva for the Democrats.

Last week’s attempt to nominate Princess Ubolratana Rajakanya Sirivadhana Barnavadi as the main candidate for the newly formed Thai Raksa Chart Party escalated political turmoil in the run-up to the elections, as no close member of the royal family has been directly involved in politics since the end of absolute monarchy in 1932. While she did renounce her royal title in 1972, the initiative has been officially condemned and declared inappropriate by her brother King Maha Vajiralongkorn, forcing her to withdraw and prompting the Electoral Commission to recommend the permanent dissolution of the party.

Thailand has a turbulent political history, characterized by several military coups since the end of absolute monarchy in 1932 and outbursts in violence and civil unrest around elections. Since then, the country has had 20 charters and constitutions, 12 coups d’état and 34 years of military rule. During the past two decades, electoral violence has been especially intense, with crimes including assassination, bombings and clashes prior to and during voting days. The repeated coups overthrowing elected governments have heavily radicalized political support and resulted in the emergence of militant socio-political movements, such as the Red and Yellow shirts. These, in turn, have led to a cycle of political violence and instability in the country. Although these traditional insurgent groups seem to have lost significant presence after 2014, the recent delay of the election date has sparked pro-democracy protests all over Bangkok. These are expected to increase in both frequency and intensity closer to election day.

Since the 2014 coup, the National Council for Peace and Order (NPO) has governed Thailand imposing strict political restrictions on the country. All forms of campaigning, protesting and political gatherings were banned and political rights were minimised. Hundreds of citizens have been imprisoned in the past five years due to an increase in repressive laws on political debate, public criticism of the ruling junta or the royal family, and enhanced surveillance and censorship. This makes the 24 March election the first exercise of democracy in the last five years and the first attempt to lift constraints on political rights, despite the continued restrictions on freedom of speech.

The recent decision by the EC to recommend the dissolution of the Thai Raska Chart Party due to its attempt to appoint the Princess as its only candidate might lead to the third dissolution of a party associated with the historical opposition leader and former Prime Minister Thaksin Shinawatra. The decision also increases concerns over the free and fair nature of the elections. This, combined with a Constitution that already guarantees significant military influence over the executive and legislative powers, is key in the recent escalation of political tensions and street protests in the capital. Therefore, any further delay or suspicion of interference by the military junta in the election process is very likely to escalate civil unrest.

The terrorist threat remains high nationwide and it is possible for attacks to be carried out in the context of heightened political tensions, intense campaigning or civil unrest. Terrorist groups are very likely to employ explosives such as grenades, IED and incendiary devices. Historically terrorist attacks have been indiscriminate and included locations often visited by foreigners and tourists, sometimes coinciding with a symbolic date or public holiday. The latest attack took place in December 2018 in Songkhla City, while the last known attacks targeting the capital have been registered between April and May 2017.

Travellers should stay up to date with the latest information, especially regarding political demonstrations. Consult local media, in-country contacts and Solace Secure alerts for details of any planned or ongoing demonstrations in your area. Travel Risk Managers should review escalation and evacuation plans to ensure they are up to date, realistic and can be implemented at short notice. Consider strategies to rapidly assemble staff in a central and secure location in the event there is a substantial deterioration in the security environment.

• Anticipate heightened security at public venues, at rally locations and in the vicinity of election-related venues. Exercise vigilance around protest areas and polling stations; follow all official directives.
• Travellers are advised to avoid all demonstrations or public gatherings. While they may initially seem peaceful, there is the potential for gatherings of this kind to become violent.
• Consider minimising movement on, and immediately after, the 24 March, due to the credible threat posed by possible clashes between demonstrators and security forces.
• Exercise extreme caution when discussing the political situation and avoid voicing any criticism towards the monarchy, as that is considered a crime.
• Consider implementing additional communication strategies should widespread unrest lead to the suspension of telephone and internet services. Make sure you have a clear process that can quickly account for all staff in country.