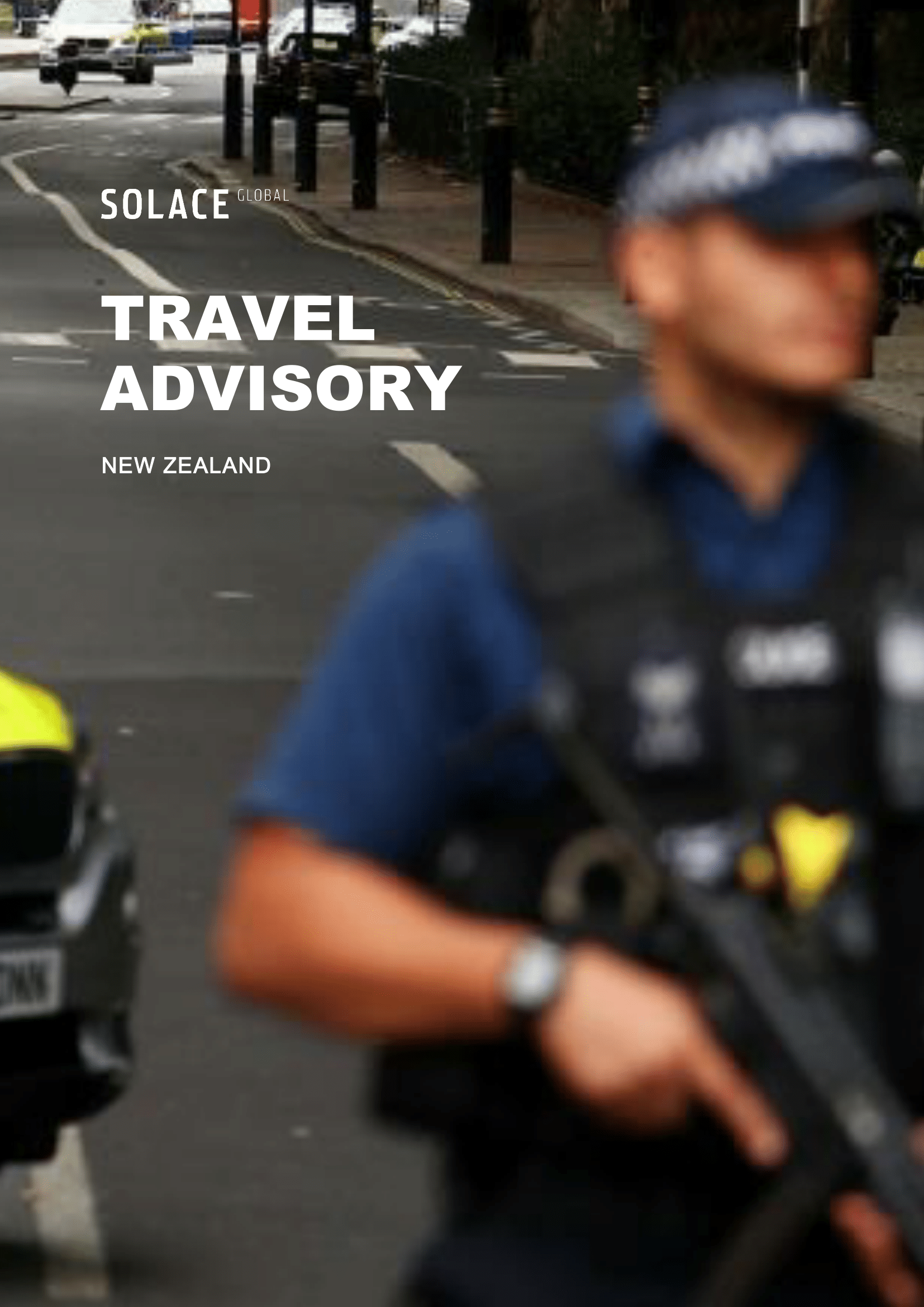 At around 13:40 local time at least three shooters entered two mosques in Christchurch New Zealand, with police also diffusing a number IEDs attached to the perpetrator’s vehicles. The attacks resulted in at least 49 fatalities.

At the time of writing, 49 people have been confirmed dead and at least 40 injured following a terrorist attack on two mosques in Christchurch on 15 March. The attack, which occurred at roughly 13:40, during afternoon prayers, has been described as “a terrorist attack” by New Zealand Prime Minister Jacinda Ardern, and an “extremist, right-wing violent terrorist attack” by Australian Prime Minister Scott Morrison. The Prime Minister has also emphasized that the way the attack was carried out suggest a high degree of planning by the perpetrators, who choose to target New Zealand due to the normally low violence levels and negligible risk of terrorism.

At this time, at least seven of the fatalities are believed to have occurred at the Linwood Avenue Mosque whilst at least 41 people were killed at the Masjid Al Noor Mosque, with one other person dying in hospital. It also appears the attacks occurred simultaneously. At least one of the attackers escaped one of the mosques and continued the attack in the local area shortly before his vehicle was rammed and armed police arrested the man. Media sources have quoted police stating that four attackers are in custody, three men and one woman, including one Australian man. The police have stated that none of the attackers were on any security watch lists, national or international. While police are not actively looking for any identified persons, they have not ruled out that there may be further suspects.

The attackers also live-streamed at least one of the attacks on Facebook, Twitter and Instagram. This footage was then rebroadcast without filters on a number of Australian news channels, despite strong objections by New Zealand Police. The original videos have since been removed from social media and police are continuing to request that people refrain from sharing any remain copies that are still online In a social media post just before the attack, an account that is believed to belong to one of the attackers posted a link to an 87-page manifesto that was filled with anti-immigrant, anti-Muslim and white supremacist ideas and explanations for an attack.

The Bangladesh cricket team were also understood to have been about to enter one of the mosques at the time of the shooting; upon hearing the shooting the players and staff were able to escape the scene and sought shelter at the nearby Hagley Oval before eventually returning safely to their hotel. The team was set to play the final test in the series against New Zealand on Saturday, 16 March.

Flights to Christchurch have currently been suspended, but internal and international flights to and from New Zealand have not been majorly affected.

New Zealand is considered a safe country to conduct business in and to travel to. It has experienced only a few terrorist incidents in its history and the threat is widely regarded as very low. The last incident to affect the country was the 2010 hijacking of Eagle Airways Flight 2279; a female Somali refugee was sentenced to nine years in jail after telling a pilot that she had two bombs and threatening him with a knife. The hijacker was overpowered upon landing in Christchurch. Prior to the hijacking, incidents occurred in 1984 and 1985 with the Wellington Trades Hall Bombing and the Sinking of Green Peace’s Rainbow Warrior – which was described as “a sordid act of international state-backed terrorism” by then Prime Minister David Lange. Additionally, the country has not experienced a mass shooting since 1997.

As such, the attack comes as a significant surprise to the country. With the security and police forces having little to no domestic experience in handling situations of this nature; unlike counterparts in Australia, France or the United Kingdom, which are considered main targets of terrorist action among western nations.

The underlying risk of terrorism is likely to remain relatively low in New Zealand, with a slight elevation in risk levels in the coming weeks and months due to the possibility of a copycat attack, or even a reprisal incident. Episodes of violent extremism are considered extremely rare in the country and a heightened level of security and threat monitoring in both New Zealand and neighbouring Australia will be key in managing the overall risk of further terror attacks. Though it is important to note that there may be further police operations with little or no notice as a result of this heightened security. At the time of writing, police were also in the process of diffusing a third IED on a vehicle.

Going forward, additional caution should be applied to all travel in the coming days and weeks, both in New Zealand and in major cities worldwide with a significant Muslim population, such as London or New York. Increased security measures are likely to be implemented throughout the country, with all mosques being placed under police protection for the time being as a precaution. Police are also urging residents to remain indoors, it is likely that this heightened security status will continue to be maintained during the weekend and in the week ahead. As any additional violent act is likely to target highly symbolic locations or large gatherings and sporting events, which are now expected to be delayed or cancelled.

At this time, it is unclear if the attack is part of a wider network of anti-migrant, anti-Islamic attacks. Additionally, extremists, both anti-migrant and Islamic jihadists, may plan copycat or reprisal attacks as a result of the incident.