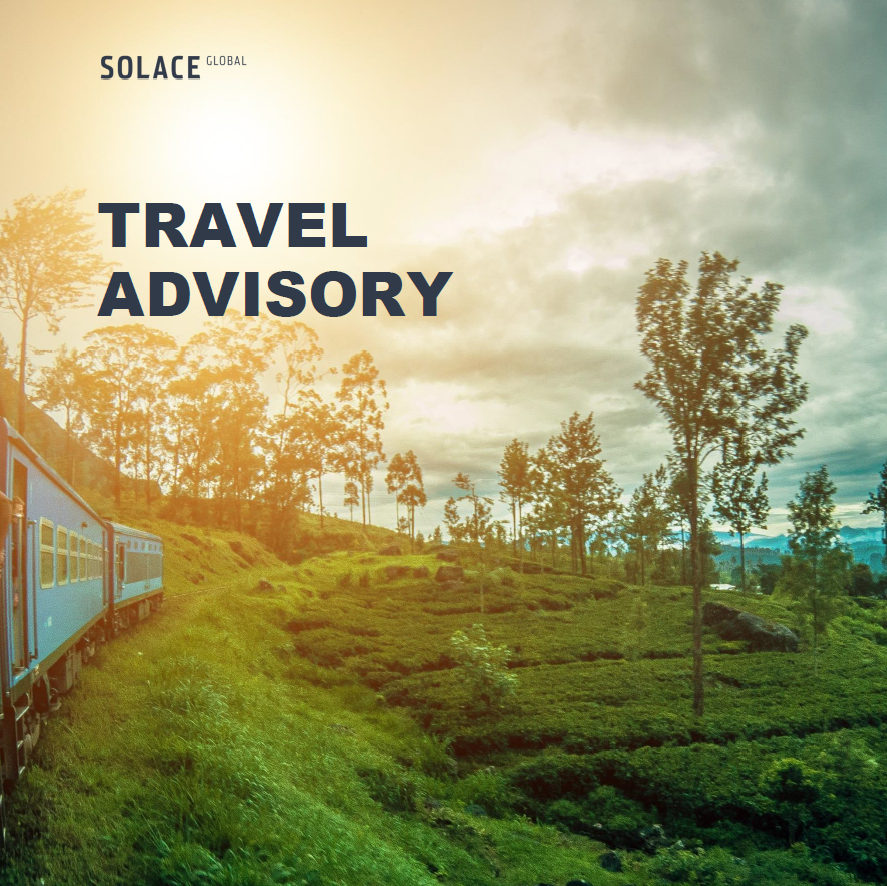 Sri Lanka's President Maithripala Sirisena has replaced Prime Minister Ranil Wickremesinghe with former President Mahinda Rajapaksa; a man accused of widespread human rights abuses during the Sri Lankan Civil War. The appointment has sparked a political crisis in Sri Lanka with opposition groups highlighting that the return of Rajapaksa will undo the post-civil war reconciliation process and heighten the risk of divisive policies that seek to suppress minority groups. The United National Party (UNP) claimed that 100,000 people demonstrated against the appointment of Rajapaksa on 30 October. Further demonstrations are likely in the coming weeks.

Political: Sri Lanka’s President Maithripala Sirisena has sworn in a new cabinet following the dismissal of the previous Prime Minister Ranil Wickremesinghe. Sirisena has also suspended parliament in an apparent attempt to give the incoming Prime Minister, former President Mahinda Rajapaksa, time to muster support against any no-confidence vote. The Parliament’s speaker has warned of a possible “bloodbath” if MPs are not summoned back immediately to resolve the deepening political crisis.

There has already been violence and protest action in Colombo. A bodyguard of disposed Petroleum Minister Arujuna Ranatunga opened fire after crowds allegedly surged forward whilst the minister attempted to enter his office on 28 October. Ranatunga had to be rescued from the Ceylon Petroleum Corporation company’s offices by police commandos. On 30 October, a protest was held by the supporters of the United National Party (UNP).

The situation is now that both former PM Wickremesinghe and incoming PM Rajapaksa are claiming to be the country’s legitimate prime minister. There are fears that the crisis will continue to escalate towards further unrest and violence; destabilising the country. Wickremesinghe has demanded that parliament meet so he can prove his majority support. Thus far, the army has pledged to not interfere in the crisis.

Since the end of the 26-year civil war against Tamil separatists in 2009, Sri Lanka’s economy has grown rapidly. The country is also geopolitically significant; sitting next to key shipping lanes in the Indian Ocean and just off India’s south-east coast. However, this position and the economic growth has drawn the country into the wider competition between China and India. Rajapaksa is seen as relatively pro-Chinese; he had opened the country’s biggest port up to Chinese naval Submarines whilst president. Following Rajapaksa’s defeat in the 2015 elections, there were accusations that New Delhi had meddled in the vote; an accusation denied by New Delhi.

The sacking has resulted in a breaking up of the fragile coalition that was governing the South Asian country. Sirisena was elected in 2015 on a mandate to investigate accusations of war crimes and graft against the previous government; that of the now Prime Minister Mahinda Rajapaksa. With this mandate now in tatters, it is unclear how Sri Lanka will proceed; some have termed the transition of power as “illegal” with the Sri Lankan constitution ambiguous on the legality of the replacement. In reaction, over 100,000 people are said to have already taken part in a protest in Colombo on 30 October against what they are terming as a “coup”. While the rally in Colombo transpired peacefully, further rallies may result in clashes and a continued escalation of violence.

The biggest worry for politicians and those operating in the country is that the escalating tensions could spill into violence. One person has already been killed in the crisis and there is a fear that should opposing supporters come together this number could grow. Outside of Colombo, in the north of the country, the appointment of Rajapaksa will unnerve the Tamil population; who see the former president as a figurehead of Sinhalese nationalism. Human rights groups have raised alarm over Rajapaksa’s return due to allegations of war crimes in the conflict with Tamil separatists; the former president is known for his ruthless offensive against the Tamil rebels. They fear that the incoming PM will resume suppression against Tamils and undo the progress that has been made in the post-civil war reconciliation process.

Additionally, there were also anti-Muslim riots in March this year that required a state of emergency to calm. Rajapaksa is popular in areas that were affected by this mob violence. The fear now is that, with the government in crisis and a former president turned PM known for his Sinhalese nationalism incoming, Buddhist extremists will see this new PM and the unrest as a green-light to restart anti-Muslim violence.

The crisis has the potential to result in a prolonged period of civil unrest in the country; with a heightened likelihood of violence. Despite this, thus far, Sri Lanka has remained relatively peaceful, but tense. Further protests are highly likely; however, these are likely to also remain peaceful. The main threat of violence in the country comes from the Muslim and Tamil minorities or from an isolated incident during a protest or political event; similar to the shooting that occurred on 28 October.

Despite the ongoing crisis, travel to Sri Lanka can continue as planned. Travellers and businesses operating in Sri Lanka should still monitor the latest developments as the situation does remain volatile and could change with little or no warning.

Additionally, if currently in country, avoid potential protest flashpoints; such as, areas around the prime minister’s residence and other government buildings. Be aware of your surroundings and leave any areas should demonstrators begin to gather.

Maritime providers operating in the Indian HRA should also continue to monitor the situation in Sri Lanka due to the potential implications that unrest may have on operations in Galle and other ports.