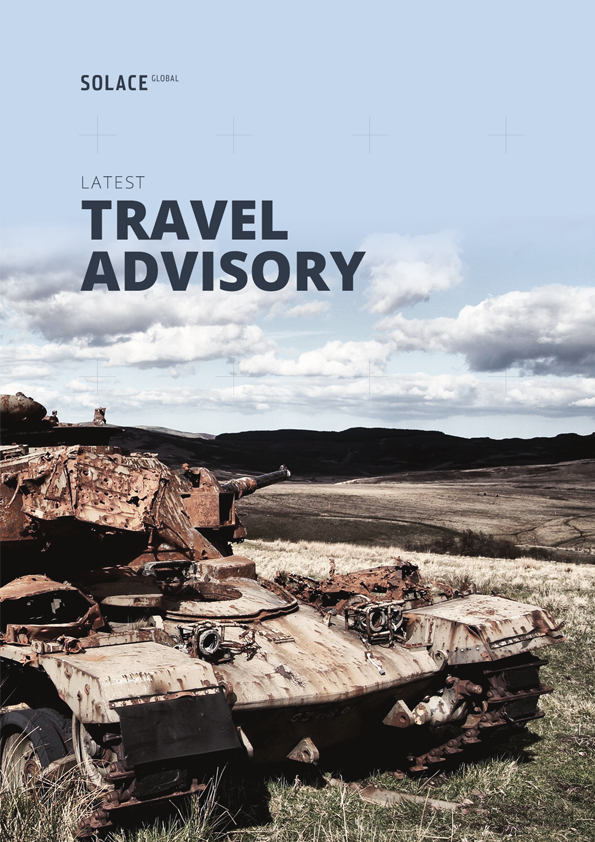 Ten people were killed, including one British national, and 32 were injured following a targeted complex attack on the compound of an international security contractor near Green Village in Kabul at 18.30 (local time) on 28 November. A vehicle-based explosive (VBIED) device was detonated outside the gates of the compound before four militants stormed the site leading to standoff between the militants and responding Afghan security forces that lasted into the early hours of the morning. The Taliban subsequently released a statement claiming the attack was in response to a US airstrike in Helmand province hours earlier. Travel to Kabul should be for business-critical purposes only and supported by an accredited security provider.

A compound belonging to the British security firm, G4S, in the Camp Anjoman complex in eastern Kabul was targeted by five militants on 28 November in a complex attack that resulted in the death of ten people and multiple injuries. Approximately 240 personnel were on-site when a militant drove, and then detonated, a VBIED at the main gate at 18.30 causing significant damage to the G4S facility and surrounding buildings.  Four assailants armed with automatic rifles then entered the facility through the breach in the main gate, engaging Afghan security forces in a firefight until the early hours of the next morning. All four attackers were subsequently killed by Afghan commandos. Two-hundred and thirty personnel were evacuated from the compounds safe room after Afghan security forces retook control of the facility.

The attack was launched hours after Afghan President, Ashraf Ghani, declared the formation of a 12-person committee to manage the prospective peace talk process with the Taliban and on the same day as US airstrikes reportedly hit civilian targets in Taliban held areas of Helmand province. In a setback to prospective peace talks, the Taliban statement that proceeded the attacks referred to the Afghan government as impotent and a waste of time.

Solace Global have issued 86 security alerts on Kabul in the last six months highlighting a consistent threat to travellers in the city. Those currently in, or travelling to, Kabul should ensure they have access to secure compound-based accommodation with a safe room and conduct all road movements alongside a trusted and accredited security provider. If you notice any suspicious activity near your compound report it immediately to the site security focal point and escalate to your emergency point of contact. 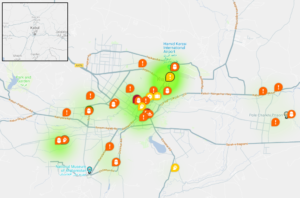 Despite increasing competition from other militant groups, the Taliban remain the most organised and lethal insurgent group in Afghanistan, possessing both the desire and capability to carry out largescale and coordinated attacks in Kabul, often targeting high profile locations or individuals. Camp Anjoman, where the G4S compound is located, is a purpose-built secure facility with a military standard of security and surveillance including blast walls, underground bunkers, face recognition CCTV and a NATO-standard armoury. The attack on 28 November follows a trend of the Taliban seeking to infiltrate and launch attacks in Kabul against in areas considered “safe or secure zones”. Such attacks are a clear tactic by the Taliban to reduce the desire of foreign organisations and government to operate in the city and the wider country.

The compound attack occurred just over a month after the Taliban infiltrated a high-level meeting in Kandahar, attended by General Austin Miller, commander of the NATO resolute support mission, and assassinated the Kandahar Police Chief, General Abdul Raziq. In January, Taliban militants drove an ambulance laden with explosives into the ‘secure zone’, Share Naow, passing a police check point before detonating the VBIED near the offices of the European Union. The blast killed 95 people and injured 158, reconfirming that no area in the city is immune to insurgent attacks.

Over the last year, the Taliban have made territorial gains in numerous provinces in the country, controlling around 59 (14.5 percent) districts in the country and contesting with the Afghan government 119 districts (29 percent). Throughout 2018, the Taliban predominantly targeted Afghan National Defense and Security Forces (ANDSF) bases and outposts in an effort to drive government forces out of certain districts; however, the group have continued to launch attacks in Kabul on a consistent basis, often targeting government offices as well as foreign assets thought to be involved in the ongoing military campaign. During the election period at the end of October, the Taliban launched over 400 attacks in an effort to disrupt the political process and stretch the resources of the security forces.

Afghan President Ashraf Ghani has sought peace talks with the Taliban after both the Afghan government and the Taliban observed a three-day cease-fire during the Eid al-Fitr holiday in June 2018.  This was the first formal cessation in fighting since the war began in 2001.  The Afghan government have made several failed attempts to build on the June success, proposing a further three-month cease-fire that was subsequently rejected.  According to some reports US officials met with the Taliban in Qatar in July to discuss the potential for peace talks.