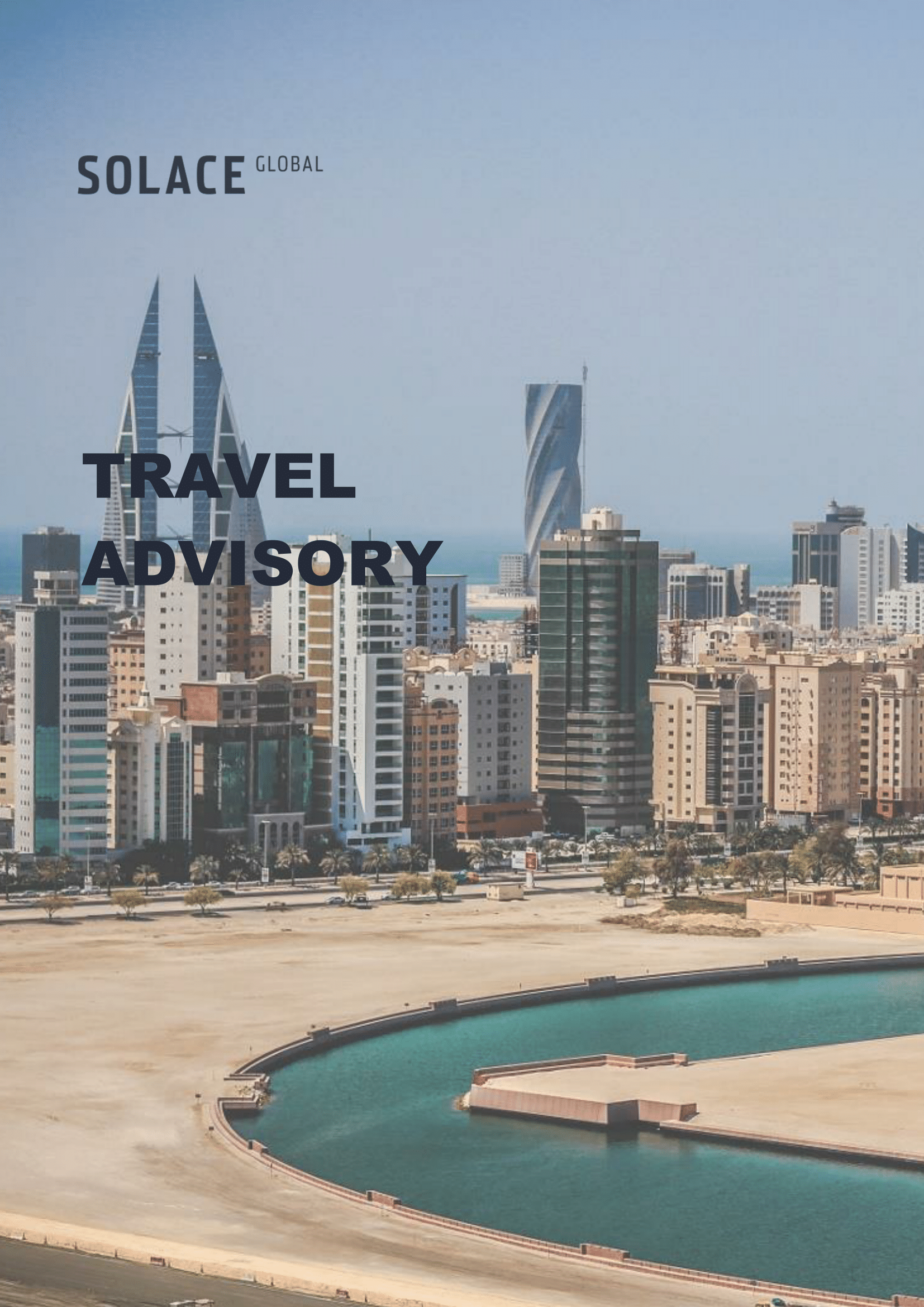 Risk of Unrest in Bahrain Ahead of Anniversary of 2011 Uprising

The 8th anniversary of the 2011 uprising in Bahrain on 14 February will take place in a heightened regional context. Security will be high across the country amid concerns of a risk of unrest ahead and on the day of the anniversary.

Security Risk: Bahrain will soon be marking the 8th anniversary of the 14 February 2011 uprising, which was met by a heavy-handed government crackdown on Shi’a-led protests with the support of Saudi and Emirati troops.

The anniversary of the uprising remains a source of concern for authorities due to the high risk of protests on and around 14 February across the country, mainly in predominantly Shi’a districts outside of the capital Manama. The days and weeks preceding the anniversary also tend to see the arrests of activists and perceived opponents to the regime, including elements accused of supporting or being backed by Iran, which Bahraini authorities regard as the main threat to national and regional stability, notably by inciting anti-government rallies and seeking to overthrow the monarchy, which Tehran denies.

Demonstrations against the Sunni regime and government have occurred on a weekly basis in Shi’a suburbs and villages outside of the capital Manama since 2011. The Sanabis area, the town of Hamad, Saar, Budaiya, Diraz and the Sitra area have been particularly affected. While there have not been any large-scale demonstrations since the violent crackdown on protesters in 2011, mainly due to repressive measures on perceived dissent and the rapid suppression of demonstrations, the risk of violent unrest remains and protests tend to flare up on key dates. Protests were held throughout January to commemorate the third anniversary of the controversial execution of Shi’a cleric Sheikh Nimr Baqir al-Nimr in Saudi Arabia, and the second anniversary of the execution in Bahrain of three Shi’a men who were convicted of planting a bomb which killed three policemen in 2014. Protests were also organised against the Saudi regime for killing six Shi’a men in a security raid in the al-Qatif region in Saudi Arabia’s predominantly Shi’a Eastern Province on 6 January.

Last year, protests to mark the 7th anniversary of the uprising erupted on 13 and 14 February, including in Abu Saiba, Al Daih, Mameer, Al Eker, Bilad Al Qadeem, Diraz, Sitra and Nuwaidrat. The number of protesters who joined the demonstrations was unclear, ranging – depending on the sources – from dozens to hundreds (Iranian sources) but clashes were reported in some areas, with police resorting to tear gas and live ammunition against demonstrators in several villages.

Bahraini authorities, notably via government-organised non-governmental organisation Bahrain Human Rights Watch Society (BHRWS), have in the past years issued warnings ahead of the anniversary about the risk of violence by the Shi’a February 14 Coalition which emerged in 2011 against the al-Khalifa regime and which Manama designated a terrorist group in 2014. BHRWS has repeatedly called on the government to take stronger action against the February 14 Coalition and last year was active in distributing leaflets in Bahrain’s villages warning residents that the group would take part in a “disobedience” movement ahead of the anniversary, prompting business owners to stop work in several areas in anticipation of the protests. Similar scenes are likely ahead of this year’s anniversary.

Tensions are high following a series of controversial announcements by the Bahraini authorities and judiciary over the past few weeks. In December, Bahrain’s Court of Cassation upheld a five-year jail sentence against human rights activist and outspoken critic of the government, Nabeel Rajab. Rajab, who played a prominent role in the 2011 protests, was convicted in February last year over social media posts in which he accused the prison authorities of torture and criticised Saudi Arabia’s air strikes in Yemen. Rajab also faces sanctions in a number of other cases, including over a column he wrote in the New York Times in 2016. Bahrain’s top court has also decided to uphold a life sentence against Shi’a opposition leader Sheikh Ali Salman over charges of spying for Qatar, a decision that was condemned by Iran, the EU and Amnesty International, among others. Salman, who led the Shi’a opposition bloc al-Wefaq, which was dissolved in 2016 as part of a crackdown on dissent in the kingdom, was convicted in November for “acts of hostility” against Bahrain. He was initially acquitted by Bahrain’s high criminal court in June, but the decision was later overturned by an appeals court. The Bahraini Court of Cassation also decided to uphold a ruling to dissolve the opposition group National Democratic Action Society (Wa’ad) and to confiscate its assets over alleged links to terrorism. Both Wa’ad and al-Wefaq were prevented from participating in the November 2018 parliamentary elections.

This series of verdicts against Shi’a organisations and key leaders is adding to a pervasive feeling of marginalisation among the Shi’a community, exacerbated by the authorities’ refusal to listen to opposition demands for reforms. This raises the risk of anti-government protests ahead of the 14 February anniversary, and of civil unrest outside of the main Shi’a areas in the longer term.

The police response to any attempt to breach the law – protests and public gatherings are illegal in Bahrain – will be violent. Protesters often resort to burning tyres to blockade roads and disrupt traffic, but more violent action has involved the use of Molotov cocktails and Improvised Explosive devices (IEDs) against security forces and government buildings. Bomb attacks have previously occurred in public places and on highways. Tensions could also flare up in response to perceived provocations on the part of the government, or in the event of controversial developments in the region, including the execution of Shi’a civilians or prominent clerics.

Protests could erupt at any time and with little, if any, warning throughout the month of February. Personnel must steer clear of all protest sites, including in Manama, due to the high risk of disruption and potential for a quick escalation of violence. Security forces will show a zero-tolerance approach to protests and foreigners participating in protests or found in the vicinity of protests may be subject to arrests and/or legal action.

Personnel are advised to limit road movement on the eve and on the day of the anniversary, and travel to/via Shi’a-majority areas should be avoided on the day and around Friday prayers on 15 February. Personnel must be vigilant in the vicinity of government buildings, in particular the Ministry of Interior, and be prepared for additional checkpoints across the country ahead of 14 February. An increased security presence should be expected in the capital ahead of the anniversary and travellers must head the advice of local authorities. The deployment of security forces across the city to try and prevent large-scale protests has the potential to spill into other areas, including the Shaikh Isa Bin Salman Highway that connects the causeway to the airport.

Potential flashpoints of protests include:

Personnel are also advised to refrain from expressing any opinion that could be deemed insulting to the regime, and avoid discussions on Iran and Qatar, including on social media. Personnel should also keep abreast of local and regional developments that could trigger protests and lead to unrest.