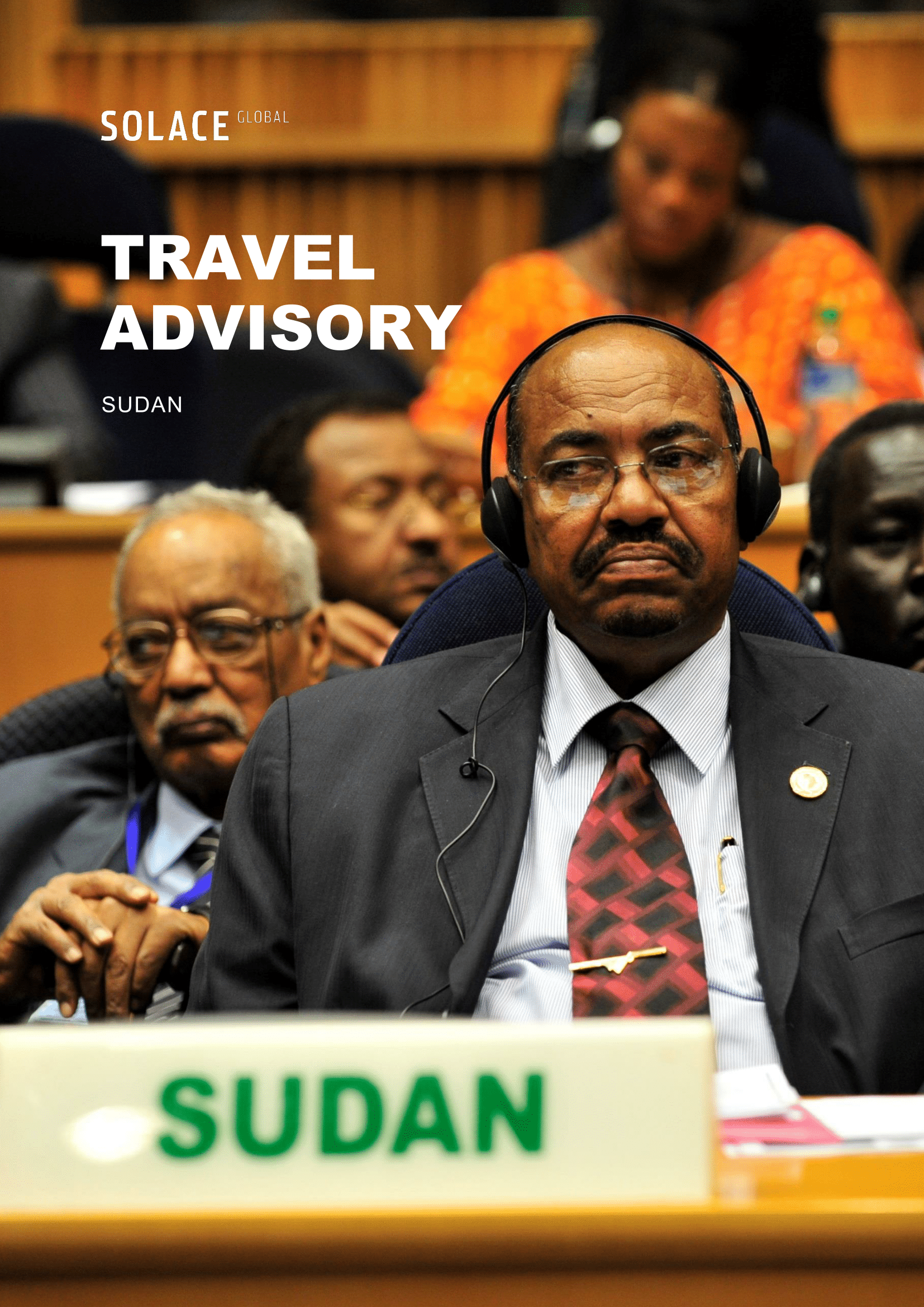 Following months of protests in the capital Khartoum, President Omar al-Bashir has been removed from power by the country’s army. Unrest continues in the country as demonstrators push for a complete overhaul of the political elite.

On 19 December 2018, large demonstrations began throughout Sudan following a decision by the government of President Omar al-Bashir to triple the price of essential goods. The decision was made due to ongoing severe economic stagnation, with acute shortages of foreign currency and an inflation rate of approximately 70 percent. As the protests continued into the new year, President Bashir, who had been in power for more than 30 years, refused to step down, which resulted in numerous opposition groups uniting and signing a “Declaration of Freedom and Change”. The government responded to this coalition by arresting over 800 opposition figures and protesters; with around 40 people believed to have been killed.

However, as these protests and clashes continued, with increasing reports of junior soldiers stepping in to protect protesters, military officials appeared pressured to take action and proceeded to remove the president early on 11 April. The palace coup was considered relatively surprising, as Bashir had established measures to ensure the loyalty of the senior members of the military apparatus, given that he himself came to power in a military coup.

The removal of the president was met with much joy among protesters who continued to take part in rallies in the capital celebrating the victory. However, in the afternoon, the Minister of Defence, Ahmed Awad ibn Auf, made an announcement that a military council, to be known as the Supreme Security Committee, would take charge of the country for the next two years. The country’s constitution was also suspended with the promise of a revision, while a ceasefire and an offer for armed groups in the country’s west and south to join the political process. In his speech, Ibn Auf emphasised greatly his desire for a peaceful transitional process in the country, but this has not stopped the protester’s celebrations quickly turning to chants against the country’s defence minister and the military.

That night, residents in Khartoum defied the overnight curfew and continued demonstrations into 12 April. The Sudanese Professionals Association (SPA) has called for continued sit-in protests until a civilian government is formed. Despite the continued unrest, there have not yet been any reports of security forces attempting to disperse the crowds. However, the situation remains tense: on 11 April videos were circulated on social media of soldiers exchanging gunfire with an unseen foe just north of Khartoum International Airport, where most of the protests are taking place. It is unclear if any casualties occurred in the exchange of gunfire. However, the unrest has resulted in 13 fatalities countrywide, mainly in the capital, as well as in Atbara, Wad Madani and Zalingei.

The military have announced a three-month state of emergency and the country’s border crossings have been closed until further notice. Many foreign governments, including the US State Department, have issued notices on 11 April calling for all non-emergency government employees to evacuate from Sudan as a precaution. Countries are also warning their citizens against all travel to the country until the situation calms.

Now that the president has been removed, protesters are demanding “real, meaningful” change. A brief period of joy has turned into a period of insecurity and fear. With the majority of protesters rejecting the military’s seizure of power, the Sudanese Professionals Association (SPA), a signatory of the Declaration of Freedom and Change, and a prominent group in leading the protests rejected Ibn Auf’s move as a “military coup” and vowed to hold further demonstrations. Representatives of the youth-run Girifna resistance movement, another signatory to the declaration, has also vowed to continue protesting until their demands were met. The group have stated that they want a four-year transition period where technocrats take over the country and make it “ready for democracy”; with an army that would protect the people instead of ruling them.

The protesters themselves are not happy; they feel they have risked their lives without receiving the democratic outcome that they had sought and hoped for. Alaa Salah, the 22-year-old architecture student who became a symbol of the revolution after a picture of her dressed in traditional white dress or “Toub” giving a speech to a crowd of demonstrators went viral, said “We will only accept a transitional civilian government composed of the forces of the Declaration of Freedom and Change. No other plan will be acceptable”.

These differing demands from numerous groups are unlikely to be met by Sudan’s powerful security establishment who is used to having a strong say in the country’s governance. This is especially true now that while Bashir has gone, it looks, and feels, like his regime remains intact, in what is more a palace coup compared to a full coup d’état. Indeed, the military appears to have gained even more power than what they had under Bashir, with more moderates in the country being overlooked and the traditional Islamist wing of Bashir’s National Congress Party (NCP) also appearing to lose influence.

Additionally, the change from a dictator to a military council does little to address Sudan’s deep running issues. The former president is accused of mismanaging the country’s economy, which resulted in the increased food prices, regular fuel shortages and widespread shortages of currency. The country also has a GDP of less than 4,500USD per capita and unemployment levels are around 20 percent. The anger over the poor economic performance in the country turned toward the regime; institutional corruption and massive security spending at the expense of basic services.

The actual ousting of the president has been carried out without much bloodshed; the palace coup has, for the time being, avoided a backlash from sections of the security forces, such as the police and the paramilitary Rapid Support Forces (RSF) that are traditionally loyal to Bashir. The unrest has, thus far, resulted in at least 50 people being killed, according to rights groups. Thousands were also jailed, though have been released as part of the military coup.

Despite these positives, the next days and weeks will be tense for the country, should fractures in the military begin to surface, as displayed by the junior soldiers siding with protesters. Moreover, military factions such as the RSF or the Janjaweed (a militia group operating in the country’s west), as well as localised armed groups also constitute a concern, as their decision to intervene would fuel the instability in the country. This, in turn, is likely to affect the already unstable security environment in Darfur, where low-level violence is ongoing, and that would suffer from an escalation of the unrest in Sudan.

Finally, Sudan’s new interim ruler, Lieutenant General Ahmed Awad ibn Auf, is widely seen as a like-for-like replacement for Bashir; a far cry from the leadership change that protesters have been hoping for. Ibn Auf was, in fact, sanctioned by the United States for his role in atrocities in Darfur. The general set up the Janjaweed, an aspect that may help keep their stability, and allegedly took part in events, as head of military intelligence, that led to an estimated 300,000 deaths; in what the US government has termed as a genocide. A 2004 UN commission of Inquiry gathered substantial evidence of crimes committed in Darfur and identified military intelligence as among those organizations that played “a significant role” in attacks against Darfuris. However, although it issued arrest warrants for Bashir, the International Criminal Court did not seek action against Ibn Auf.

An internal power struggle and prolonged period of instability remain possible should Ibn Auf fail to unite the military and the country behind his council. Should protest action continue, the threat of inter-security forces clashes is also possible which would further complicate the situation in the country and pose a potentially disruptive threat to business interests.