On 15 September 2018 a group of armed gunmen dressed as mariachi musicians opened fire on crowds celebrating Independence Day. Five people were killed and nine injured in the Garibaldi Plaza, a well-known tourist hotspot where mariachi bands serenade visitors and locals. 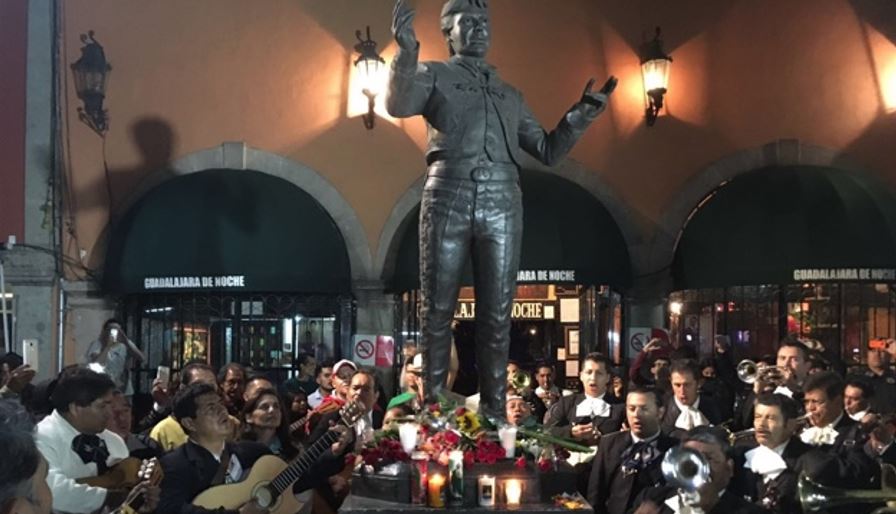 Crime: On 15 September 2018 a group of armed gunmen dressed as mariachi musicians opened fire on crowds celebrating Independence Day. Five people were killed and nine injured in the Garibaldi Plaza, a well-known tourist hotspot where mariachi bands serenade visitors and locals. At least one foreign national was wounded in the attack. Local media has stated that three gunmen were involved in the attack; however, this has not been confirmed by the authorities. The suspected gunmen fled the scene on motorcycles following the shooting. No arrests have taken place following the attack but two people have been questioned by police.

Although no motive has been confirmed, security services and authorities suspect organised crime gangs are responsible for the attack. Local reports suggest that the shooting was the result of cartels fighting over the city centre. Similar festivals in Guerrero and Guanajuato states have also been cancelled due to the recent violence. Many business owners in Mexico City and within Garibaldi Plaza have returned to work and opened as per normal in an attempt to continue normality.

The shooting on 15 September 2018 created a sombre atmosphere over Independence Day festivities in the city. During this festival, many Mexicans wear mariachi costumes as a symbol of national pride. Independence Day falls on 16 September and commemorates the launch of the revolt against the Spanish rule, it also sees the busiest time in tourist hotspots such as Garibaldi Plaza. Garibaldi Plaza borders Mexico’s Tepito neighbourhood which is home to the smaller group, La Union gang.

Few crimes are solved in Mexico due to the high levels of crime and related corruption. Drug cartels are prevalent throughout Mexico, with their conflicts often resulting in civilian deaths. Mexico City remains a disputed territory; however, cartels often attempt to gain control over the area, including the La Union gang. It is argued that the Jalisco Cartel New Generation (Cartel Jalisco Nueva Generacion – CJNG) has extended its operations to Mexico City, authorities have stated that they believe the attackers belong to this cartel. Although the government has previously adopted an intense surveillance strategy, including low flying helicopters for intimidation, much of the police fail to control cartels over fear of retribution attacks. Low flying helicopters allow for security officers to survey the streets for criminal activity, along with identifying key areas of both drug production and distribution. The use of these high-profile policing methods is expected to be stopped in December 2018 despite police reporting it has doubled the average daily arrests. The cartels still hold control over the authorities, leading to increased levels of corruption. In cases where police are seen to be tackling drug crimes they are often targeted in attacks or executed.

Former Mexico City mayor and incoming President, Andres Manuel Lopez Obrador, is confident in implementing new strategies to tackle drug and violent crime. Mexico has fought this crime for the past 12 years and despite an increase in interventions, to improve police funding, unemployment and the educational sector, it is unlikely to reduce the threat of organised crime in the near term. Military intervention has produced little disruption to organised criminal gangs and with cuts in place there is little trust and support for government tactics. It is expected that 2019 will see new government plans in the fight against organised crime.

In 2017 there were upwards of 29,168 murders across Mexico, with 2018 already expected to exceed that with a current indication of a 20 percent increase. Mexico’s homicide rate is at it’s highest since the government began recording in 1997. Despite this a number of crimes still remain unreported, due to police corruption, and crimes not being registered through lack of evidence, such as missing persons. Although there is a severe level of violent crime across Mexico, the fighting is often between security forces and cartels, including intercartel disputes. Security forces and rival gangs remain a more frequent target than foreign visitors.

The gun attack on 15 September is notable as it targeted a public and tourist area during the festivities where crowded congestion was at a peak, and the likelihood of bystander casualties was high. Gang attacks are more often in the form of individual executions and shootings than mass indiscriminate shootings. When mass attacks have occurred, it is commonly an ambush on police and/or security forces. Whether this attack indicates a likelihood of a new trend for gang and drug related shootings remains to be seen. The attack in Garibaldi Plaza gained significant media coverage; with no confirmed responsibility, the attraction of such attacks may appeal to competing cartels and gangs.

Travellers are advised to maintain a heightened sense of awareness when travelling to Mexico, particularly if visiting areas away from tourist districts. Efforts should be made to avoid attending public political events, and enhanced security measures should be considered if conducting business with political candidates or office-holders.

Opportunistic robbery, corruption, and express-kidnap remain the most likely security risks to affect travellers in Mexico, all of which may be accompanied by the threat of violence. Should you be targeted in such a manner, travellers should offer no resistance and minimise the risk of inciting the attacker to use force.

Solace Global would advise clients to employ enhanced security measures when visiting Mexico – airport meet and greet and pre-booked driver for all travel should be considered the minimum-security precaution. Travellers may also wish to employ executive protection in accordance with the traveller’s personal risk profile. All travellers should employ travel tracking and intelligence software in order to support implementation of duty of care, and ensure travellers remain aware of changes to their security environment.