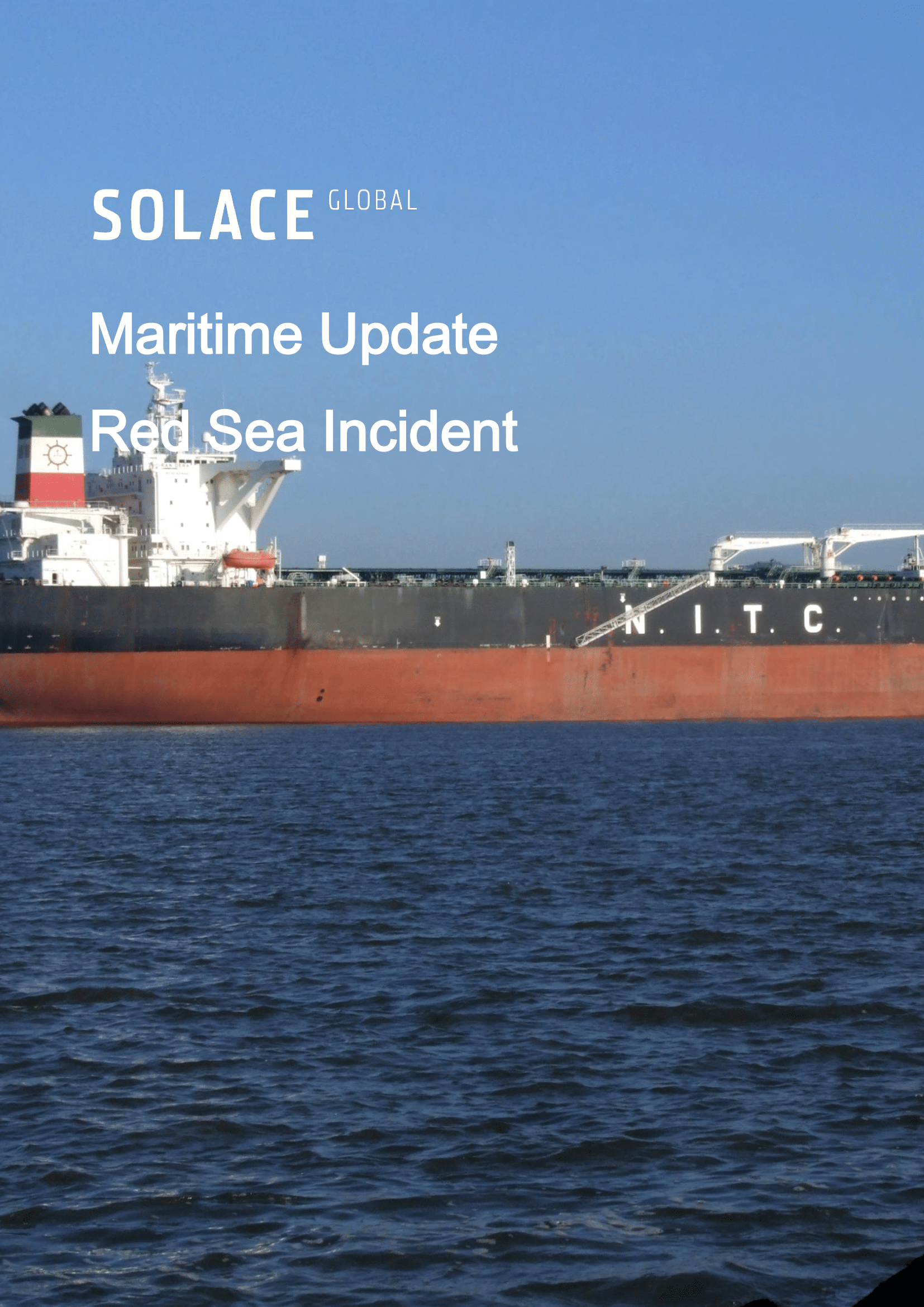 Early on 11 October, reports broke that an explosion and a fire had impacted an Iranian oil tanker in the Red Sea. While information regarding the details of the incident remains unclear, Iran's national oil company (NOIC) officially claimed the vessel was hit by missiles but refrained from providing evidence.

Early on 11 October, reports broke that an explosion and a fire had impacted an Iranian oil tanker in the Red Sea. The vessel, reported to be initially the Sinopa; however, this has since been reported to be the Sabiti, both vessels belong to the National Iranian Oil Company and were located in close proximity to one another some 120km (60 miles) off the coast of the Saudi port city of Jeddah at the time of the incident.

While information regarding the details of the incident remains unclear, Iran’s national oil company (NOIC) officially claimed the vessel was hit by missiles but refrained from providing evidence. Iranian media sources also called the incident an attack and a “terrorist incident”. There have been no immediate comments from the Saudi government or from other stakeholders in the region. However, a spokesman for the US Navy’s 5th Fleet in the Middle East said authorities were “aware of reports of this incident” but he declined to comment further.

This is the latest in a series of events impacting the oil infrastructure in the Gulf region in recent months, taking place in an environment of already high tensions between regional rivals Iran and Saudi Arabia as well as between the US and Iran.

The latest reports on Friday, 11 October, are that an Iranian tanker was ablaze off the Saudi coast after suffering an explosion. Initial reports from Iranian sources have stated that it is believed that the tanker has been hit by two rockets and there was an ongoing oil leak. At this time, none of the crew are understood to have been injured and the ship remains in a stable condition with those on board currently attempting to tackle the blaze and repair the damage. Iranian state media have also reported that two tanks of the vessel have been ruptured which prompted the oil leak.

Crucially, Iranian officials have not immediately commented on the media reports, with Shana, the news agency of the oil ministry, denying that the tanker was still ablaze but confirming that some oil had escaped into the sea by stating that the crew had managed to curb the leak. The tanker is reportedly laden with a million barrels of oil and was believed to be bound for Syria. The trip is a regular run made by the vessel, alongside trips to China, two countries that still buy Iranian oil despite the heavy sanctions imposed on it by the US.

The 11 October, incident in the ongoing Middle East tensions has already caused oil prices to jump by 2 percent. Past episodes have seen tankers allegedly attacked near the Strait of Hormuz in June and July, with the United States accusing Tehran of being the perpetrator. There was also an attempted and then a successful seizure of a British-flagged tanker after the UK’s decision to help detain an Iranian vessel off the coast of Gibraltar. As well as, most recently, the rocket attacks on the Saudi Abqaiq and Khurais oil facilities. The incidents, alongside the US sanctions on Iran, are only increasing the tensions in the region.

This is the third Iranian tanker in 6 months to be incapacitated in this part of the Red Sea. The first was the Happiness I and more recently the Helm. These two incidents, however, involved vessels getting into difficulties and not direct attacks on an Iranian ship at sea. Iran has one of the largest tanker fleets in the world; however, many of the vessels are ageing and in need of repair, overhaul and replacement. As such, breakdowns at sea are not uncommon. Therefore, importantly, this is the first time that an Iranian vessel has suffered actual damage from an apparent external factor while transiting the region. While unclear at the moment, the incident could present a retaliation by Saudi Arabia for the September oil facilities attack.

While the Red Sea has been spared much of the instability that the Persian Gulf, Strait of Hormuz and the Gulf of Oman have seen in the past months, the region has not been without incident. In July, naval forces from the Saudi-led coalition currently active in Yemen allegedly foiled an attempted attack on a commercial ship in the southern Red Sea by the Houthi rebels. The incident was denied by the group. Also, in July, Saudi Arabia halted all oil shipping through the Bab al-Mandeb Strait into the Red Sea due to an attack on two ships by the Houthi Rebels.

The incident, if it is found to be an attack, presents a significant issue for Iran. Transferring oil to Syria is vital for the Iranian economy under heavy sanctions, but the past attempt to transfer oil around the Cape of Good Hope resulted in the vessel, Grace 1, being seized by the UK/Gibraltar authorities. The vessel was then only released after promises were made that it would not unload its cargo in Syria. These promises appear to have been broken and, as such, it is unlikely that the British, EU and US authorities will allow the Tehran authorities to pull off the same trick twice.

As such, the Red Sea’s importance for the Iran-Syria oil trade is a weak point that Riyadh may look to exploit in retaliation for past attacks. The area is a weak point for Iran as, unlike the Persian Gulf or Sea of Oman, Tehran is unable to project power into the sea effectively without using its regional proxies, the Houthis. The Yemeni rebels also act more as an offensive weapon, better at launching attempts at targeting Saudi shipping and would be ill-equipped to provide any sort of vessel protection or safeguarding measures.

What now for vessels in the Region?

The incident presents the latest targeting of oil tankers in the region. Numerous vessels have experienced incidents in the area and there has also been significant damage made to oil infrastructure in Saudi Arabia. As such, further attacks are likely, and simply cannot be ruled out; it is especially likely that oil tankers flying an Iranian flag could be targeted in the Red Sea, while Saudi ships may be targeted respectively in the Persian Gulf and Sea of Oman. However, ships trading out of UAE and Saudi ports have been in the past, as such, caution should still be employed regardless of vessel flag. While the main threat remains around the Strait of Hormuz, incidents could occur anywhere in the region.

Convoy and escort missions are already underway in parts of the Gulf and this does mitigate the risk somewhat. It would be surprising for Iran to attempt another seizure, for example. However, it is important that vessels to remain alert, be aware that incidents could occur at any time and pose a risk region-wide. Additionally, be aware that due to the presence of warships, tactics are likely to evolve, with long-range missile attacks, clandestine limpet mines and WBIEDs all possible.

Advice for those operating in the Persian Gulf, Strait of Hormuz and Gulf of Oman