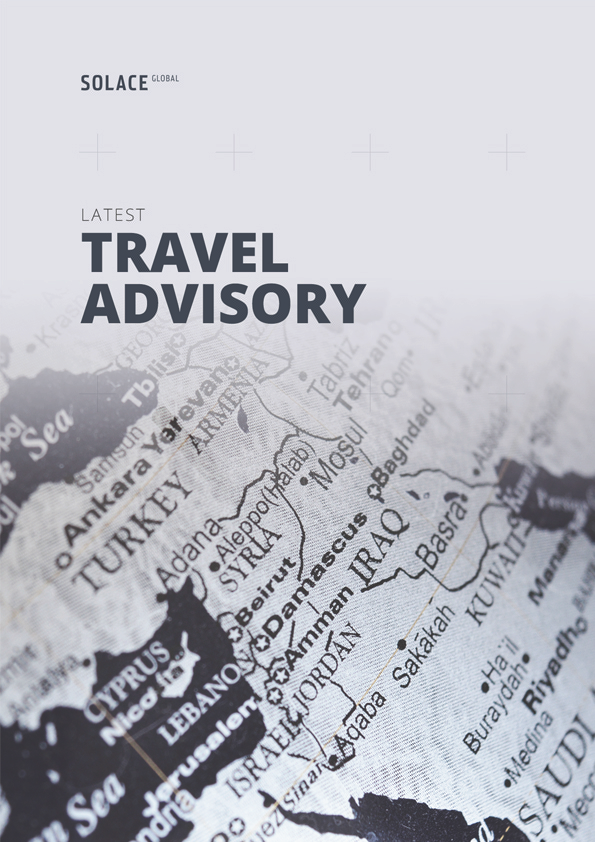 The annual Muslim festival of Hajj (also known as Eid al Adha) is due to take place from 19 August 2018 to 24 August 2018. The dates are determined by the Islamic Lunar calendar, and as such change from year to year. To be exact, the Hajj pilgrimage occurs from 08 to 12 of Dhul-Hijjah, the 12th and final month in the Islamic calendar. The date will be confirmed closer to the time, depending on a sighting of the moon. The event is the last of the five pillars of Islam and requires Muslims to travel to the city of Mecca in Saudi Arabia. The pilgrimage must be conducted by Muslims at least once in their lifetime according to Islamic scripture; the exceptions to this rule are those who are not able-bodied or those who cannot afford the trip. The Hajj festival is conducted by Muslims from around the globe, making it one of the largest annual gatherings in the world. The Hajj festival is marked by significant public holidays, both in terms of length and number of celebrating countries, across the Muslim world. 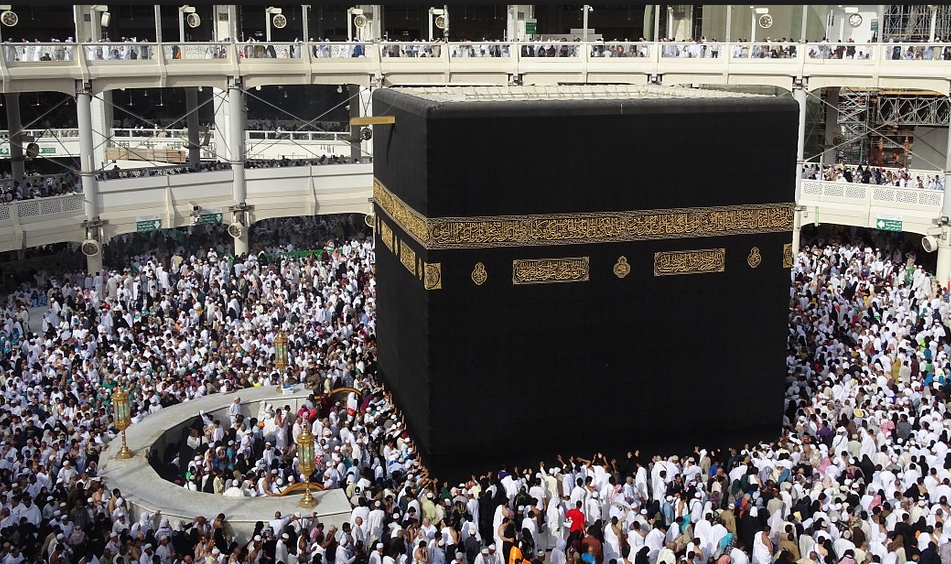 Travel Information: The annual Muslim festival of Hajj (also known as Eid al Adha) is due to take place from 19 August 2018 to 24 August 2018. The dates are determined by the Islamic Lunar calendar, and as such change from year to year. To be exact, the Hajj pilgrimage occurs from 08 to 12 of Dhul-Hijjah, the 12th and final month in the Islamic calendar. The date will be confirmed closer to the time, depending on a sighting of the moon. The event is the last of the five pillars of Islam and requires Muslims to travel to the city of Mecca in Saudi Arabia. The pilgrimage must be conducted by Muslims at least once in their lifetime according to Islamic scripture; the exceptions to this rule are those who are not able-bodied or those who cannot afford the trip. The Hajj festival is conducted by Muslims from around the globe, making it one of the largest annual gatherings in the world. The Hajj festival is marked by significant public holidays, both in terms of length and number of celebrating countries, across the Muslim world.

Hajj is the second major festival of the Muslim religious calendar. The pilgrimage is designed to replicate the actions performed by the Prophet Muhammed in Mecca; pilgrims conduct Hajj with the aim to cleanse their souls and increase their relationship with Allah. While in the city, travellers are required to perform seven rituals. An estimated three million Muslims from across the world will make the pilgrimage this year. 2017 figures indicated that the majority of pilgrims will come from Saudi Arabia, Indonesia, and Pakistan. In addition, the festival highlights charitable giving. During the Hajj period, many Muslims not performing the pilgrimage are known to conduct community work and give charitable aid to different causes.

The Hajj festival presents some issues with regional travel. During this time, many Muslim-majority countries have extended public holidays. This is generally limited to four or five days. However, Turkey and Qatar observe a ten-day holiday, while Saudi Arabia has a 12-day public holiday. This heavily impacts business and operational hours throughout such countries. In addition, regional travel is significantly busier than usual. Major regional hubs, including Dubai, Riyadh, and Jeddah are likely to become heavily congested.

In past years, there have been hundreds of deaths during the Hajj period in Mecca which is closely related to the sheer numbers who visit each year. At the 2015 Hajj, a large stampede resulted in the deaths of over 2,000 people. The cause of the stampede remains unclear. However, in previous years incidents have been caused due to one specific ritual, which involves the pilgrim throwing stones at three pillars. Because of the crowds, many are injured during the stone-throwing, with panic being known to cause mass stampedes. The 2015 stampede remains the worst disaster in the history of the Hajj. As a result of this incident, Saudi Arabian officials have increased security at the site. This includes security checkpoints throughout Mecca, as well as a ban on all vehicles entering the city. The result is further travel disruption, as reported during the 2016 Hajj. Security forces may be used in a crowd-control capacity. In addition to stampedes and overcrowding, deaths have been caused by infrastructural issues during Hajj. In 2006, an eight-storey building being used as a hostel near the Grand Mosque collapsed, killing at least 73 people. In addition, during the 2015 Hajj, a crane fell onto a crowd in the area, killing at least 87 people. Safety precautions implemented in 2017 ensured that there were no safety incidents reported during last year’s pilgrimage.

The Hajj pilgrimage has been politicised by various regional powers, including Saudi Arabia. In 2016, Iran announced that its citizens would be banned from making the pilgrimage to Mecca. This was a result of regional rivalries, particularly between Iran and Saudi Arabia. In addition, Iranian criticism of the stampede which occurred the previous year prompted the decision; over 400 Iranians are thought to have died in 2015, which Iran deemed to be a result of Saudi Arabian mismanagement. The ban has not been extended, with Iranians expected to attend the pilgrimage. In 2017, Saudi Arabia announced that it would allow Qatari citizens to travel to Mecca for Hajj and this is extended in 2018. This comes amidst an ongoing diplomatic dispute, with Saudi Arabia and its allies cutting transport, economic, and diplomatic links with Qatar.

Terrorism remains a potential risk during Hajj. An increase in terrorism is regularly reported during the other major annual Muslim festival, Ramadan. However, the Hajj festival has not seen the same trend in terrorism. Nevertheless, Saudi Arabia will reportedly be deploying around 17,000 security officers to the site, aiming in part to prevent potential attacks. There has not been a terror attack during Hajj for over 20 years. However, in July 2016 a suspected Islamic State bombing occurred at a religious site in nearby Medina. There remains the potential for a terror attack to occur within the area where Hajj is occurring. Moreover, there is also the potential for Houthi rebels in Yemen to heighten their missile attacks from Yemen into Saudi Arabian territory.

Travellers should be aware of an increase in regional travel disruption. This is likely to impact major transport hubs in the Middle East, especially Dubai and Mecca’s closest airport, Jeddah. Overcrowding and congestion is a regular feature of the Hajj pilgrimage; large crowds should be avoided as much as possible. While they may initially seem peaceful, there is the potential for gatherings of this kind to become violent or degenerate into stampedes.

There will be an increased security presence during Hajj, especially in Saudi Arabia. Travellers are advised to adhere to the instructions of the local authorities at all times. Travellers should be prepared for the enhanced security measures to impact travel times. Those with non-essential or non-Hajj related trips to Mecca and the surrounding areas are advised to delay during this period.

It is also worth considering some of the nuances of Hajj. Only Muslims are allowed to travel to Mecca, non-Muslims may be deported. There are checkpoints to prevent non-Muslims from entering. Also, those attending the pilgrimage go through an entirely different immigration process at Jeddah Airport, separate from normal travellers. Moreover, Saudi authorities place restrictions on Muslim visitors flying to Jeddah, Madinah, or Taif for reasons other than the Hajj pilgrimage from 13 July to 25 August. Only those with a Hajj visa may travel during this period. It is considered inappropriate for someone who is not performing Hajj to touch or shake hands with someone who is. They would be forced to cleanse themselves and perform other duties; it is considered a sensitive issue and could lead to some aggressive encounters. It is also not unusual to see people carrying large barrels of water during the Hajj period and special allowances are made for travelling with such items.

Given the close proximity of millions of people during this period, it is advisable that all travellers undertaking the Hajj employ enhanced medical and hygiene measures. All Hajj pilgrims should seek medical advice six to eight weeks prior to travel. Travellers should consider travelling with hand sanitiser and use it regularly. For everyone over 2 years, health authorities in Saudi Arabia require vaccination against meningococcal meningitis (ACWY). An international vaccination certificate must be shown upon arrival into the country. Those travelling from countries where yellow fever and polio are endemic should also show certification of their vaccinations. In general, most travellers should ensure they are up to date on the standard vaccinations such as tetanus and MMR. Some travellers should also have a seasonal influenza vaccination, hepatitis A, B, or rabies. Travellers should also be aware of the presence of Middle East respiratory syndrome coronavirus (MERS-CoV), which can cause severe illness and death. Saudi health officials advise regular and thorough washing of hands especially before handling food and after touching animals. Dispose of tissues after use. Avoid contact with those who appear ill and avoid contact with camels in farms, markets, or barns. It is also advisable to not drink raw milk or eat meat which has not been thoroughly cooked.

Travellers should take precautions against sun- and heat-related illnesses. Remember to drink plenty of fluids (bottled or boiled water) and liberally use Sun protection factor (SPF) of 30 or above, with four or five-star UVA protection every two to three hours. It is important to seek shade as much as possible or use an umbrella. The use of good quality footwear is important to ensure the hot sand does not burn feet. Travellers should ensure that they are physically capable of undertaking the Hajj given how demanding it can be.

For travel to Saudi Arabia, Solace Global would advise travellers to employ the minimum of a locally-vetted driver and an airport meet and greet. However, as previously noted, road travel in the Mecca region will be limited by the enhanced security measures. Therefore, it is advisable that travellers use travel-tracking technology alongside an intelligence platform to remain updated of any security-related events and to inform others in case of an emergency.

RT @BTShowlondon: *GUEST BLOG* Corporate travel: what’s not to worry about? By Chris Knight @CEGAGroup who will be, along with @SolaceGloba…

RT @CEGAGroup: Save the date for the #businesstravelshow. We'll be talking all things #travelriskmanagement with @SolaceGlobal. Register he…

RT @CEGAGroup: How do you use #travelrisk technology intelligently? Our head of corporate services explains https://t.co/yhBtpC7Z67 @Solace…

A confirmed airstrike has been conducted at #BaghdadInternationalAirport. The target being, General #Qasem… https://t.co/lb1xQFhH5Q

On 9 December, at approximately 14.30 local time, the Whakaari/#WhiteIsland #Volcano in the Bay of Plenty erupted.… https://t.co/mbORv08JvT

The end of the year marks the start of the Northern Hemisphere’s coldest months, which can lead to #travel misery,… https://t.co/HSuZuVZVEY

We had a great time attending the #EducationWithoutBorders event last week with CEGA Group #CharlesTaylorAssistance… https://t.co/zpAvAhmb1S

#SolaceGlobal are currently recruiting for a Marketing Executive to join their team in #Poole, Dorset. For the full… https://t.co/v5Y176tQnl

RT @CEGAGroup: Getting busy here at #EducationWithoutBorders - helping #schoolstaff and #students prepare for #travel in a #highrisk world…