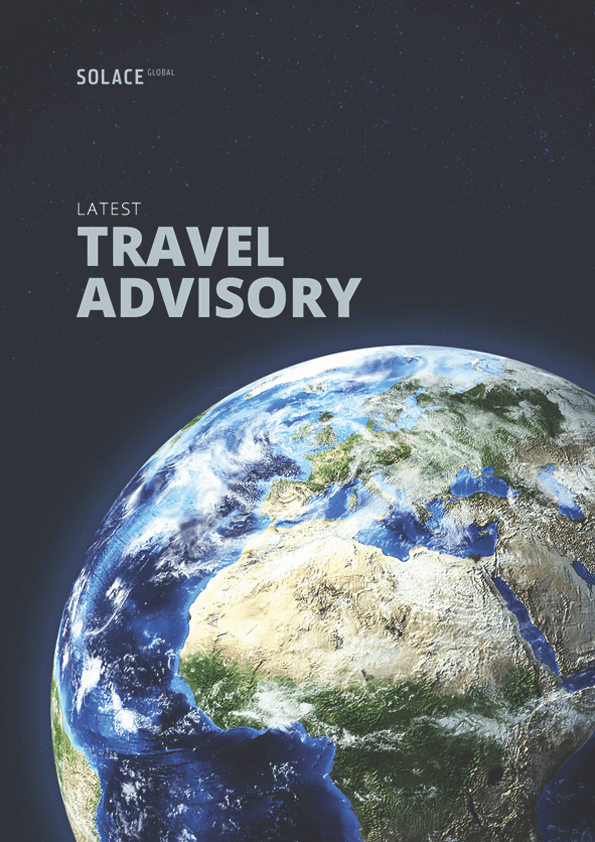 The Democratic Republic of the Congo (DRC) will contest its presidential election on 23 December following a two-year hiatus in election proceedings. Campaigning for the election will begin on 22 November. Current incumbent and leader of the People’s Party for Reconstruction and Democracy (PPRD), Joseph Kabila has ruled himself out of contention. Kabila was scheduled step down in 2016 after serving the maximum two terms as president. Widespread unrest is expected in the coming weeks leading to localised clashes between political supporters and security forces. Travellers in DRC should liaise with local contacts and avoid all political gatherings due to the risk of violence

Thirty-three candidates are currently registered to contest the presidential election on 23 December on what will be a single-vote, straight run-off for the DRC presidency. Current incumbent and leader since 2001, Joseph Kabila, will not run in the election following international pressure for him to stand down. Other prominent political leaders who will not be running include; Moïse Katumbi, after he was barred from entering the country to register as a candidate.

Kabila’s decision to not run for re-election has led to a minor reprieve in countrywide tensions that have existed since 2016; when Kabila’s second term expired. At the time, the Independent National Electoral Commission (CENI) stated the reason for the postponement was down to the lack of finances and unmanageable logistics. However, opposition groups alleged that the President had forced the suspension in an attempt to change the constitution, enabling him to run for a third term.

While Kabila’s decision to stand down has led a small de-escalation in the current political crisis, the continued political challenges in the country suggest that the elections will be a flashpoint for further unrest leading to potential clashes between political supporters and security forces. Travellers in country during the election period should anticipate an uptick in political rallies in the coming weeks and consider minimising movement on, and immediately after polling.

The decision in 2016 to suspend the election led to widespread unrest and violent repression of opposition groups; at least 50 people were killed, and many opposition leaders were arrested. The Catholic Church became central in negotiating a transition period and minimising countrywide tensions. Nevertheless, unrest and violence have continued intermittently since. With Kabila stepping down, Emmanuel Ramazni Shadary, has been appointed as his successor and candidate for the ruling PPRD. His main opposition will come from opposition leaders Felix Tshisekedi and Vital Kamerhe – who had briefly attempted to unite in a coalition of opposition parties. Both subsequently withdrew after the largely unknown candidate Martin Fayulu was elected as the single candidate to lead the coalition. The governments ban on several high-profile candidates, including former vice-president Jean-Pierre Bemba and Moïse Katumbi, has left the opposition weakened and unable to unite behind a single candidate.

The decision to stop Katumbi’s registration appears to be in direct violation of the election consensus and supporters responded to the news by organising widespread protests in DRC’s second city, Lubumbashi. Supporters of Moïse Katumbi continue to seek legal proceedings in an attempt to register the leader of the Ensemble party for the election; however, it appears increasingly unlikely that he will be able to compete in the polls.

The election will take place amidst deepening anti-government sentiment as the economic situation continues to deteriorate. Accusations of political corruption and nepotism are rife within the ruling PPRD. It is likely that Shadary will win the election with no united coalition being formed amongst the main opposition groups; however, the new leader will struggle to impose his authority over an increasingly fragmented ruling coalition.

Allegations of fraud or electoral irregularities following the election results will likely lead to widespread unrest and instability throughout the country. Security forces are almost certainly to be deployed in urban areas to control the post-election unrest, leading to clashes with protesters. Further post-election concerns include the potential that allegations of fraudulent elections will exacerbate local anti-government sentiment and drive further recruitment by rebel militias in the east of the country. Rebel attacks are likely to increase during, and immediately after, the polls in North Kivu, South Kivu, Ituri and Tanganyika as security forces are re-deployed to key polling areas during the election.