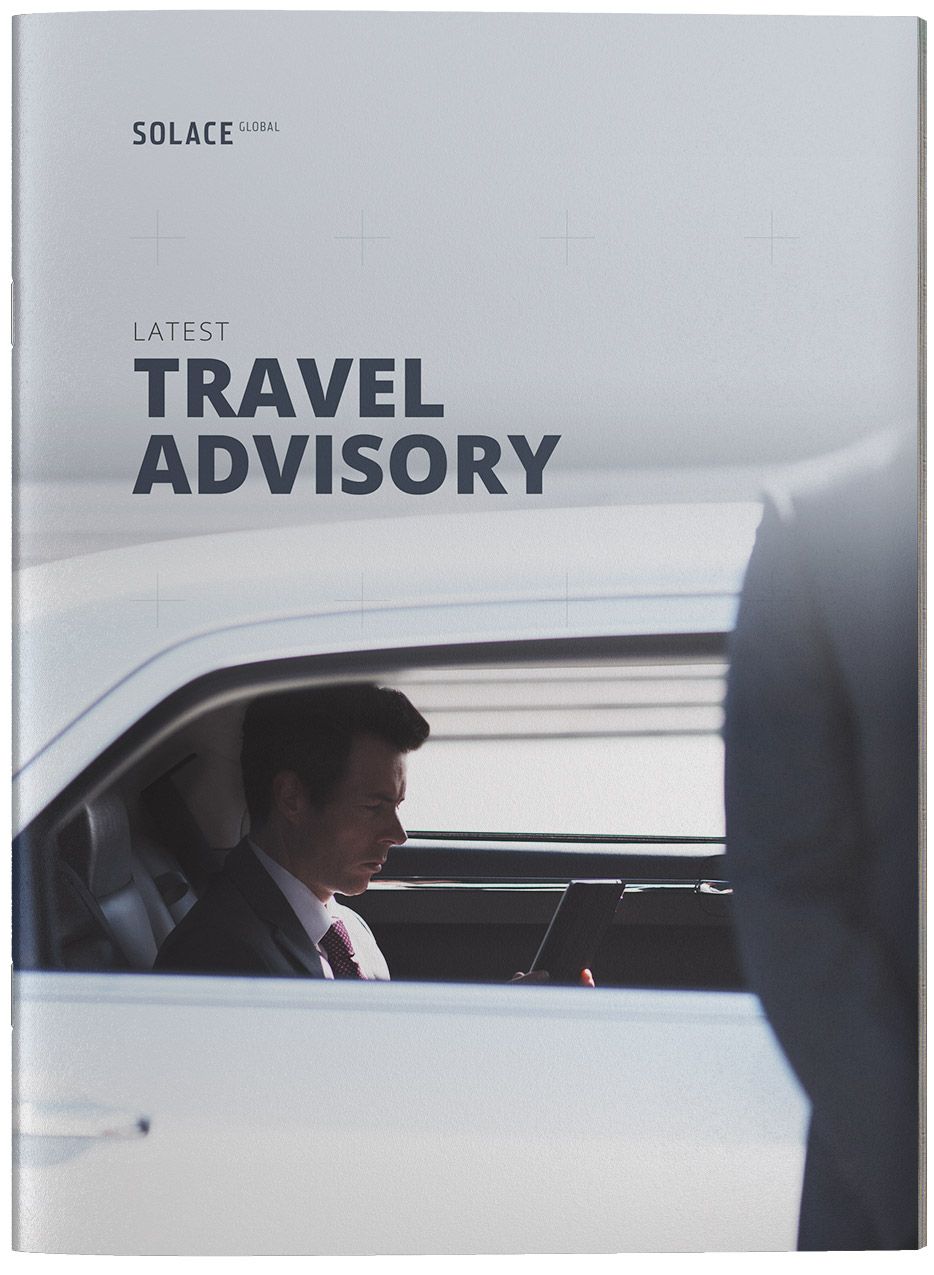 Canada will host the 44th summit of the Group of Seven (G7) nations on 08-09 June 2018. This marks the sixth occasion since 1981 that Canada has been the host nation. The summit will be held at the Fairmont Le Manoir Richelieu, in La Malbaie, in the Charlevoix region of Quebec. The G7 consists of Canada, France, Germany, Italy, Japan, United Kingdom, United States, and the European Union. All of the heads of state or government are due to attend, while the EU is represented by Council President Donald Tusk and Commission President Jean-Claude Juncker. Observers from other states and organisations are often invited to attend events. In 2017, this consisted of a handful of leaders from African nations and heads of international bodies including the International Monetary Fund and the World Bank. 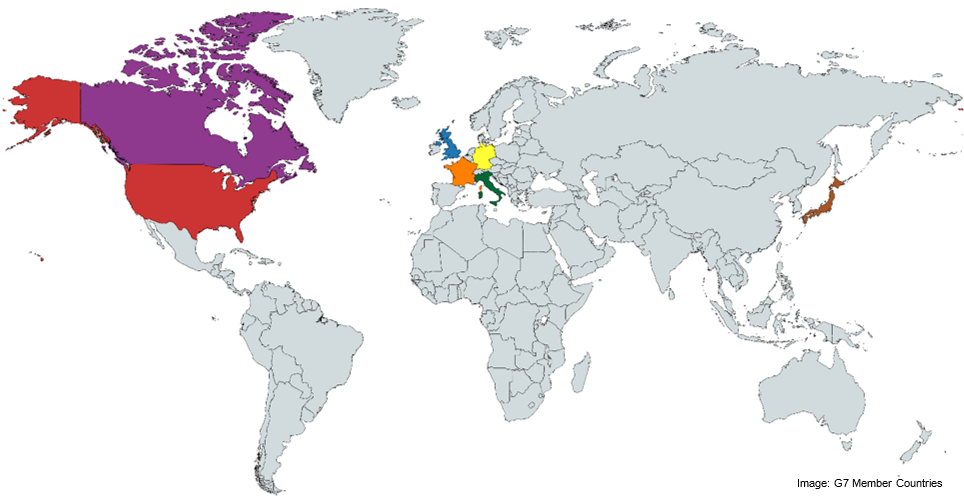 Travel Information: Canada will host the 44th summit of the Group of Seven (G7) nations on 08-09 June 2018. This marks the sixth occasion since 1981 that Canada has been the host nation. The summit will be held at the Fairmont Le Manoir Richelieu, in La Malbaie, in the Charlevoix region of Quebec. The G7 consists of Canada, France, Germany, Italy, Japan, United Kingdom, United States, and the European Union. All of the heads of state or government are due to attend, while the EU is represented by Council President Donald Tusk and Commission President Jean-Claude Juncker. Observers from other states and organisations are often invited to attend events. In 2017, this consisted of a handful of leaders from African nations and heads of international bodies including the International Monetary Fund and the World Bank. Canadian Prime Minister Justin Trudeau announced five key themes that Canada will advance as it holds the G7 presidency:

What to Expect from the Event

There are a number of issues to look out for as leaders from seven of the world’s richest nations meet in Canada. Firstly, as with most international summits since he became president, a focus will be on US President Donald Trump. It seems likely that President Macron and Prime Minister Trudeau particularly, will look to work together to soften President Trump’s unilateralism on trade, climate change, the environment, and his isolationist “America First” foreign policy. Indeed, Macron will arrive in Canada two days before the beginning of the summit for bilateral talks with his Canadian counterpart. The French and Canadian leaders have worked hard to cultivate a positive relationship with the populist leader of the United States. There will also be a focus on Prime Minister Theresa May who is preparing the UK for life after leaving the EU. It is thought that she may be looking to make progress on potential trade deals.

Foreign and security policy is likely to be at the forefront of discussions. The summit is being held amid concerns over Russia, the use of chemical weapons in Syria, the Iran nuclear deal, the crisis in Venezuela, terrorism, and warming relations on the Korean peninsula. However, without either China or Russia present at the summit, significant or lasting progress is unlikely to be made in these areas.

The summit itself is seen as domestically important to Prime Minister Trudeau. His poll numbers have dropped significantly since 2015 and at present, he only holds a single-digit lead over his closest rival. The Canadian Prime Minister will undoubtedly hope that a successful summit will provide personal prestige and a boost ahead of the 2019 federal elections.

The summit is not likely to provide the answer to all of the world’s pressing questions. The greatest hope that the G7 can have is that the Charlevoix meeting helps to present a more unified image for the group at a time when questions persist about the value of the group in the current global climate. The G7 will hope it can make progress on issues such as climate change where the world requires leadership. Though, with so many divisive issues on the agenda, there is also the potential for chaos at the summit and for more cracks to develop, creating an atmosphere of the ‘G6 versus one’ – United States.

International summits of this kind routinely involve extraordinary security measures due in part to the threat of an attack and the likelihood of protests. At the 2017 G20 Summit in Hamburg, Germany violent protests occurred, largely organised by far-left and anarchist groups. Nearly 200 people were arrested, 225 people were taken into temporary custody, and more than 2,000 crimes were reported by German police as tens of thousands of protesters descended on the city. Substantial unrest was also reported in Switzerland as the 2018 World Economic Forum was held in Davos.

The town of La Malbaie, where the 2018 G7 Summit will be held, is home to only around 8,000 people and will be on virtual lockdown before and during the event. Protesters will not be able to get near world leaders or their hotels. The hotel itself will be in a fenced-in “red zone” which will be tightly monitored by combined federal, provincial, and local security forces; security personnel will be posted every six metres along the fence. Outside of this, another fenced-in area or “green zone” will be established with nine entry points accessible for accredited businesses and residents. A “free speech” area has also been set up in the La Malbaie “white zone” outside of the “green zone”, raising fears from activists that those who leave and head to other areas of the “white zone” may face arbitrary arrest. A detention centre has also been set up north of La Malbaie to house arrested protesters.

Instead, most unrest looks set to occur in Quebec City which is around 140km south of the summit location. Protests are set to begin from 07 June in the city. On that day, a left-wing anti-G7 roundtable has organised a rally beginning at 1800hrs at Parc des Braves. The rally will proceed along Chemin Sainte-Foy before turning at Avenue Cartier, then to Grande Allee, Rue de la Chevrotiere, Boulevard Rene-Levesque, and finishing at the Centre des Congres de Quebec. On 08 June, the same group plan to meet at 0730hrs at in the parking lot of the Normandin on the corner of the François-De Laval and Sainte-Anne boulevards, in the Beauport borough. Other protests unrelated to this anti-G7 grouping are set to occur before and during events.

Quebec City can expect significant disruption and the potential for violence and criminal damage. Indeed, Canada has budgeted more than US$450 million for its year-long presidency of the G7, including renting the entire Manoir Richelieu from 27 May until 12 June. Defence lawyers and activists have reported fears that police will declare a protest illegal in order to assertively repress protesters. However, unlike the province of Ontario which hosted the 2010 summit, Quebec has not decided (at this time) to pass a special law giving authorities additional temporary powers to detain people around the security zone. Also, a security perimeter will not be implemented in Quebec City, with police believing that this could give activists a target to “put on a show”.

Those with planned itineraries to Quebec should consider delaying their travel until after the culmination of the summit. Travel conditions are likely to be arduous, and journeys are expected to take longer than normal.

Travellers are advised to maintain at least the usual level of situational awareness and employ appropriate levels of personal security at all times. Solace Global would not advise clients of the need to implement heightened physical security measures when visiting Canada. Travellers should consider employing a travel tracking system with an integrated intelligence feed, to allow employers to effectively execute duty of care, and permit the traveller to remain up to date with potential threats.

Can you quickly identify your travellers on the ground? The Solace Secure reporting feature provides travel a& secu… https://t.co/0Hwyjorpw4

Download the #Cyber Threats Report 2022. In this 10 page report, our #cybersecurity analysts detail the advancement… https://t.co/SiS2N2lvoo

On 16 November, 6 people were killed & dozens more wounded in a twin suicide bombing in #Kampala. Read our Alert P… https://t.co/jHwtEPMi2e

RT @TheChaletEdit: Back in May when the world was a little more uncertain we teamed up with @SolaceGlobal, to provide an advisory for clien…

On 13 October, an individual armed with a bow & arrows attacked & killed 5 people in the Norwegian town of Kongsbe… https://t.co/phXlwFPMm7

Your weekly digest of #Covid_19 updates from our intelligence analysts is now ready to view:… https://t.co/afxFIR4tIS

Your weekly digest of key COVID-19 updates from our intelligence analysts is now ready to view.… https://t.co/3tioUV5iHd