Cameroon is set to go to the polls on 07 October 2018 to elect a new president. President Paul Biya is widely expected to win the election despite allegations of vote rigging and intimidation. Travellers should expect unrest before and after the election date; there is also the potential for terror incidents during this period. 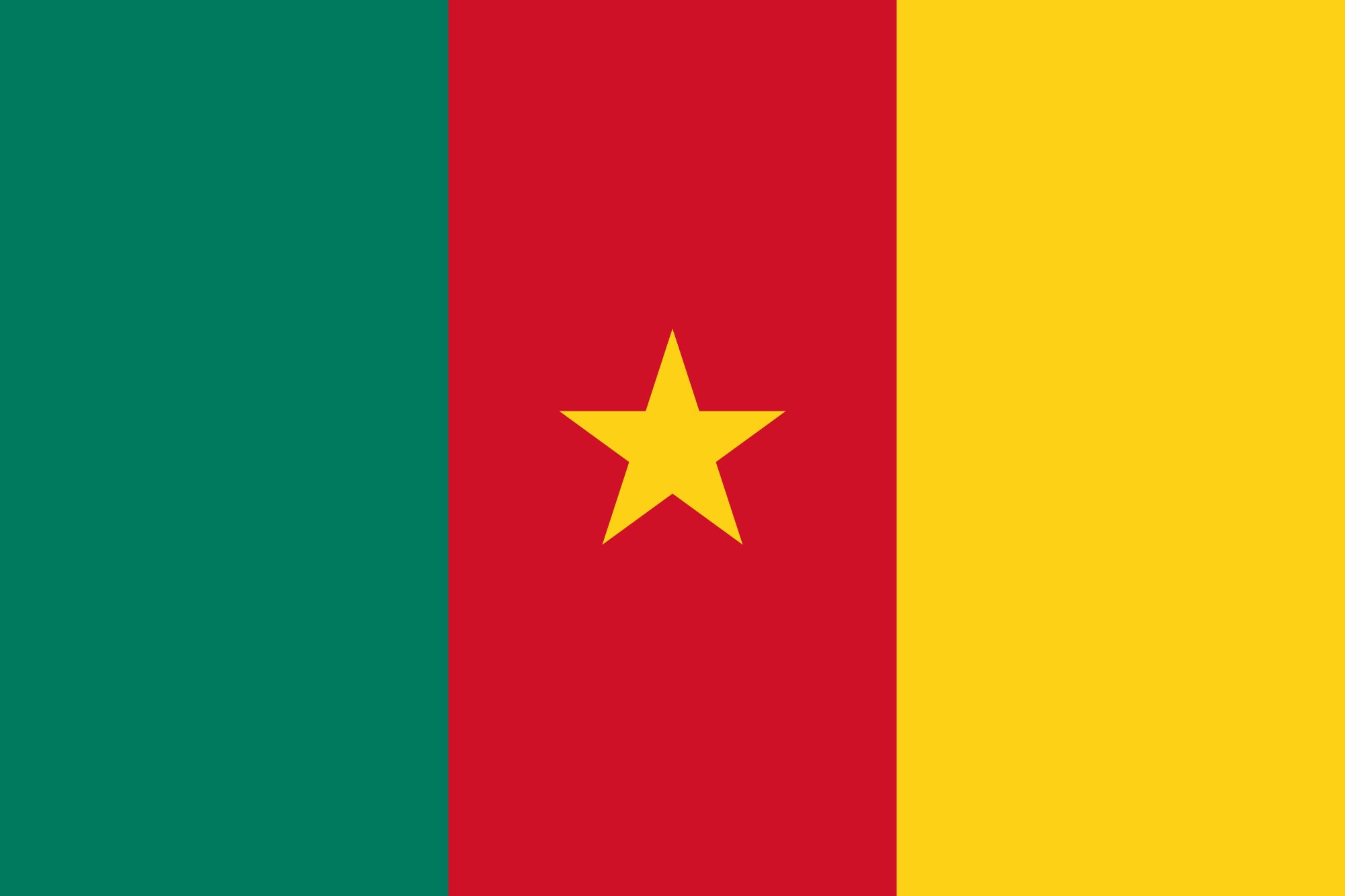 Political: Cameroon will go to the polls on 07 October 2018 to elect a new president. The incumbent, Paul Biya, is widely expected to win the election, after having already served as president for 35 years, first taking power in 1982. Under President Ahmadou Ahidjo’s rule from 1960-1982 the country was a one-party state, with the Cameroonian National Union being the sole legal party. However, after significant political unrest and a number of violent clashes, a constitutional amendment in 1990 established a multiparty system. The new multiparty system imposed a two-term limit on presidents. However, in 2008, Cameroon’s parliament adopted a constitutional bill, removing the two-term limit to allow President Paul Biya to extend his rule. The opposition Social Democratic Front (SDF) has already raised concerns regarding fraud and intimidation by security forces.

The election period is likely to lead to a spike in civil unrest and terrorism, particularly in the restless Anglophone regions, which are the Northwest and Southwest regions. In these regions, Anglophile separatists have been long waging insurgencies against government forces due to the lack of representation in Cameroon’s political system as well as the side-lining of the English-speaking minority’s language and customs. With the status-quo unlikely to change in the upcoming elections, an increase in attacks is likely.

Cameroons deep rooted divisions stem from the end of World War One when the former German colony was divided up between France and Great Britain. After the country’s independence, both regions were unified, but the government has been dominated by the larger French speaking regions. Cameroon’s current Anglophone crisis dates back to October 2016 when a group of  Anglophone lawyers went on strike in Cameroon to protest the appointment of French educated judges to their courts in a predominantly English-speaking region. Initial protests were met with hostility from the Cameroonian government with excessive force used by the security forces to disrupt and disband largely peaceful demonstrations. On 1 October 2017, the Anglophone separatist group, Southern Cameroonian Ambazonia Consortium United Front declared the independence of the Federal Republic of Ambazonia in Cameroon’s English speaking regions. The central government responded with a large crackdown on dissent, dozens were killed, and hundreds were injured in the subsequent security operations. Protests still occur and are frequently repressed with violence from security forces.

On 30 September 2018 government officials imposed a 48-hour curfew in Cameroon’s Anglophone Southwest and Northwest regions. Authorities in the restive regions had earlier imposed a dusk-to-dawn curfew indefinitely, but extended the measure to 48-hours. This restriction came after armed separatists’ announcement that they will be celebrating the independence of Anglophone regions on 1 October. Despite assurance from the government that the election will take place in the Northwest and Southwest regions, separatists have vowed that they will not allow a “foreign election” to take place.

As the Anglophone crisis has worsened over the past 12 months, so has the frequency in attacks by suspected anglophile separatists. At least 400 civilians and separatists are believed to have died in clashes with government forces, in addition to the hundreds arrested and nearly 200,000 civilians who have fled their homes. Meanwhile, rebels have reportedly killed at least 40 government personnel, and have abducted and tortured many local community leaders and government supporters. In relation to this, separatists have been accused of kidnapping 18 European tourists traveling in southwest Cameroon in April 2018, although all were released following military intervention. Such attacks are likely to increase in frequency and scale directly following the election as President Paul Biya is expected to take a hard-line stance against separatists.

The Islamist terror group, Boko Haram, is known to operate in Cameroon, specifically in the Far North Region where, between 2014 and 2017, terrorist attacks killed nearly 2,500 Cameroonians. Most attacks in Cameroon are conducted by the Abubakr Shekau-led faction of Boko Haram. Between 2013 and 2015, the group has been responsible for the kidnapping of 22 foreign nationals. On 30 September, President Paul Biya declared that Boko Haram has been defeated in the country. However, critics believe this is a ploy to win votes in the Far North Region.

Those in Cameroon during the election period can expect high levels of security throughout the country. For instance, polling stations are likely to have enhanced security measures on election day due to the likelihood of clashes involving militants or different ethnic groups.

11 September 2018 – Four people were reportedly killed and many more injured following clashes between separatist militants and security forces across Buea.

4 April 2018 – A group of 12 European tourists were kidnapped in the Nguti area of the South West region. The seven Swiss and five Italian travellers were later freed during a military operation

The government claims that the election will be fair and transparent, although critics have argued that it is merely validating Paul Biya’s extended tenure in power. According to the government, more than 100 countries and institutions have applied to send election observers, but it is not known which have been accredited. Election monitors from the European Union are not due to observe the 2018 election as it has with all polls since the country adopted a multi-party system in 1990.

Voter apathy is widespread in Cameroon and not just in Anglophile regions, many ordinary Cameroonians believe that the system is rigged, and that voting will make little difference to their everyday lives. Only seven million out of 13 million voters have actually registered to cast their ballot.

Travellers to Cameroon are advised of the number of potential threats that they may face even in more secure areas such as the capital. It is important that comprehensive journey management planning is undertaken for all travel to the country. Travellers should maintain a high level of situational awareness and a heightened level of personal security. Travel should not be undertaken alone and should be avoided, if possible, during dark hours. Travel outside of the capital should only be conducted using heightened security measures, while travel to the north is advised only with a military escort.

As already noted, protests in Cameroon are likely to turn violent. All large gatherings should be avoided even if they initially seem peaceful. Demonstrations are most like to occur outside political and governmental buildings in Yaoundé; actions which the opposition view as favouring the government may lead to spontaneous protests. Travellers should follow local media and use the Solace Secure app to stay up to date with security-related events including political protests.

Enhanced security measures are expected during the election period, including the greater use of checkpoints. It is important that travellers keep vehicle and identification documents with them at all times. All checkpoints should be approached slowly and following the instructions of the local authorities. Due to the endemic nature of corruption in Cameroon, personnel at checkpoints may ask for a bribe. If in doubt of the genuine nature of the officials, ask for identification.

For most travel to Cameroon, including the capital Yaoundé, Solace Global advises clients to employ the minimum of an airport meet and greet, a security-trained driver for all travel, and a close protection officer. It may also be advised that this level of security is increased for other areas of the country or for specific client profiles. Travellers are also advised to use travel-tracking technology with an intelligence feed for all travel in Cameroon. This should enable a traveller to be alerted of any security updates within their vicinity and to update others of their movements in case of an emergency.

To view our latest #COVID19 #Outbreak Report follow the link below. These reports are currently being produced dail… https://t.co/PIJT7VG1UC