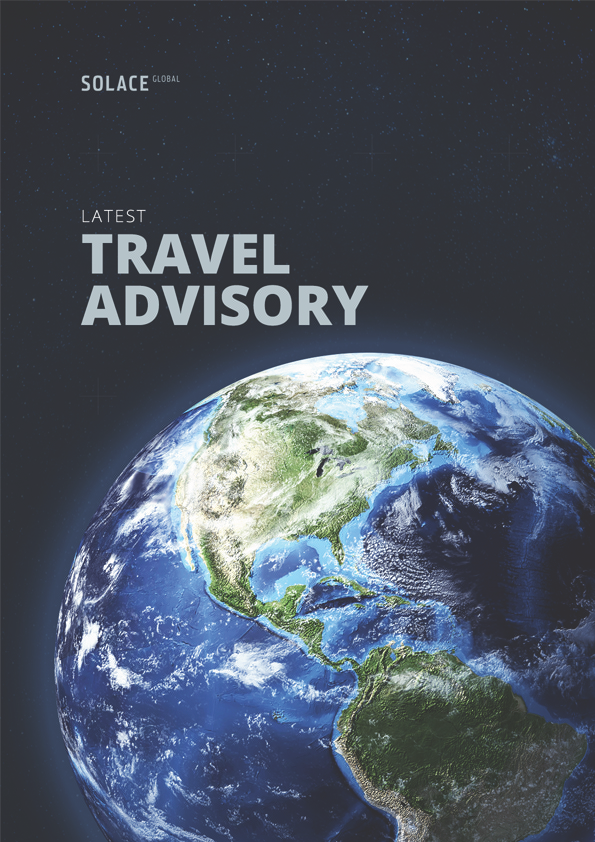 On 7 October, Brazil is going to hold a general election for a multitude of offices. The election has been highly contested and unpredictable and has seen moments of violence including the stabbing of a presidential candidate. The right-wing candidate Jair Bolsonaro is leading the presidential election polls, with the left-wing candidate Fernando Haddad, replacing ex-president Lula, coming in second. 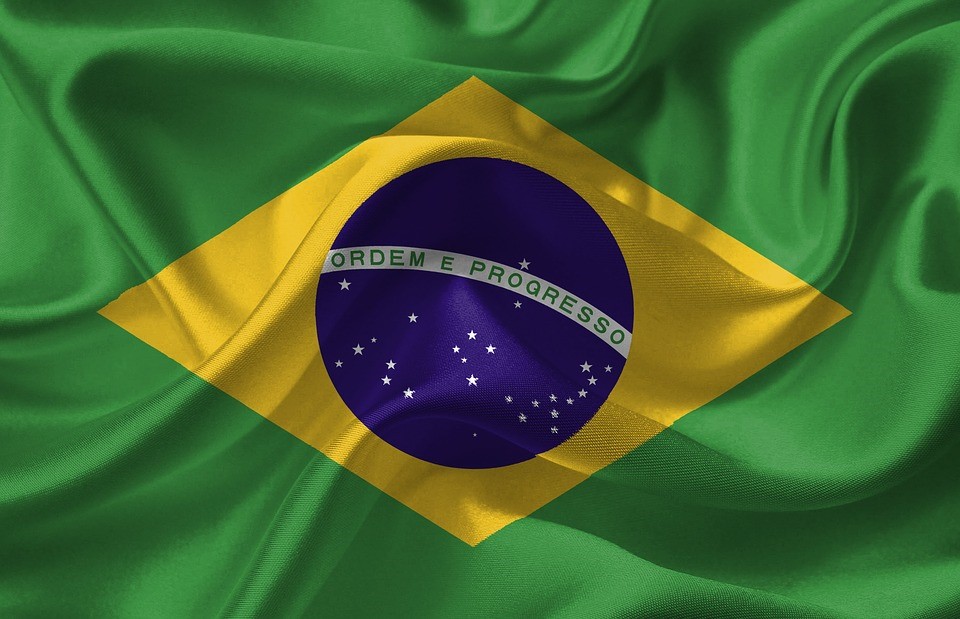 Political: Following the worst recession on record and a massive nationwide corruption scandal, Brazilians are set to hold a general election on 7 October 2018. The 2018 Brazilian general election has become increasingly contested with a militaristic right-wing candidate taking a strong lead. The polling indicates a collapse of centrist policies in favour of far-right and far-left candidates. Numerous political rallies have been held and sometimes deteriorated into violence throughout campaigning.

The lead up to the election has been overshadowed by the dramatic events concerning the former president Luiz Inacio Lula Da Silva, who was until the 12 September leading the polls for re-election as president, despite being convicted of a corruption charge and sentenced to 12 years in prison. On the 12 September, Mr Fernando Haddad replaced the imprisoned Lula as the PT (Workers’ Party) candidate, the PT are hoping that despite the late change, many that supported Lula will transfer their votes to Haddad. The candidate currently leading the polls is Mr Jair Bolsonaro, a man who has been called the ‘Donald Trump of Brazil,’ and whose inflammatory remarks have caused outrage in many parts of the country. Bolsonaro’s call for a stronger role of the military in the governance of Brazil has been met with support by those who are affected the most by crime. On 6 September, Bolsonaro was nearly killed in an assassination attempt in the middle of a rally. This incident has served to increase his popularity and reinforce his rhetoric to crack down on crime.

Over 147 million registered voters will vote for their next President, Vice President, Brazilian Federal Senate, and the Brazilian Chamber of Deputies on 7 October 2018. Most of the media and political attention has turned to the presidential race. Politically, the last few years for Brazil have been unstable and tarnished by corruption scandals. Most Brazilians are not happy with the government or how it has handled economic affairs for the last few years. Just 13 per cent were satisfied with their democracy last year, the lowest share in Latin America. A recession in 2014 caused by misguided economic policies and poor fiscal management left over 13 million people unemployed and cut GDP per person by 10 per cent. The current outlook for the Brazilian economy is bleak; the real has fallen to a record low against the US dollar, in part because the two candidates most likely to win the presidency are least equipped to govern. Both the front-runners represent polarising forces. They therefore will have a hard time getting support for reforms.

Corruption lies at the heart of much of the discontent across the political spectrum and has contributed to the collapse of centrist parties. Operation Carwash was a continental wide corruption investigation which is still ongoing and resulted in the impeachment of President Dilma Rousseff two years ago. The scale and depth of the entrenched corruption has deeply affected the Brazilian psyche. The incumbent President Temer continues to face accusations of corruption and has twice narrowly escaped trial in a vote by parliament.

The polls currently indicate that the far-right candidate Jair Bolsonaro who represents the Party for Socialism and Liberation (PSL) is increasing his lead over the other candidates, and as of 1 October is expected to win about 28 per cent of the vote on 7 October. However, what remains unclear is who he is likely to face in the subsequent run-off vote on the 28 October. Despite only officially gaining the party candidacy from the imprisoned ex-president Lula on the 11 September, Fernando Haddad has rapidly increased his popularity despite many polls indicating that supporters do not know a great deal about him. The PT (Workers’ Party) is banking on Lula’s popularity being translated into votes for his replacement, Mr Haddad, if the vote does go down to a run-off vote. Bolsonaro’s unpopularity among female voters presents a serious challenge to his presidential aspirations. On 29 September, thousands of women conducted marches across Brazil in protest of Bolsonaro’s candidacy. Women represent 52 per cent of Brazil’s 147 million-strong electorate and polls show 49 per cent oppose his candidacy compared with just 37 per cent of men.

The PT candidate Fernando Haddad has surged into second place with 22 per cent of the voters surveyed backing him. The PDT (Democratic Labour Party) candidate Gomes’ support has plateaued at around 13 per cent. With no candidate projected to win a majority in the first ballot, the two best-performing hopefuls will meet in a run-off. Haddad is statistically tied with Ciro Gomes, when it comes to a run-off vote against Bolsonaro. However, in reality, many voters for Gomes or Haddad would likely vote for the other in a run-off vote against Bolsonaro.

Like many populists, Bolsonaro has exploited the anger and resentment that the electorate has had with the current political class. Before the ‘car wash’ scandal broke, Jair Bolsonaro was a congressman from Rio de Janeiro who was best known for his highly offensive rhetoric. To Brazilians desperate to rid themselves of murderous drug dealers and corrupt politicians, Mr Bolsonaro presents himself as a no-nonsense sheriff. He offers simple solutions to complicated problems, often cutting through the political dialogue with simple and often offensive remarks. For example, one of his proposed solutions to the crime problem is to employ the army to kill criminals on sight. Bolsonaro is a supporter of a closer bond between the military and politics, and he has openly praised the military regime which ruled between 1964 and 1985. He favours the privatisation of all Brazil’s state-owned companies. Mr Bolsonaro also proposes to slash the number of ministries from 29 to 15, and to put generals in charge of some of them. In a poll conducted in late 2017, 62 per cent of respondents identified corruption as Brazil’s biggest problem. It is the biggest cause for the rise of Mr Bolsonaro, who also portrays himself as a scourge of the political establishment, even though he has been a congressman for 28 years and belonged to nine different parties. Following his stabbing at a rally on the 6 September, he has seen his popularity further increase. Bolsonaro has since been released from hospital but is unlikely to resume campaigning before the first stage of the vote. He is likely to enter the run-off vote.

Replacing the highly popular and imprisoned Luiz Inácio Lula da Silva, Mr Haddad has the best chance of meeting Mr Bolsonaro in the run-off vote. As a former Mayor of Sao Paulo from 2013 to 2017, Haddad has been attempting to cement his name and polices in a very short amount of time. It is widely expected that he will ideologically follow in the footstep of Lula. Many opposition candidates see Haddad’s participation in the race as a travesty, arguing that he is representing a convicted criminal. The right leaning candidates Geraldo Alckmin and Alvaro Dias openly attacked Haddad during a debate stating that he is representing an ‘agent of chaos’. Both Alckmin and Dias are polling at around 10 percent or less. Haddad is pushing plans based around two core objectives, jobs and education, wishing to move away from President Temer’s austerity-based policies. He stresses the need for massive tax reforms for Brazil which has the most complex in the world.

Travellers are advised to expect localised disruption in major urban areas, especially state capitals and regional administrative centres. Protests and rallies are likely in the lead up to and immediately after election day in urban areas. Travellers should monitor local media and remain aware of their surroundings in order to avoid such events.

The lead up to the election has been marred by violence directed against candidates and between political groups. Travellers are highly unlikely to be directly targeted; however, should a journey require close contact with a political candidate or campaign, additional personal security measures may be necessary.

Solace Global would advise clients to employ enhanced security measures when visiting Brazil– airport meet and greet and a security driver for the length of a visit should be minimum security precaution. Travellers may also wish to employ executive protection depending on location and personal risk profile of the traveller. All travel should be undertaken with the support of travel-tracking and intelligence software in order to maintain traveller situational awareness and permit employers to conduct effective duty of care.