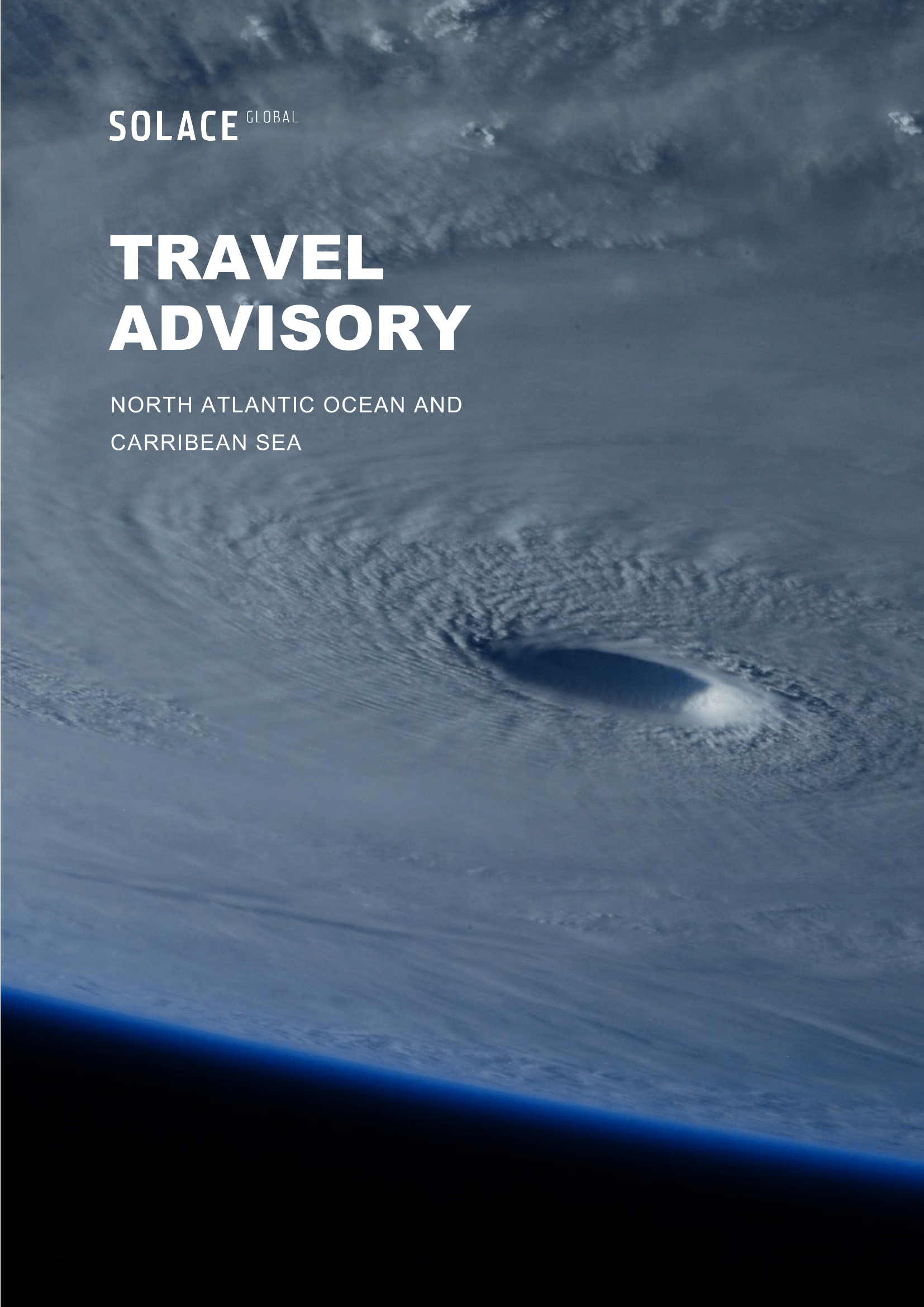 While there have been three named storms thus far this season, August is set the mark the beginning of the height of the Hurricane Season; typically, the period between August and October sees the most devastating hurricanes. 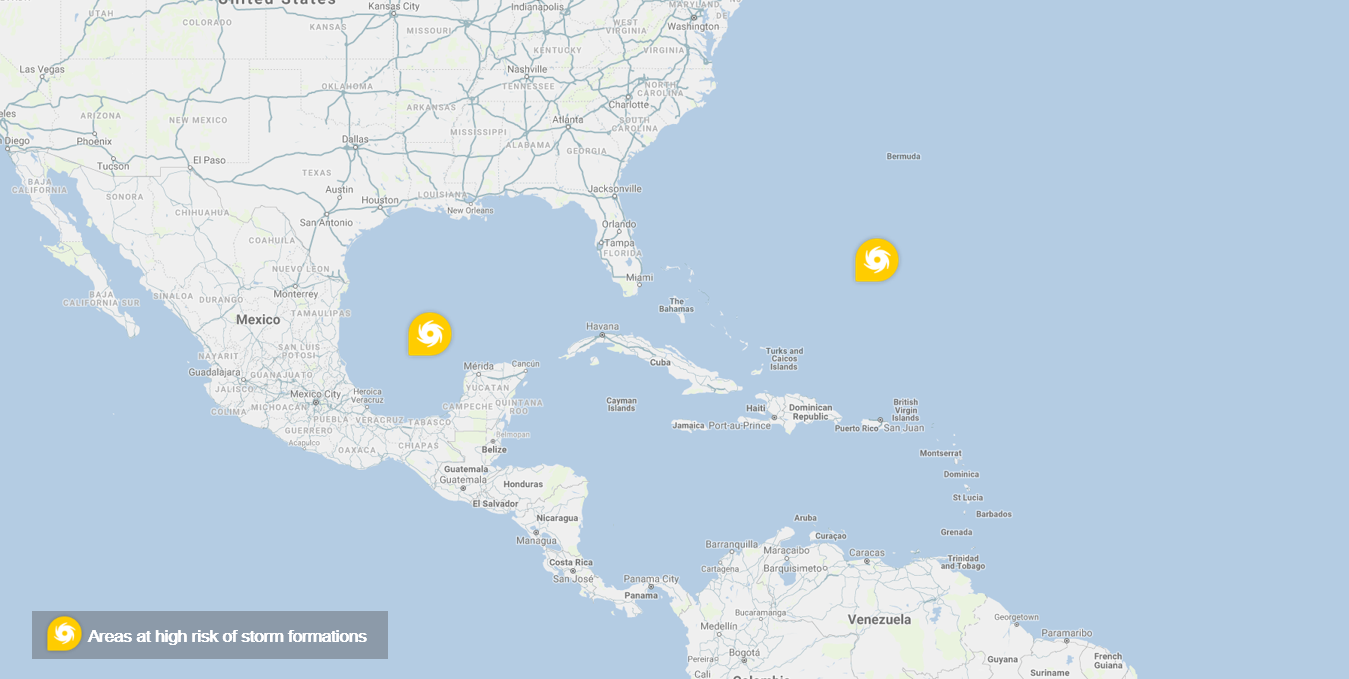 This year’s hurricane season officially began on 1 June, and runs through until 1 November, despite Subtropical Storm Andrea forming to the south of Bermuda on 17 May out of season. In July, the first hurricane of the 2019 season, Hurricane Barry, made landfall in the US. The storm came relatively early in the season, but despite being only a category 1 hurricane, it still managed to cause up to 900 million USD in damage; highlighting the threat that tropical storms and hurricanes pose.

August marks the beginning of the height of the hurricane season; typically, the period between August and October contains the most devastating hurricanes that occur with some frequency. This is when category 4 and 5 storms threaten the Caribbean islands and the coasts of the United States and Mexico. On average, the Hurricane season contains around twelve tropical storms and six hurricanes, including three major hurricanes. Despite this, category 5 storms are rare, with none recorded between 2007 and 2016. Hurricanes tend to originate in the Atlantic basin, which includes the Atlantic Ocean, Caribbean Sea and the Gulf of Mexico, but are also common in the eastern North Pacific Ocean, and though less frequently, in the central North Pacific Ocean.

How is a Hurricane Formed?

Hurricanes begin as tropical disturbances in warm ocean waters with surface temperatures of at least 26.5 degrees Celsius. These systems of low-pressure are fed by energy from the warm seas. If a storm reaches wind speeds of 61km/h, it becomes known as a tropical depression. A tropical depression becomes a tropical storm when its sustained wind speeds reach 63km/h and then becomes a named storm (the first of the season will be storm Alberto). When a storm possesses wind speeds reaching 119km/h, it becomes a hurricane. Hurricanes generate energy on an enormous scale, drawing power from warm, moist ocean air and releasing it through thunderstorms. Hurricanes spin around a low-energy centre or the ‘eye of the storm’. This area is usually 32 to 48km wide and is home to significantly calmer conditions. The eye of a hurricane is surrounded by an ‘eye wall’: the area with the strongest winds and rain.

This year, weather patterns show that the Gulf of Mexico and the western Atlantic Ocean, close to the US East Coast, are subject to the highest level of risk. The Gulf has already seen one hurricane, the aforementioned Hurricane Barry, while the western Atlantic has seen two tropical storms. This will put the eastern and southern seaboards of the United States in the line of fire, as well as potentially targeting the northern Caribbean islands.

While 2018 saw two large storms, hurricanes Florence and Michael, 2017 was classified among the worst in recent record based purely on storm intensity, with two category 4 hurricanes and two category 5 storms. Meteorological assessment of 2019 has been fairly inconsistent, the Tropical Storm Risk (TSR) stated in December 2018 an expectation of a slightly below-average season, while North Carolina State University said that it would be a slightly above-average season. On average, the average number of storms predicted this season is likely to be between 12-15 named storms, including between six and seven hurricanes, three of which will be major (i.e. category 3+).

A hurricane causes damage in several ways, with varying levels of destruction dependent on the strength of the storm and infrastructure vulnerabilities on and offshore. Firstly, hurricanes possess high wind speeds, which, as seen in the table above, can reach speeds of above 250kph (or 155mph). Secondly, the storm surge is an acute risk as the storm makes landfall; often overwhelming sea defences. Approximately 90 percent of all hurricane-related deaths are caused by storm surges. Third, is the heavy rainfall, which often combines with the storm surge, to increase the impact from the flooding.

Even after Hurricanes leave, several risks remain. The damage to infrastructure and likely power outages and flooding can hamper recovery operations, while water-borne diseases have the potential to spread quickly.

With forward planning, travellers can avoid hurricanes; the storms are normally slow-moving and, while flights may be pricey, vacating areas, or suspending trips are the most effective ways to avoid being caught in storms. Meteorologists have become adept at tracking the growing storms and it is normally well publicised, with evacuations and state-wide warnings for where and when a storm will hit.

Travellers should avoid travelling if it looks like their destination will be impacted by a storm. The damage that these storms can cause should not be underestimated; travel should be reconsidered if the business trip is critical that it cannot be delayed. There remains a high risk of entire cities or islands being isolated and leaving people stranded. The best examples of this are Hurricane Irma, which almost completely destroyed Saint-Maarten’s Princess Juliana Airport. It took a month for the airport to reopen, even then it was using temporary facilities. A section the airport remains closed at the time of writing.

Businesses and/or locals can find avoiding hurricanes more challenging. It can be hard to move entire business operations and, combined with the disruption, it can result in companies experiencing significant financial losses in the space of only a few days, before even considering the cost of the damage and prolonged impact of the storm. While many of the costs can be covered by insurance, the result can mean year-round increased premiums for businesses across the Caribbean.

Setting up a business continuity plan

During an emergency, having a plan in place can make your company less vulnerable and can provide a plan of action to return to normal operation as well as save in recovery costs. This means that by following structured and robust business continuity plans, organisations can also maintain essential operational functions during and after an emergency has occurred.

What should a business continuity plan include?

It is important to note that, emergency planning is a continuous process.

Businesses should also look to set up continuity plans: being closed, or without access to water, electricity or internet for weeks or months are challenges that need to be mitigated against. Additionally, flooding and damage to office premises and to workers homes may result in businesses remaining out of operation, or down on capacity, for a prolonged period, with the effects of the damage from a large storm lingering for as long as two or three years. For example, as Hurricane Irma approached Florida in 2017, a state of emergency was declared in all 67 counties of the State, require businesses to completely close. Then, in its aftermath, crops were devastated, and businesses were forced to ask for an initial 27 billion USD in hurricane assistance.

As such, setting up an emergency plan that makes use of a company’s existing resources, such as assets and people, to minimise or even prevent the impact of the emergency is very important. Plans should also provide a solid structure for management, co-ordination and control. It is also vital that businesses learn lessons from past incidents and keep contingency plans up to date to ensure they fulfil their duty of care.

One of the examples where an industry has learnt lessons from the past is on offshore platforms in the Gulf of Mexico. In 1985, the rapidly strengthening Hurricane Juan stranded dozens of energy workers on an offshore platform as well as the rescue helicopter sent to evacuate them. The crew were stuck for nine days while the hurricane overturned rigs and boats off the coast of Louisiana, killing nine. The oil and gas industry learned lessons from the experience.

This year, the heightened threat to the Gulf of Mexico poses a severe risk to oil platforms in the region. Indeed, even when evacuated, the infrastructure itself can be at risk. At her peak, Hurricane Katarina passed over Shell’s Mars platform, the storm knocked a 1,000-ton drilling rig off the top of the 36,500-ton, 1 billion USD platform, into the centre of the structure. The repairs to Mars required eight months and the industry’s output was reported down one-third in that period.

Shell operates the most rigs in the deep-water area of the Gulf, the company now ensures the safety of their people first, then the safety of equipment and rigs and the maximisation of oil and gas production third. The company also has a team of about 80 people dedicated to hurricane and storm planning for the company’s Gulf operations. The company looks to evacuate non-essential staff whilst maintaining critical operations during severe weather events. Platforms are well stocked should staff have to remain onboard. They also work with contract companies to have seven helicopters on standby. As such, both workers and the environment are designed to be protected during the storm.

Hurricanes should not be taken lightly; the storm systems can cost billions of dollars in damage and result in entire cities being without power and underwater. This can leave both travellers and locals without accommodation, stranded and in dangerous situations. As such, following our advice below and adhering to instructions from the authorities will help protect against finding yourself trapped as a storm approaches, or being left cut off after the catastrophic event.

In the majority of cases, meteorologists are fairly accurate in forecasting the path of hurricanes or tropical storms. It is highly likely that you will be forewarned and have time to prepare. As such, travellers are advised to pay close attention to all weather updates and, if it appears that a storm will impact your destination, simply do not travel and postpone your trip instead of risking becoming stranded. If in-country when a hurricane approaches, it is advisable that you look to vacate the area as soon as possible.

If you find yourself, unfortunately, caught in a storm, or have decided not to evacuate, there are a number of precautions you can take and measures you should employ to ensure that you remain safe and give you the best chance of riding out the storm safely.

For more information, and to follow the path of any storm, see the United States’ National Hurricane Centre website at http://www.nhc.noaa.gov/. Additionally, www.windy.com is a good website and app to help track storm systems.

In 2 weeks’ time, the #American people will go to the polls to elect, or re-elect, their #president for the next 4… https://t.co/XBPDjAdd3C

#TurkishNavy has announced that a research ship at the centre of the #energy rights dispute with #Greece is set to… https://t.co/Mc0sZIu3MM

With yearly increases in the risk #travellers face, our MD of Risk dives into why organisations need an effective… https://t.co/oIUvRMAK3R

In the past week, the growing number of new cases in Europe has seen a number of countries look to reimplement rest… https://t.co/KNmO6YUwoi

On 25 September, two people were injured in a knife #attack in the French capital, #Paris. To find out more read… https://t.co/O3zdlkqavO

Having successfully brought the first surge of #COVID19 infections to manageable levels, several #EuropeanNations a… https://t.co/18NYtFS3bE

Happy World Maritime Day 2020. Since the beginning, Solace Global Maritime has grown and adapted to the ongoing ris… https://t.co/5XUTRJMiw0

Want to learn more about how important a travel risk management strategy is, pre and post #COVID? Check out this we… https://t.co/CALjtkYAYn