In 2010 Solace Global started out as Solace Global Maritime – providing armed security on vessels transiting the High Risk Piracy Area’s. Throughout the years the company has diversified its tasks ranging from anti-narcotics vessel searches in Colombia to bespoke Oil and Gas projects Globally. Solace Global Maritime supports a variety of tasks on a daily basis and with our in-house team of analysts we are able to report on events that could create change, threat or risk to our clients.

Here we look at piracy and maritime insecurities in the 21st Century.

Maritime security is affected by a myriad of causes worldwide, including territorial disputes, conflict, environmental degradation and severe crime.

Despite years of national and international counter proliferation efforts, modern piracy remains a key issue affecting global maritime trade, as well as the oil & gas industry, and is present in most continents.

Often concentrated around key transit and shipping routes and chokepoints, piracy and robbery at sea play a central role in fuelling instability and violence both on the water and on land.

Freedom and safety of navigation remain two of the core priorities for the international community, as evidenced by the effect of any threat of blockading one of the world’s straits or channels.

This report aims at providing an overview of the main piracy hotspots, its root causes, impact and any efforts in combatting it. 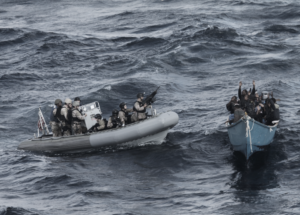 CONFLICT: Prolonged warfare and internal conflict deteriorate governance, rule of law and state control, as well as day to day business functions. Maritime instability can also be advantageous for its tactical value.

RESOURCES: Critical resources such as oil & gas guarantee immediate profit in the black market. Also, the lack or depletion of key resources such as fishing stock, which are necessary for economic and societal sustainability, can also fuel illegality.

GEOGRAPHY: A complex and fragmented territorial composition, such as river deltas and vast archipelagos allow an easy escape for criminal elements and require high levels of manpower to be effectively policed by the authorities.

HORN OF AFRICA: THE FALL OF PIRACY AND RISE OF WAR 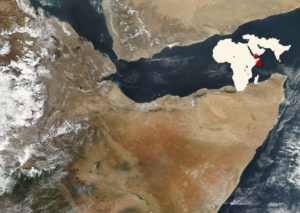 The Indian Ocean is considered the birthplace of modern piracy and armed robbery at sea. The proliferation of piracy led to the establishment of “High Risk Area” (HRA): a stretch of ocean off the coast of Somalia and Yemen that suffers from a level of piracy and it is considered critically dangerous for shipping and transit. The monitoring of the HRA is a concerted effort by maritime authorities and the global shipping and oil industries to minimise the threat of piracy: it requires vessels to adopt additional security measures (BMP5), including the use of armed guards, and to notify their passage to maritime authorities. Since 2008, the UN anti-piracy mandate has sanctioned international naval protection initiatives, as well as capacity building efforts on land.

The causes of Somali piracy are fundamentally rooted in the country’s crisis, its lack of rule of law and high level of poverty concentrated in the coastal communities. The collapse of the regime in 1991 led to a loss of control and effective policing of the country’s waters. This allowed activities like smuggling, illegal fishing and piracy to foster and further erode the rule of law in peripheral areas.

As the illegal fishing depleted the Somali fish stocks, local fishermen were increasingly attracted by the profitability of piracy. The influx of money generated by hijacking, kidnappings and robberies at sea greatly destabilised the economy and increased the cost of living, pushing even more fishing communities to embrace illegality. In this sense, while the international maritime efforts have succeeded in drastically reducing the incident rates, they only represent a short-term solution, ultimately ineffective without addressing the core issues on land.

The war in Yemen also represents a source of maritime instability in the region. This is, however, mostly unrelated to piracy and rather motivated by strategic considerations in the ongoing civil war. The Strait of Bab-el-Mandeb, connecting the Red Sea to the Gulf of Aden, causes vessels to transit in the vicinity of Houthi-controlled coastal territories. While Houthi forces have refrained from deliberately threaten the shipping lines, they have conducted maritime attacks against vessels belonging to the Saudi-led coalition, the opposing faction in the civil war.

GULF OF GUINEA: THE WORLD’S MOST DANGEROUS WATERS 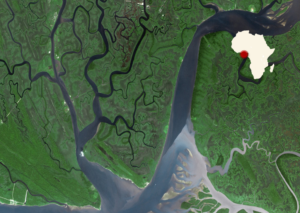 While the Somali coast has historically represented the world’s piracy hotspot, in recent years it has been overshadowed by the increasingly dangerous pirate activities in the Gulf of Guinea. The oil and gas-rich region of West Africa lacks the necessary refineries to process its production and the continuous exports of crude oil have represented a profitable market for robberies at anchorage points and illegality on the high seas.

Moreover, the basic economic inequalities within these societies have led to only a small elite benefiting from the oil & gas exploitation, creating a disenfranchised and exploited coastal population that turned to “Petro-Piracy”

The extreme fluctuations in market prices have, however, caused the West African pirates to transition towards the more profitable kidnap for ransom operations. The size of the Gulf, with its 6,000km long coastline, represent an area that is extremely hard to police, while the lack of an effective and coordinated effort by regional stakeholders has allowed piracy and armed robbery at sea to grow exponentially.

Moreover, the geography of areas such as the Niger Delta allows for a quick escape through its multitude of inlets, rivers and mangroves, where most of the illegal refineries and black-market centres are based.

While the condition of crisis and conflict in East Africa has allowed for integrated efforts by international navies and a subsequent reduction of piracy, the stronger governance and rule of law in countries like Nigeria, Ghana and Equatorial Guinea has led to the resistance of most foreign maritime protection initiatives, which are perceived as a violation of national sovereignty.

South East Asia has been the theatre of the oldest forms of piracy. Dating back to the 19th century, the Straits of Malacca and Singapore, as well as the vast archipelagos, have represented perfect hunting grounds for pirates. Now, the 800km long Straits, hosts 1/3 of the maritime commerce worldwide and 1/4 of the global oil trade, consisting in mostly imports from China and Japan. While most of the attacks in recent years are related to occasional crime, such as looting and robberies, the more complex efforts in the past have caused multimillion losses in oil revenue, consisting in large-scale military-like operations. International naval efforts have been successful in reducing the number of incidents, but, due to the vastness of the South East Asian waters, the issue persists.

In 2016, an Asian contingent of the so-called Islamic State established a territorial enclave in the southern Filipino city of Mindanao and caused an entirely new type of piracy to spread in the Borneo area. The vicinity of the archipelagos allowed a network of active and sleeping cells to develop and unify under the leadership of Aby Sayyaf’s Isnilon Hapilon.

With the small island formations facilitating movement and populated by impoverished fishermen, the IS introduced the concept of kidnap for ransom. This method was commonly used in the Middle East caliphate to finance ISIL activities and, due to the large influx of foreign fighters and Asian combatants, the knowledge was applied to the regional context of South East Asia. The Islamic State would encourage local fishermen to kidnap vessels and tourists in exchange for a small section of the profit, causing incidents to skyrocket in the years between 2016 and 2017.

To effectively police the Borneo area, being removed from the main shipping routes going to the South China Sea, represented an unjustifiable cost to regional government until the criminality developed into a complex and lethal operation. It was, however, an effort conducted mainly on land and that resulted in the notorious Marawi siege against the Asian caliphate. While IS piracy has been effectively reduced, occasional incidents continue to take place. 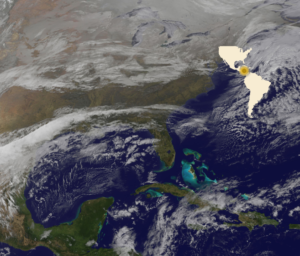 Central America and the Caribbean also represent another of the world’s piracy hotspots, characterised by widespread illegality on land that spills over to the seas, as well as the Venezuelan crisis, which plays a key role in the deteriorating security environment.

The region’s piracy has revolved around a different type of criminality, connected to the illegal activities on land and, in particular, the northbound smuggling of drugs and weapons. The endemic issues of organised crime, poor state control and widespread poverty, as well as the proximity of the islands has allowed the establishment of a Caribbean route to Florida. While the American war on drugs has been successful in demolishing sea-based narcotrafficking routes, it also fuelled violence and crime, causing states like Honduras and Guatemala to reach levels of violence comparable to active warzones.

As seen in the African continent, the high levels of poverty and unemployment in the region play a direct role in encouraging more desperate measures to obtain profit, such as armed robbery.

More recently, however, the political instability, unrest and economic crisis raging throughout Venezuela has become the centre of maritime violence in the region. As the economy collapses, the criminality in the Caribbean seas allows Venezuelan citizens to smuggle goods, food and currency in the country, devastated by inflation levels that risk causing mass starvation amongst the poorest parts of the population.

Desperate coastal communities, suffering from a disastrous attempt by former president Hugo Chavez to nationalise the fishing industry, have increasingly targeted other fishermen, oil rigs and yachts anchored in proximity to Venezuelan waters.

The growing availability of firearms, the spreading lawlessness and the presence of critical resources such as oil & gas is likely to continue to elevate the Venezuelan threat level, unless serious international action is taken.