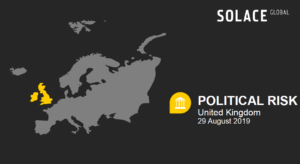 On 28 August 2019, the Queen of the United Kingdom approved Boris Johnson’s request for a suspension, or a prorogation, of UK parliament. The prorogue will be for 23 working days and is set to begin between 9-12 September until 14 October, four days before EU leaders are due to meet on 17 October for a final time before the Brexit date of 31 October.

Prorogation, unlike a recess which is voted on by parliament, is a decision that excludes the Houses. Parliament usually goes on recess for three weeks between September and October for the party conference season; however, there had been talk to cancel the break this year due to the urgency surrounding the Brexit deadline.

Johnson has stated that a Queen’s speech is due to take place following the suspension to outline his “very exciting agenda” in the latest update on Brexit.

However, many MPs, both pro- and anti-Brexit ones, have voiced their concern at the move which has been termed as a “constitutional outrage” and “damaging to democracy”.


The decision to shutdown parliament at this time is highly controversial as opponents argue that it will stop MPs being able to play their democratic part in the Brexit process, by constricting their ability to stop a so-called ‘no-deal’ Brexit; where Britain leaves the EU without a formal deal – with the majority of trade reverting to WTO rules.

Those in favour of Britain remaining a member of the EU, and even those in favour of leaving with or without a deal, have been critical. The European Parliament co-ordinator on Brexit, Guy Verhofstadt has stated “‘Taking back control’ has never looked so sinister”. Regardless, Boris Johnson has set out exactly what he promised to do when elected as leader of the Conservative Party; to deliver Brexit. And for now, that is what he intends to do. 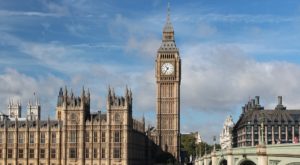 WHAT COULD HAPPEN NEXT?