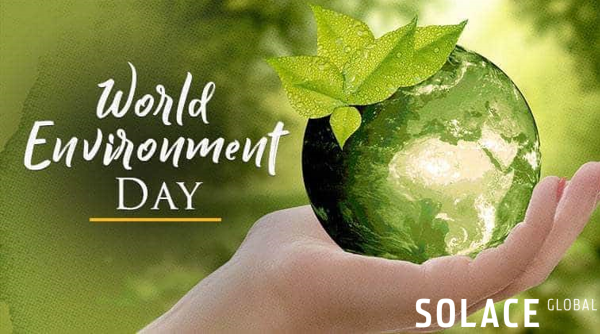 World Environment Day is organised to raise awareness on emerging environmental issues which are affecting the well-being of communities as well as the economic development of nations across the world. It takes place every 5 June and it is widely celebrated in more than 100 countries. Every World Environment Day has a host nation where the official celebrations will take place with a yearly theme.

The theme for 2019 is Air Pollution and will be hosted by China, a country where air pollution is an ongoing and pressing challenge. For example, Beijing suffers from some of the worst air pollution globally and even has a term coined to describe symptoms when in the capital; the Beijing cough. This pollution can be attributed to several factors, which include a drastic increase in industrial production, in the number of motorized vehicles, population and manufacturing growth. Despite this, in recent years, China introduced several great initiatives for tackling air pollution through the development of its green energy sector and aggressive tactics designed to cut emissions.

As a result, China is now the world’s leading country in electricity production from renewable energy. In addition, the Chinese government has successfully started collecting an environmental tax to help fund environment-related policies and green investment, especially on car ownership in great metropolitan areas like Beijing and Shanghai. Zhao Yingmin, the head of Chinese delegation at the fourth United Nations Environment Assembly, stated that this a strong opportunity for China to highlight its drive to innovation and progress towards a cleaner environment. 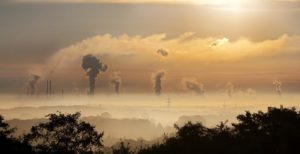 Pollutants affect earth’s climate and ecosystems around the globe. Although, they seem to be two different and distinct issues, air pollution and climate change are closely related. Increased combustion of fossil fuels contributes to progressive changes in the atmosphere. Carbon dioxide, black carbon and methane are the leading causes of global warming. Consequently, climate change is increasing the risk of extreme weather events including; droughts, flooding and heatwaves.

Moreover, through the rapid acceleration of technology, humans are consuming and producing on an unprecedented scale and, as a result, more harmful gases are emitted into the atmosphere. This has not only repercussions on the environment but also on people’s health. As the below statistics show, air pollution is a public health issue globally:

The World Health Organisations explains that poor air quality leads to chronic respiratory diseases, the development of allergies, and even premature death. The breathing in of polluted air is estimated to take up to two years off an average human life. Official statistics show that cities with the worst air quality include; Cairo, Delhi, Hong Kong, Manila, and Mexico City. In addition to this, smog can also affect rural areas. Air pollution index often depends on weather patterns, land topography, and whether polluting industries are nearby. Recent studies show that nine out of ten people worldwide breathe polluted air.

The exposure to pollutant has a significant impact on the health of travellers. Experts suggest that poor air quality can have an immediate impact on an individual’s health. Common symptoms of exposure to poor air quality include: shortness of breath, nausea, headache and breathing issues. Personal factors also contribute to exacerbating the effects of poor air quality on health. The traveller’s general health and wellbeing are factors to consider, pre-existing medical issues such as respiratory problems or allergies are factors that can influence how an individual reacts to pollutants. Age also needs to be taken into consideration: the elderly and children are more susceptible to air pollution-related illness.

The length of the stay and the destination can also affect how much a traveller’s body reacts to poor air quality. A longer trip means that the individual will be exposed to pollutants for a longer amount of time. In addition to this, urban areas are known to have higher pollution levels than rural destinations. Weather patterns and seasonal changes also affect the quality of the air in certain parts of the world.

Whilst planning a trip and throughout the stay, travellers should consider the below factors to help mitigate the effects of air pollution.